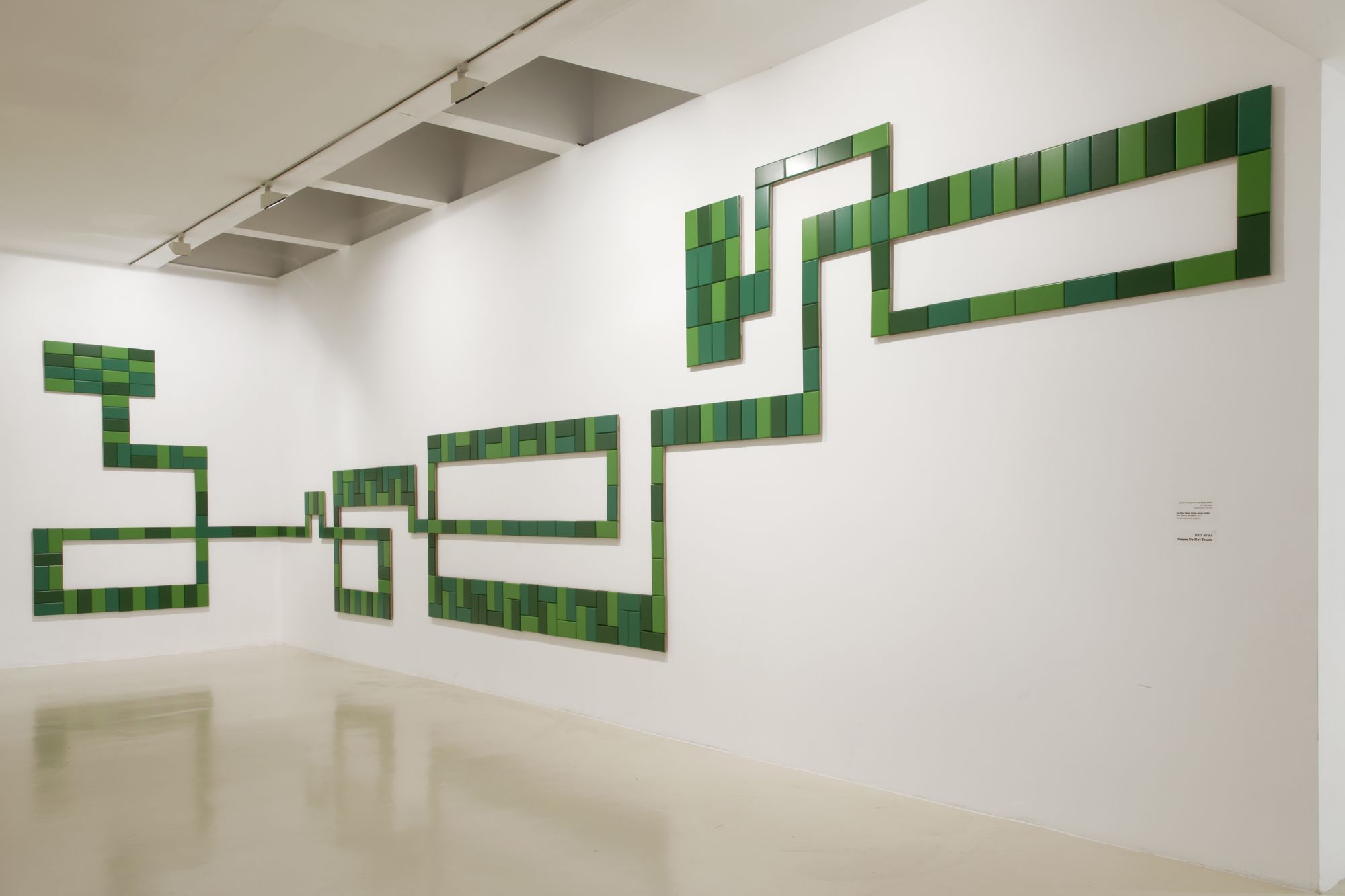 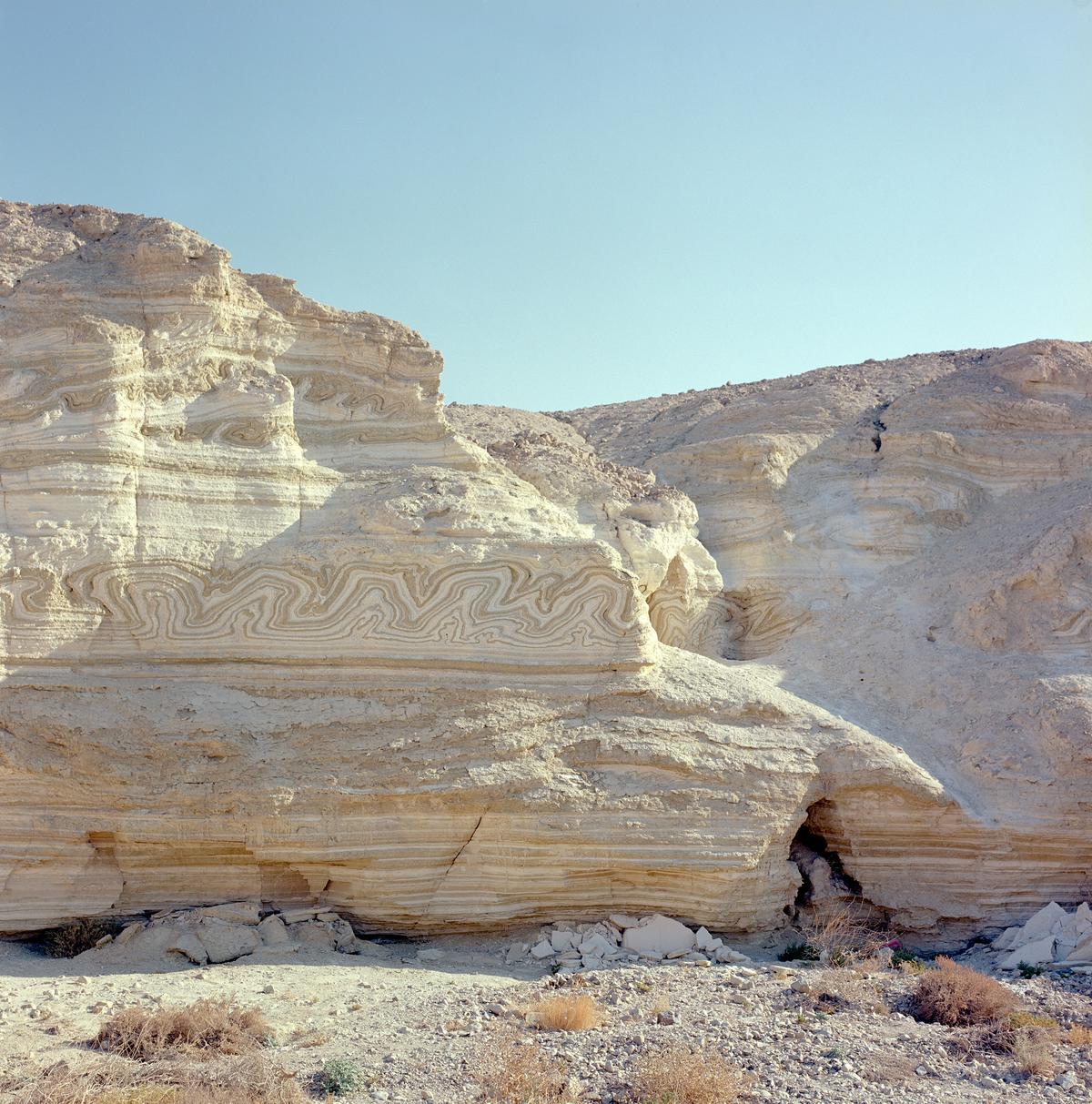 The Museum of Contemporary Art Chicago presents the first solo museum exhibition of Israeli-born, Chicago-based artist Assaf Evron in Chicago Works: Assaf Evron. Evron's works center on the 'meander' design, a popular decorative pattern based on the natural curves of rivers and streams found since ancient times. Evron shows how the meander motif runs across continents, cultures, and styles of design, connecting famous landmarks in Israel to the ornamental facades of Chicago's iconic buildings. Presented in partnership with the 2019 Chicago Architecture Biennial, Chicago Works: Assaf Evron is on view from July 23, 2019 to February 16, 2020.

A former photojournalist, Evron is fascinated by architecture and the spread of decorative elements across cultures and locations. In his 2018 work, Untitled (Zedekiah's Cave), Evron creates a geometric collage of the organic meandering textures and colors of Zedekiah's Cave, an ancient manmade limestone quarry that runs underneath the Muslim quarter of the Old City in Jerusalem. Evron captured the meander design in nature in Untitled (Sodom and Gomorrah), a vivid print of the weathered sedimentation lines on Mount Sodom, a mountain in the Judaean Desert along the Dead Sea.

For his installation Untitled (Kikar Rabin, American Accents), Evron re-creates the linear pattern of the meander in the geometric 'Greek key' design used on the stone pavement of Rabin Square, a popular public gathering space and common venue for parades, protests, and public events in Tel Aviv. A meandering symbol, the significance of the 'Greek key' design depends on the times and contexts in which it appears.

Other works, such as Untitled (The Monadnock Building South, 1893, Holabird & Roche, Dearborn and Jackson), trace the meander design from natural landscapes in his native Israel to modern architecture in Chicago. The photo, cut into the shape of an ancient Greek wine vessel, captures a detail of the lines and textures of the famous Monadnock Building on Jackson Boulevard in downtown Chicago, creating the illusion of two worlds colliding. Another work features the Marquette Building on Adams Street in the bustling Chicago Loop, bearing a likeness to the peaceful ancient landscapes of Israel. While both buildings were constructed in the 'Chicago School' style, Evron explores the buildings' visual attributes and their similarities to sites in Israel.Chicago Works: Assaf Evron was organized by former MCA Postdoctoral Curatorial Fellow Charlotte Ickes.

ABOUT THE ARTIST
Assaf Evron was born in Israel in 1977, and earned a MA from the Cohn Institute at Tel Aviv University and a MFA from the School of the Art Institute of Chicago (SAIC). He previously worked as a photojournalist at a daily newspaper in Israel and as a scuba instructor in Zanzibar. He has received numerous awards and grants including the Gerard Levy Prize from the Israel Museum, Jerusalem; the James Weinstein Fellowship from SAIC; the Israeli Ministry of Culture and Education Prize for Young Artists; and honorable mention for the Snyder Prize at the Museum of Contemporary Photography, Chicago. Evron has completed architectural photographic commissions for the Chicago Architecture Biennial and the 12th Venice Biennial for Architecture. He lives and works in Tel Aviv and Chicago.