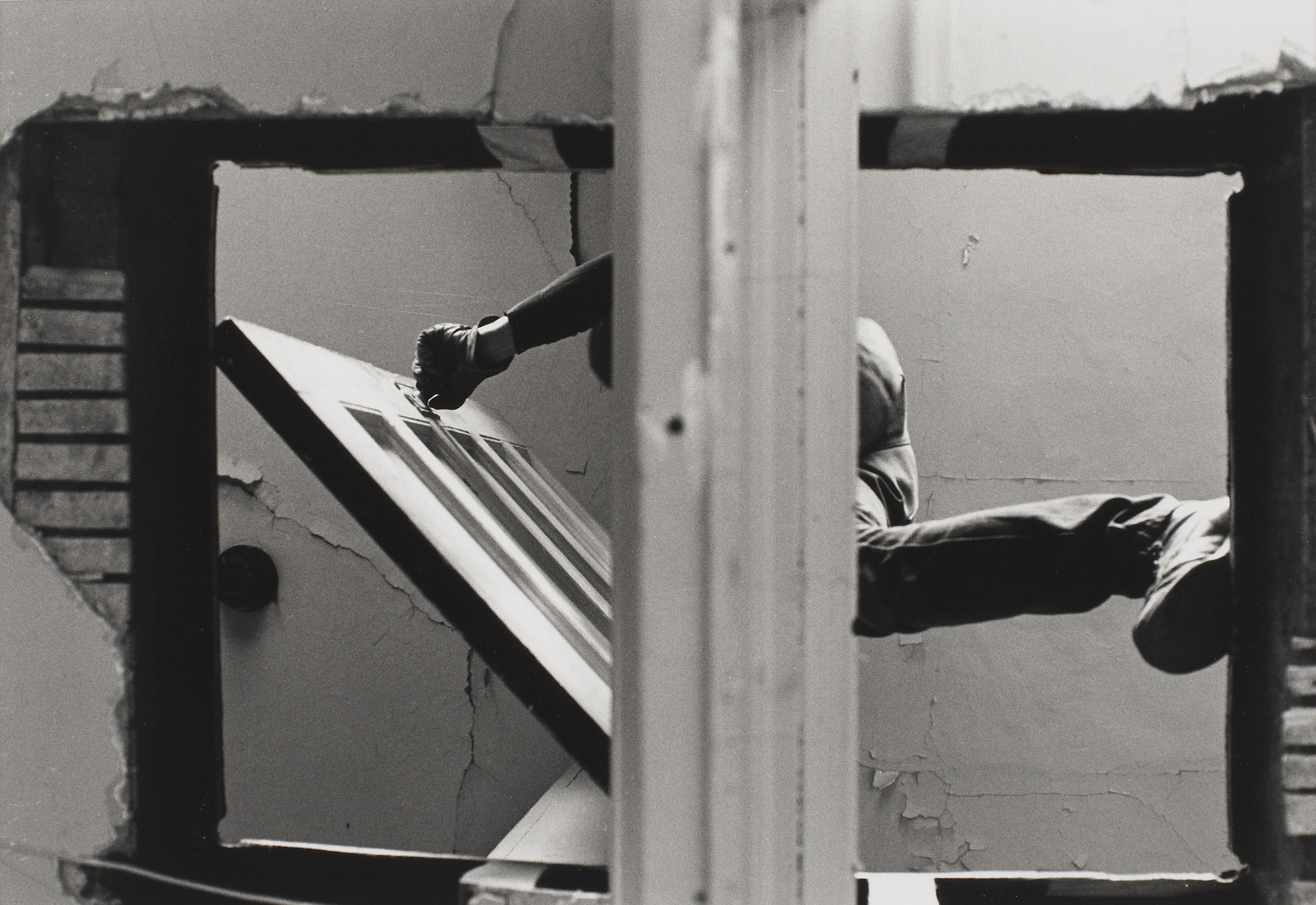 Best known for his monumental cuts, holes, apertures, and excisions to the facades of derelict homes and historic buildings in New York, New Jersey, Chicago, and abroad, Gordon Matta-Clark’s work conveys a potent critique of architecture's role in relation to the capitalist system. Taking his 1970s series of Bronx “cuts” as a point of departure and entry into his engaged exploration of the city as a field of action, Gordon Matta-Clark: Anarchitect examines the artist’s pioneering social, relational, and activist approach. The survey highlights the political dialogue inherent in Matta-Clark’s artistic interventions, from his concern for the extreme plight of the homeless, his interest in direct community engagement, his belief that we should expand our lived experience of a city into its underground and inaccessible spaces, and his commentary on development and socioeconomic stratification.