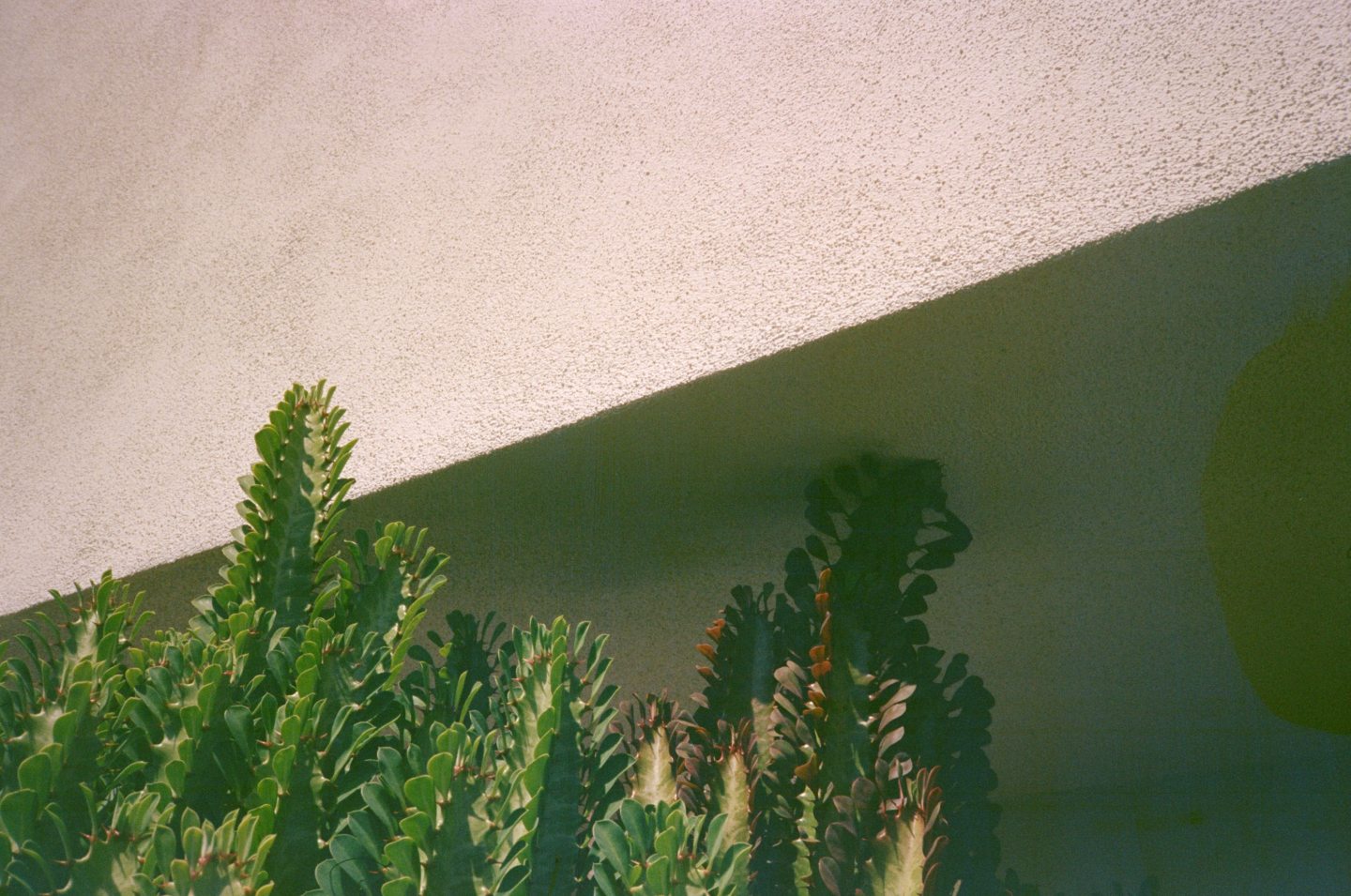 Sam Falls creates vanitas and his works are characterized by unspoken dichotomies: transience and permanence, life and death, attainment and disappearance. A sense of temporality permeates his paintings, photographs, and installations in a way reminiscent of art historical practices. Symbolism in nature is central to the painting tradition – one can recall the baroque bouquets of Caravaggio and Chadin, or the flora of Botticelli and Odilon Redon. Falls stands firmly within this tradition while simultaneously following in the footsteps of modernism and conceptual art. A visual language emerges from the synthesis of the two traditions, as many of Falls’ works are created with the assistance of nature herself. The artistic act is in the recontexualized interaction and dynamic of color, plants, rain, light, and air to create new, largely uncontrolled compositions.

To create his paintings, Falls takes a canvas, plants, and dyes to an outdoor location – his garden in Los Angeles, the forest, a beach, or wherever he might go – and positions the canvas on the ground, and places the plants and dyes on top. He surrenders the final composition to the elements, letting the natural precipitation and sun exposure active the dyes, leaving a silhouette of the plants beneath. As winds subtly shift, so to do the plants and dyes, leaving a lasting visual memory of what has occurred. Botanist Anna Atkins published the first book of photographic images in 1843 when she made cyanotype photographs of plants and ferns through a similar process of sun exposure. Falls again merges areas of his practice to create single compositions, as he emulates the cyanotype process with the use of colors on canvas.

The natural, performative act inherent to Falls’ paintings and the indiscriminate way in which the elements act upon the canvas transform a single image into a narrative. Each painting gives the viewer a glimpse into transience lived in real time. In this way he captures the dichotomies stated earlier. The artist goes outdoors and submits to the constant yet ever changing natural world. His painting exhibited at CAPRI was created for this exhibition during Falls’ time in France this past Spring.

His helium balloons also reference the passage of time. Falls formed their transparent contours after outlining the bodies of his family and friends. He speaks of “microcosms of aging”: though at first they float high in the room, full of energy and life, over the course of the exhibition they drop lower until they lie feebly on the ground. This installation dialogues with the photograph also exhibited that shows two tombstones of a married couple. Stone is often seen as indestructible and permanent this images stands in opposition to that supposition, in this case marking the life and death of a couple while simultaneously fading away. The photograph in the window sits in a lightbox that is lit by daylight, its intensity dependent upon the sun and its position, until it becomes unreadable and invisible at night.

Sam Falls, born in San Diego, California in 1984, now lives and works in Los Angeles. Recent solo exhibitions include the Hammer Museum, Los Angeles, The Kitchen, New York, Ballroom Marfa, Texas, and the Fondazione Giuliani, Rome. Last year he was featured in group shows at the Frankfurther Kunstverein and the Sydney Biennale. He is currently exhibiting works at the High Line, New York and will be exhibiting works of sculpture at the Crystal Bridges Museum, Bentonville.