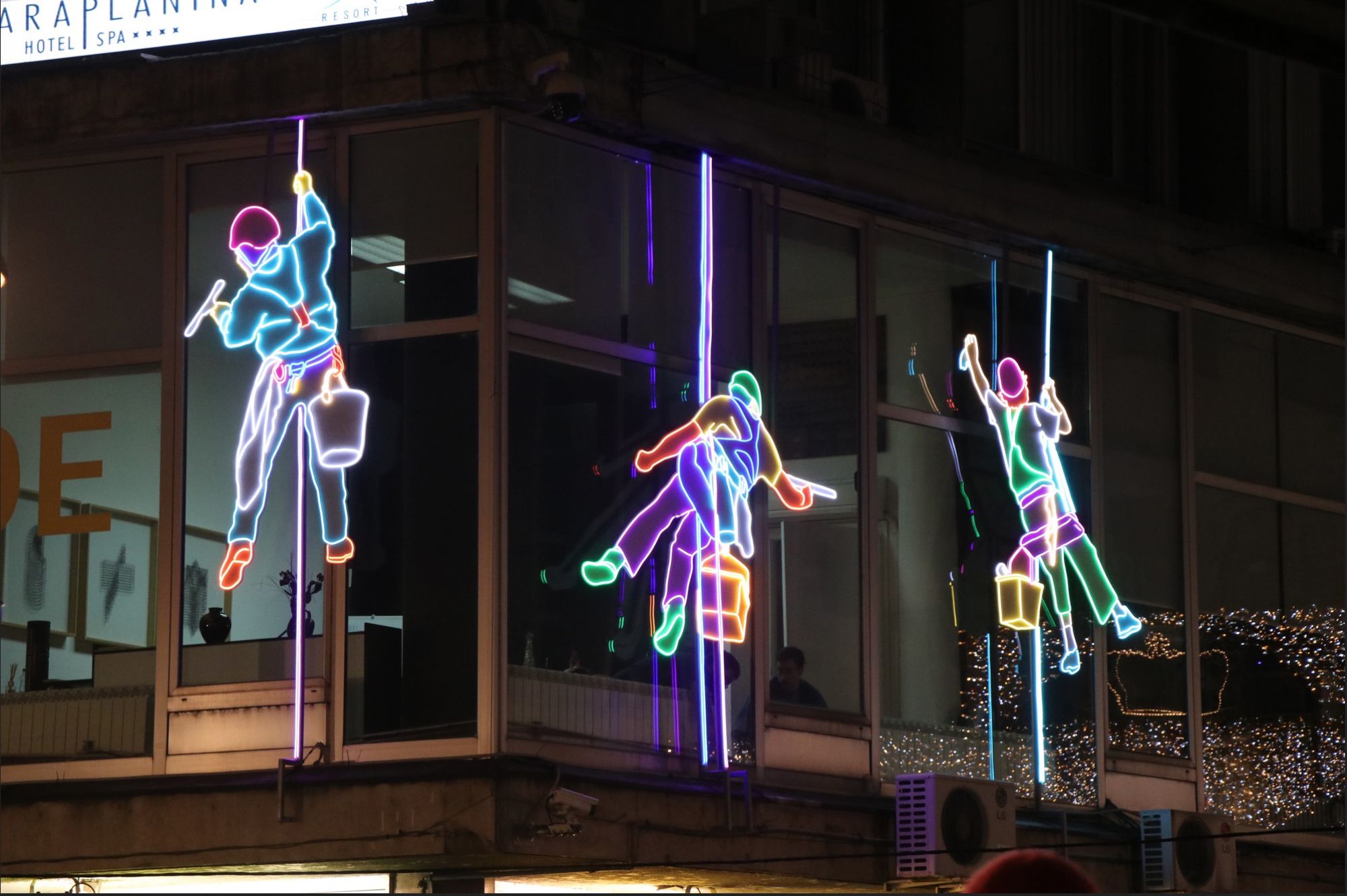 July 13, 2020 – Founded by the city of Belgrade in 1960, with the support of the Ministry of Culture and Information of the Republic of Serbia, the October Salon | Belgrade Biennale is one of the most important cultural events in the Balkan area.

This year, due to the global health emergency, the 2020 edition scheduled for September almost got canceled, but the Cultural Center of Belgrade has instead confirmed the exhibition and announced the new dates: the 58th October Salon | Belgrade Biennale 2020 will be held from October 16 to November 22, 2020.

With over 50 participating artists, the Biennale – entitled THE DREAMERS and curated by Ilaria Marotta and Andrea Baccin – has been rethought and adapted according to the necessary distancing measures and to the restrictions on access to public places, thanks to a joint work by the Cultural Center of Belgrade, the curatorial staff and the city authorities.

THE DREAMERS investigate the complexity of the times we live in, not only by questioning the ambiguous nature of reality but also by investigating the space of dreams, intended as a place of freedom capable of undermining the certainties of the real world, of acquired knowledge, of our beliefs.

In a world where cultural, religious, expression and gender barriers arise, artists respond by building new worlds and spaces.

“The dream” – Ian Cheng wrote in the exhibition’s catalogue – “is to be able to possess the agency to create Worlds—now more than ever—not just inherit and live within existing ones.”

Now that the massive development of technology makes philosophical questions about what can truly be considered real almost redundant, the possibility of creating and living in an ‘other’ space seems to represent an alternative to the reality of the outside world. What is this space? Is it closer to the real or to the dreamlike dimension? Even if the virtual does not necessarily have the appearance of a dream it is for sure connected with our dreams. And, as dreams, “it has absorbed and replaced reality itself [...] on the one hand there is the real world, and on the other there is unreality, imagination, dream”.

Dreams can thus help us rethink our relationship with reality and with the transformations occurring in our time.

The exhibition, which will be held in the spaces of the Belgrade City Museum Building in Resavska and the Cultural Centre of Belgrade Movie Theatre, will also involve Radio Belgrade, the BIGZ Building, one of the most representative buildings of post-war Serbian architecture, the DIM club, a place of the city’s alternative culture, and other public places.

While the Belgrade City Museum Building in Resavska will host the greater part of the exhibition – which will consist of a total of over 100 works, including 20 new productions – the Cultural Centre of Belgrade Movie Theatre, a place deeply associated with the cultural life of the city, will host a program of films by Anri Sala, Mark Leckey, Cyprien Gaillard, Nico Vascellari, Cécile B. Evans and Marianna Simnett; various city exhibition venues will host performances by Nora Turato, Sanja Ćopić and Sonja Radaković, while Than Hussein Clark will use the Radio Belgrade Channel 2 for 2 episodes of a 16-episode radio play. THE DREAMERS will be completed by a series of interventions carried out in public places, with works by Alex Israel, Alex Da Corte, Nora Turato, and an installation by Cyprien Gaillard, which the artist has donated to the city and which will become permanent.

THE DREAMERS will be augmented by a soundtrack created by the musician and composer Mauro Hertig (1989), and by a temporary bookshop by Alexis Zavialoff, founder of Motto Distribution, and offering a selection of written works including magazines, artist books, essays and catalogs.

The catalog – published in English and Serbian double edition by the Cultural Center of Belgrade, in collaboration with CURA.BOOKS – will include a text by Ian Cheng, as his contribution to the show and texts by Ilaria Marotta and Andrea Baccin, Hans Ulrich Obrist, Emanuele Coccia, Giulia Bini, a conversation between Ben Vickers and Kenric McDowell, and a large iconographic atlas of works with an introduction by Costanza Paissan. The catalog will end with an original section dedicated to artist dreams, inspired by the book Sogni/Dreams published by Hans Ulrich Obrist and Francesco Bonami in 1999, which collects unpublished writings and visual works and a rich collection of bibliographical and cinema references by the artists themselves. The brand identity was created by CURA. in collaboration with Dan Solbach.