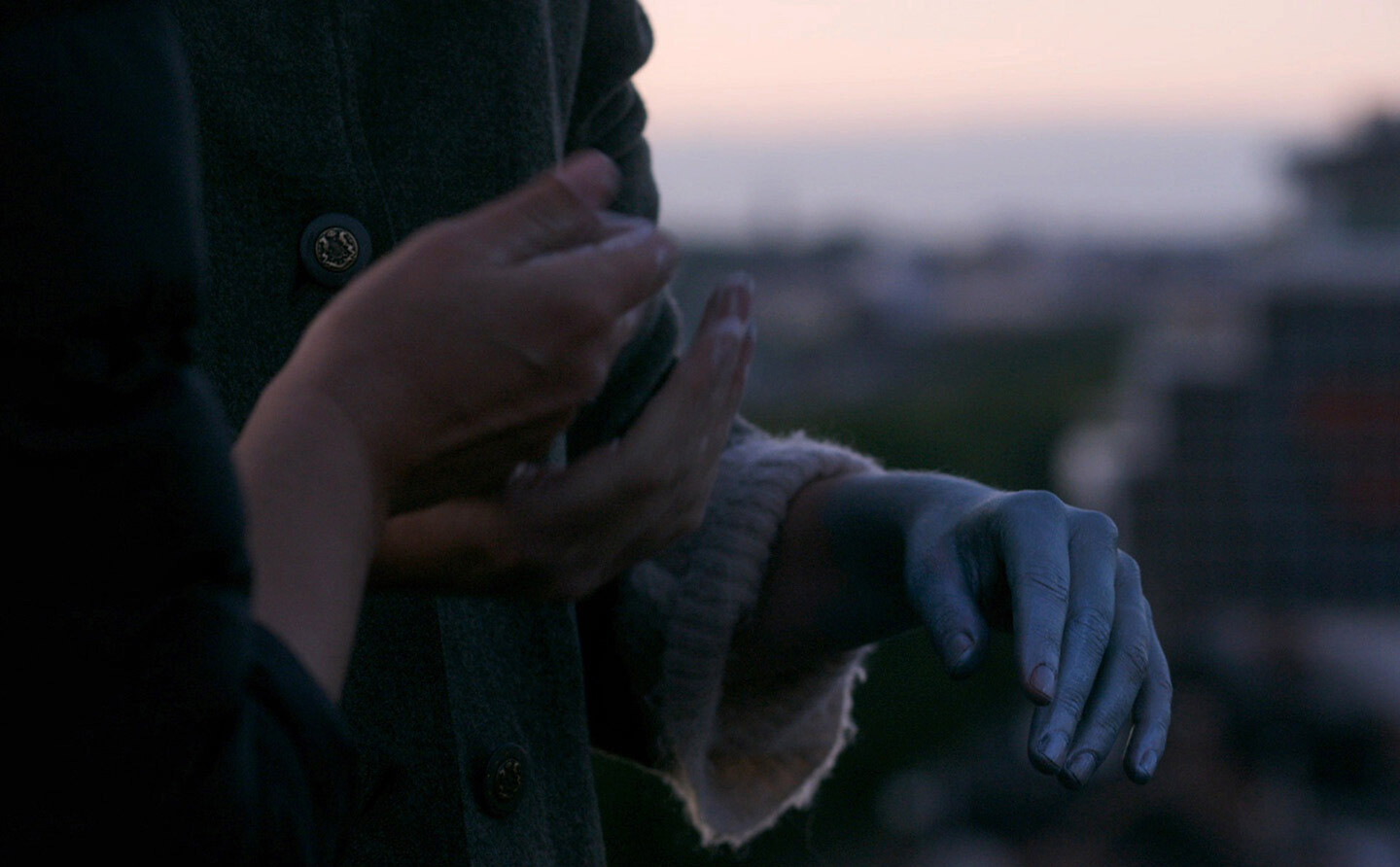 The work of artist and filmmaker Alex Reynolds (b. 1978, Bilbao) is constantly driven to explore our modes of relation and affection, particularly as they appear embodied in the cinematic language. Altering narrative structures, commands and rhythms in production, playing with the conventions of acting and storytelling, as well as the role of the viewer in them, the artist finds ways to defy our perception beyond the perimeter of the screen and the realm of images. Thus she transforms objects and events in and out of the exhibition space as well, suspending the automatisms of meaning.

This exhibition presents three recent works by Reynolds, between which a triangulation of ideas—the norm, the acting hand, the singing voice—circulates ceaselessly. The musicality of the exhibition's title is itself reminiscent of the song structure, and accompanies the viewer throughout her visit like a ritornello. The film Palais, shot in Brussels inside the imposing architecture of the Palace of Justice, presents a silent walkthrough of the labyrinthine administrative facilities of a 19th-century building. Intimations of curiosity, humorous mischief, and uncanny trepidation seem to overlap as we follow the camera which follows the hand through the doors, corridors, and elevators of a monumental space marked by imperial iconography. In the same gallery, a tuning fork is presented and surreptitiously vibrates through the air. Traditionally used for tuning musical instruments, the object exhibited here has been custom-made to evoke the exact voice pitch of a person known to the artist, and after whose name—Justine—the piece is titled.

Also on view will be Reynolds’s most recent film work, made in collaboration with Swedish choreographer Alma Söderberg. Co-produced by the Guggenheim Museum Bilbao and premiering internationally in this exhibition, The Hand that Sings builds a web of connecting gestures, voicings, and images in time. These elements appear to mimic each other, following open sequences and chain reactions: from the quasi-ritualized extraction of oak bark in Extremadura during the yearly cork harvest, to the peeling of an orange before a handheld fire, or the act of washing someone’s hand; from the tremor of leaves to that of a voice, to a bird’s flapping wings in the distance or, again, the feedback loop between the performer’s chant and hand movements. Words in Spanish and English are traded over a rooftop as we get a glimpse of the Palace of Justice in the Brussels skyline. Sensorial resistance to fixity and hierarchy, in order to sustain focus on transformation with all senses engaged in the process, is a key aspect to this new work. Both free-form and minutely composed, contemplative and fast, The Hand that Sings proposes a lyrical interplay of correspondences where bodies, landscape, and the camera jointly perform, attuned to one another.