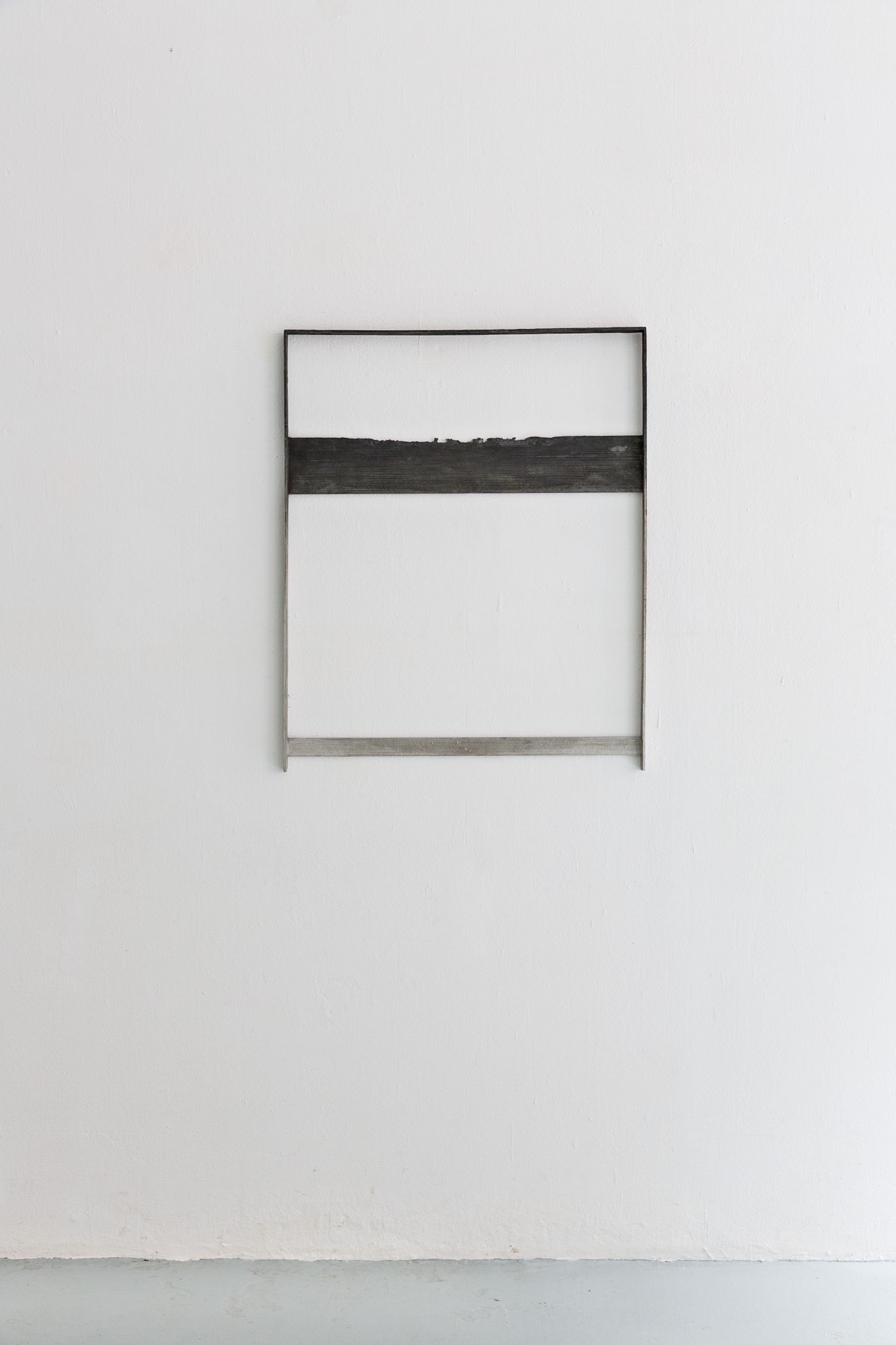 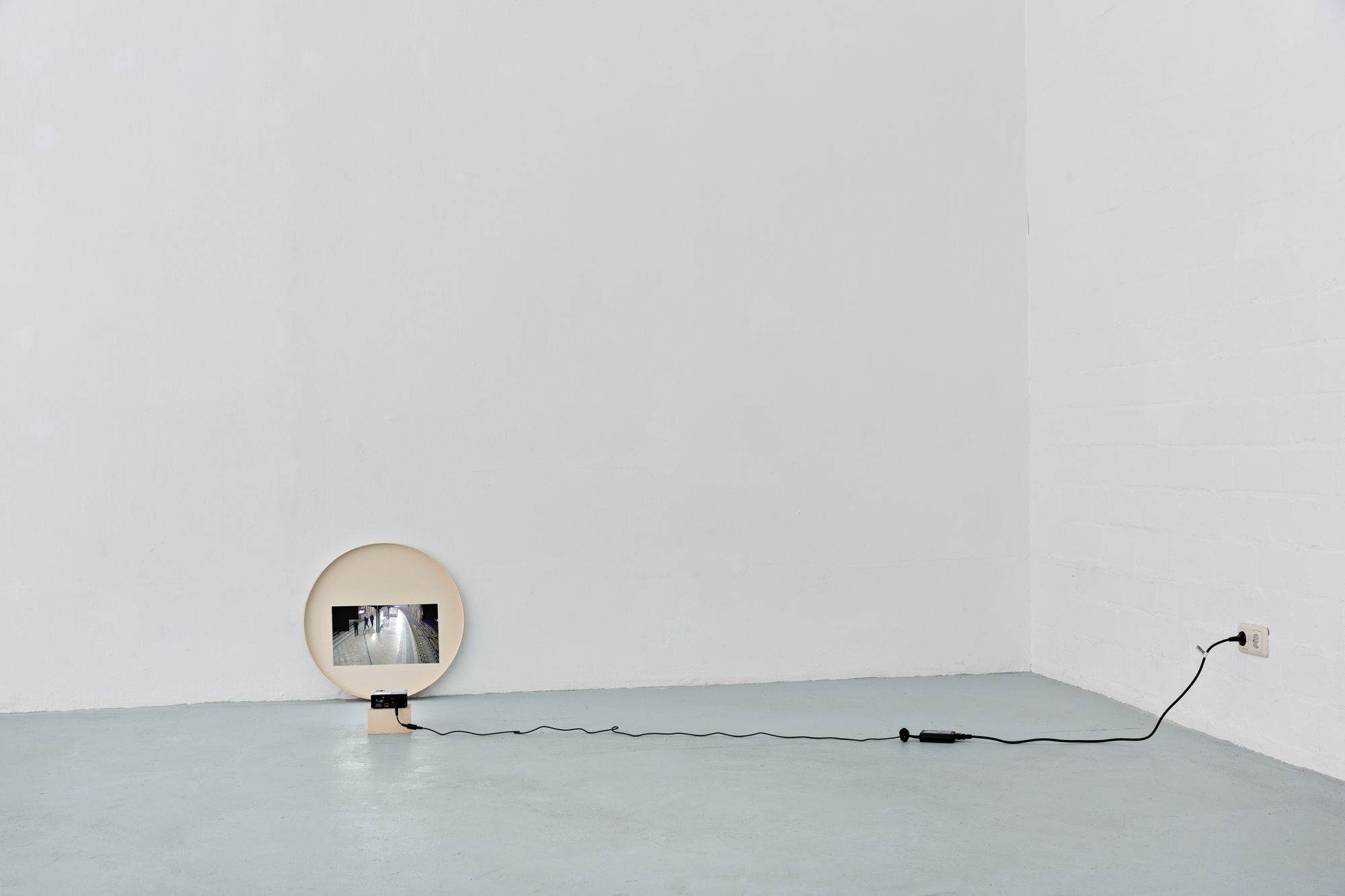 Although the impulse suggests itself—for why should two artistic positions be presented together, if they are not placed in relation to each other—Anita Leisz' and Ulla Rossek’s works can hardly be reduced to a common denominator. They deal neither with comparable thematic nor with similar formal issues. Yet there is a level on which they correspond, even if it is more difficult to grasp than the differences between the two positions.

The works of Anita Leisz can be described as rectangular sculptures or objects of varying sizes. They are made of industrially produced materials and appear hermetic and all but self-referential in their clarity and austere poetry, even though they are indeed set in relation to the space, the human body, and the architecture in the gallery space. Ulla Rossek’s works, on the other hand, are based on content-related research and thus on an outside that can be named and accessed. Based on her thematic interests in the nuclear family as an ideal social construction and the technique of standardization, as well as in the relationship between psychoanalysis and money, to mention a few themes, Rossek translates her considerations into the most various aesthetic languages and formal analogies, as if the respective topic were searching for its form.

What is more interesting than these briefly outlined differences in the considerations for the exhibition, however, is the origin of the interest in bringing both positions together in conceptual terms, despite all disparities. This interest lies in a vague commonality that runs like a fine thread from artwork to artwork. It could perhaps best be described as the “volume” of speaking. Rossek’s works are created in a very slow work process and are based on extremely reduced and sparse gestures. It’s almost as if she were trying as long as possible to avoid something like “art” emerging in the form of an object. Among other works she exhibits in Lüneburg is the mere model of an expansive coconut filled with coins, which is in turn placed inside a model of the exhibition space. It is not a production, then, but an accumulation of myriad thoughts and an endless amount of time invested in a small object that only alludes to something, but is there all the same, something that takes place in the mind and is thus anything but “loud.” Rossek’s works are by no means defensive, though, but very clear, decisive, and pointed in their unobtrusiveness.

As if Anita Leisz, too, disdained any kind of verbosity and superfluity, her works reveal extreme reduction and strictness, and despite—or precisely because of—their extreme simplicity and precision, possess a very strong presence. Devoted to details, she creates the pieces in a work and processing procedure that results in a necessity. This concentration dedicated to each concrete object, each specific problem, and not to the idea or notion of the objects in general, lends her works an energy, charge, and tension bearing witness to the fact that thousands of meticulous decisions have been bundled, stored, and “boiled down” in a highly concentrated way. And perhaps it is to preserve this concentration that Leisz’ works have to be so hermetic, as well.