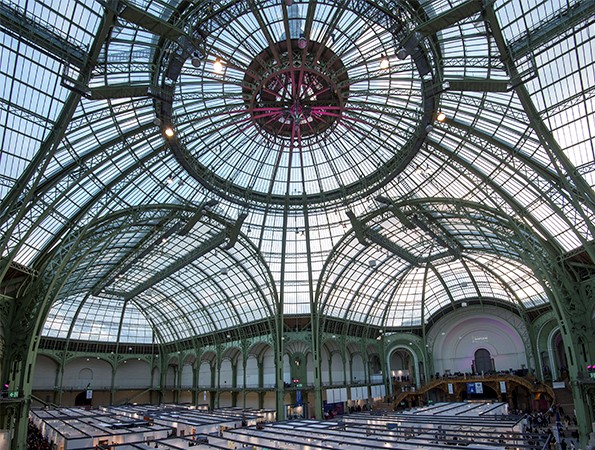 In the 20 years since its first edition, Art Paris has become Paris’s must-see spring fair for modern and contemporary art, once again bringing together more than 150 galleries from over 20 different countries with a total of almost 1,000 artists.

Combining leading names in the art world and astounding discoveries from all over Europe, not forgetting a cosmopolitan approach to African, Asian, Latin American and Middle Eastern art from the post-war period to the present day, Art Paris demonstrates a passion for art in all its forms, encouraged in this by fair director Guillaume Piens. In addition, Art Paris boasts a strong editorial line that asserts the fair’s identity as one that favours passion for art over speculation and which dares to tread new paths. Not only is Art Paris neither too big, nor too small, it is hosted in a magnificent setting, the Grand Palais.

After women artists and Latin America in 2019, this year Art Paris pays tribute to the rich and dynamic French art scene in a focus curated by Gaël Charbau and invites you to discover the buzzing art scenes of Southern Europe’s major cities (Barcelona, Lisbon, Madrid and Porto).

Art Paris will be held once again at the Grand Palais in 2020, before becoming the first art event to move into the ephemeral Grand Palais that will be installed on the Champ de Mars in 2021, while renovation work is carried out on the historic Parisian monument.

An Overview of the French Art Scene: Common and Uncommon Stories
Art Paris supports the French scene by associating an exhibition curator’s subjective, historical and critical point of view with a selection of specific projects by French artists presented by participating galleries. For Common and Uncommon Stories, independent curator and art critic Gaël Charbau will select twenty artists whose works highlight narrative notions and tell unique and universal stories.

Guest curator: Gaël Charbau, independent curator and art critic.
In 2003, Gaël Charbau founded the contemporary art journal Particules. He curates the Audi Talents awards and is the director of the Bourse Révélations Emerige, which supports emerging artists working in France. He regularly organises exhibitions in Europe and Asia and works with various institutions, programmes and patrons. He is the artistic advisor for Universcience (Palais de la Découverte and Cité des Sciences) and was the artistic director for Nuit Blanche 2018.

Southern Stars: Barcelona, Lisbon, Madrid and Porto
After Latin America, the 2020 edition of Art Paris is looking towards the Iberian Peninsula and the remarkable revival of the Barcelona, Lisbon, Madrid and Porto art scenes. The focus, led by independent curator Carolina Grau, will showcase the specific personality of each of these flourishing cities with a selection of galleries, artists and additional projects, such as a video programme, conferences and installations, which will combine to illustrate the artistic awakening of Spain and Portugal

Guest curator: Carolina Grau, independent exhibition curator
Carolina Grau has been working as an independent curator specialising in contemporary art for the last two decades. She has produced exhibitions for a wide range of institutions in the public and private sector in the United Kingdom, the USA, France, Portugal, Brazil, Italy and Spain, working both with established and upcoming artists. Grau was co-founder and co-curator of the Biennale of Jafre (2003 to 2015) and associate curator at the Arquipélago Centro de Artes Contemporaneas (Azores) in 2017. In 2019, she curated the mid-career retrospective of Spanish artist Angela de la Cruz at CGAC Santiago de Compostela and she is currently working on the solo exhibition of Portuguese artist Vasco Barata for the MAAT (Lisbon).

Promises: supporting young galleries and emerging artists
The “Promises” sector is located in the central part of the Grand Palais. It showcases 14 galleries with less than six years of existence, each of which will be presenting between one and three emerging artists. In this way, Art Paris acts as a catalyst for young French and international artists, offering them and emerging galleries an unprecedentedly high level of visibility in an international art event.