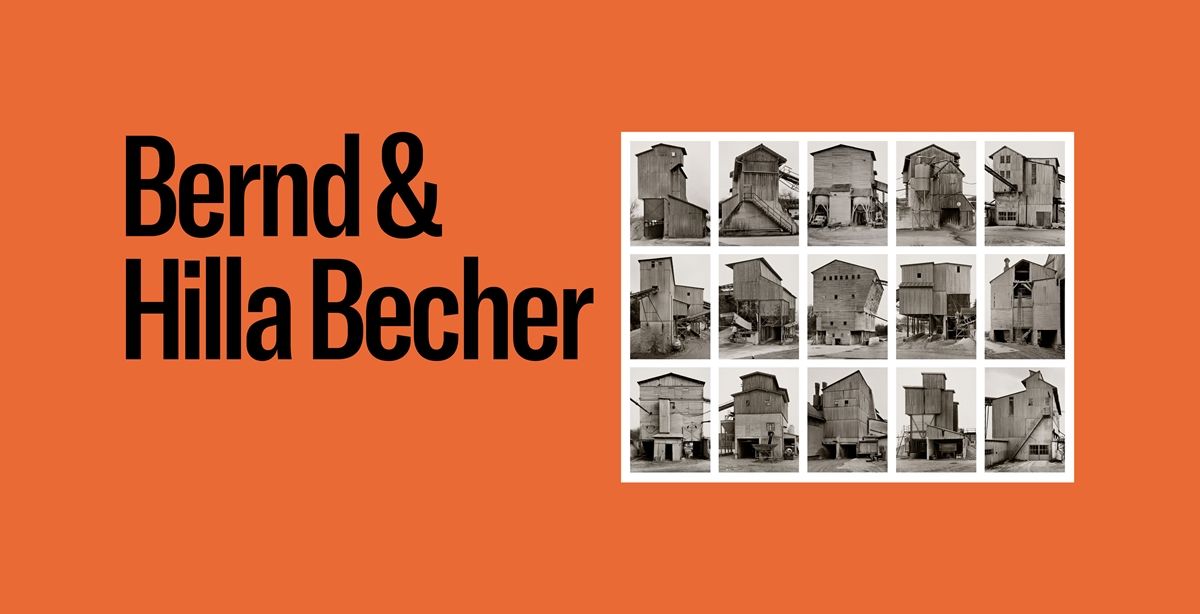 Bernd and Hilla Becher (1931–2007; 1934–2015) are widely considered the most influential German photographers of the postwar period. Working as a rare artist couple, they developed a rigorous practice focused on a single subject: the disappearing industrial architecture of Western Europe and North America that fueled the modern era. Opening at The Metropolitan Museum of Art on July 15, 2022, Bernd & Hilla Becher features some 200 works of art and is the artists’ first posthumous retrospective of their 50-year career. It is organized with full access to the Becher’s comprehensive archive and personal collection of working materials and is the first American retrospective since 1974 (when their mature style was still evolving).

The exhibition is made possible by Joyce Frank Menschel, the Barrie A. and Deedee Wigmore Foundation, the Edward John & Patricia Rosenwald Foundation, and Linda Macklowe. It is organized by The Metropolitan Museum of Art, in association with Studio Bernd & Hilla Becher and Die Photographische Sammlung/SK Stiftung Kultur. “Bernd and Hilla Becher changed the course of late 20th-century photography, and their groundbreaking work continues to influence artists to this day,” said Max Hollein, Marina Kellen French Director of The Met. “It is a privilege to present this first posthumous retrospective and to celebrate their legacy and remarkable artistic achievement.”

Exhibition Overview
The Bechers seemingly objective aesthetic looked back to 19th- and early 20th-century precedents but also resonated with the serial, premeditated progressions of contemporary Minimalism and Conceptual art. Equally significant, their aesthetic challenged the perceived gap between documentary and fine-art photography. The artists used a large-format view camera—similar to those used by 19th-century photographers such as the Bisson Frères in France and Carleton Watkins in the American West—and spurned the handheld, 35 mm roll-film cameras of the type preferred by journalists and pre- and postwar artists such as Henri Cartier-Bresson and Robert Frank. They worked exclusively with black-and-white photographic materials, intentionally avoiding the medium’s inevitable move to color that took place during the 1960s and 1970s, and methodically recorded blast furnaces, winding towers, grain silos, cooling towers, and gas tanks with precision, elegance, and passion. Their standardized approach allowed for comparative analyses of structures that they exhibited in grids of between 4 and 30 photographs. They described these formal arrangements as “typologies” and the buildings themselves as “anonymous sculpture.”

The Bechers had a direct and profound influence on several generations of students at the renowned art academy Kunstakademie Düsseldorf, where Bernd was appointed the first professor of photography in 1976. Among the members of the so-called Becher School or Düsseldorf School of Photography are some of the most recognized German artists of the past 40 years, such as Thomas Struth, Andreas Gursky, Candida Höfer, and Thomas Ruff.

Featured in the exhibition alongside the individual and grids of photographs for which the Bechers are best known are extraordinary works in photography and other media executed by them before and after the formation of their creative partnership in 1959. These rarely seen lithographs, collages, photographs, ink and pencil sketches, Polaroids, and personal snapshots offer a deep understanding of the artists’ working methods and intellectual processes.

Following its debut at The Met, the exhibition will travel to the San Francisco Museum of Modern Art (SFMOMA), where it will be on view from December 17, 2022 through April 2, 2023. Bernd & Hilla Becher is curated by Jeff L. Rosenheim, Joyce Frank Menschel Curator in Charge of the Department of Photographs, with assistance from Virginia McBride, Research Assistant in the Department of Photographs, both at The Met.

The Met developed the exhibition with Max Becher, the artists’ son, and with Gabriele Conrath-Scholl, director of the Photographische Sammlung/SK Stiftung Kultur in Cologne, where the artists’ vast photographic print archive is preserved. The exhibition is accompanied by a scholarly publication, the first posthumous monograph pub-lished on the Bechers. It features essays by Gabriele Conrath-Scholl; Dr. Virginia Heckert, curator of photographs at the J. Paul Getty Museum and an expert on the Bechers; and Lucy Sante, arts critic, essayist, artist, and visiting professor of writing and photography at Bard College. The publication also includes an extensive interview with Max Becher that, together with the essays, introduces and surveys the Bechers’ photographs and the significance of their achievement over a remarkably productive half-century career. The catalogues is made possible by the Mary C. and James W. Fosburgh Publications Fund.