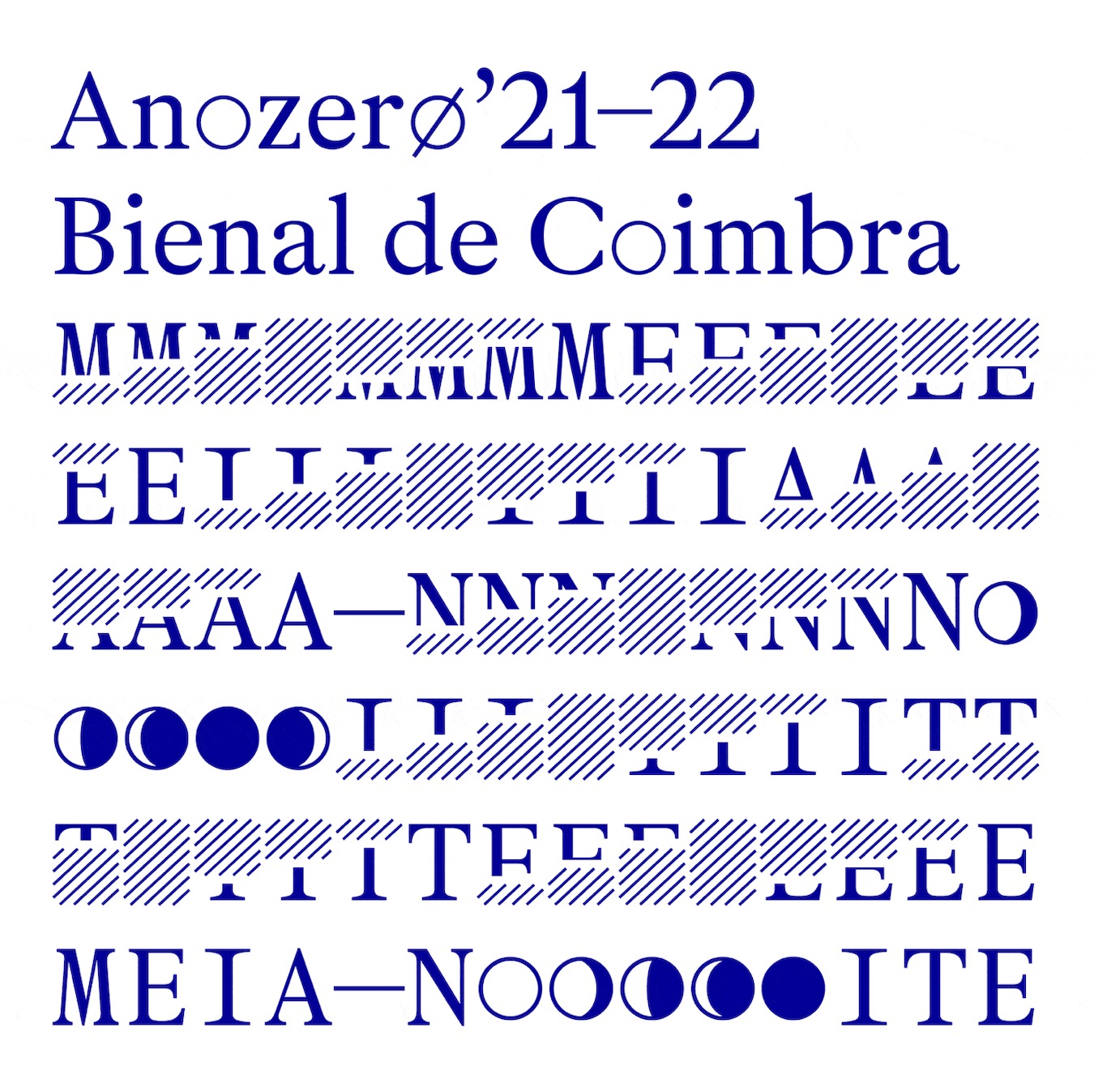 For the first time, the biennial is developed in two parts and extends until 2022:

With the title Meia-Noite (Midnight), the fourth edition of the Anozero’21-22 — Coimbra Biennial of Contemporary Art is curated by Elfi Turpin and Filipa Oliveira and opens on November 27.

Since 2015, Anozero has been organized by the Círculo de Artes Plásticas de Coimbra (CAPC), the City Council of Coimbra, and the University of Coimbra.

The title Meia-Noite comes from thinking the night as “a space of fluidity and of norm-breaking, a place open to other possibilities of vision, knowledge, and interaction, open to other bodies.” For the curators, the night is also “a space that has always been highly contested and lately extremely politicized.”

Inspired by the night, the curators will explore different territories with the aim of developing the concept of fluidity of thought, searching to find possibilities beyond the dichotomies that have been, and continue to be, violently imposed by Western culture. At Anozero’21–22 Meia-Noite, Elfi Turpin and Filipa Oliveira will share methodologies that imply or define varied territories of research, such as poetic relationships between species and beings, post-patriarchal speculations, or alternative forms of knowledge production.

Meia-Noite parte 1 is an exhibition-conversation. In an installation created by Carlos Bunga for Sala da Cidade in Coimbra, a programme of films by Beatriz Santiago Muñoz, Marguerite Duras, Sarah Maldoror, and by Elise Florenty & Marcel Türkowsky will be presented. Carlos Bunga’s installation will also host a set of African sculptures from the Science Museum of the University of Coimbra and a screen on which the four films will be projected. Each film session launches an invitation to different groups of the community to discuss themes that will be researched and developed in the second part of the Biennial, such as diversity, equality, social justice, and knowledge production, poetic relationships between species and beings, and the night as a space of resistance.

This first exhibition-conversation is a call for participation and discussion, which aims to include the audience in the process of developing a Biennale deeply rooted in its community. It approaches art as an inclusive place, a common good, a tool for confronting realities, and a space where collective history is written and practiced from numerous points of view.

Meia-Noite parte 2 will present an exhibition circuit through iconic places in the city, among which are some spaces of the University of Coimbra, which was included in UNESCO’s World Heritage List in 2013. The curatorial proposal emerges from the city itself, establishing connections between contemporary art and the local heritage. The Joanine Library, an 18th-century library, is one of the Biennial’s inspirations: in this fortress of knowledge resides a colony of bats, nocturnal animals that help to preserve the 55,000 books in the Baroque library by eating the insects that would otherwise feed on the books. From poetical and political relationships such as this one, the necessary parallels will emerge to consider the night as a space where the dominant order is weakened, the night as openness, as knowledge, as collective, as mysticism, the night as a creator of alternative narratives and practices, a multiplier of worlds.

Besides the curatorial research and the exhibition circuit, Anozero expands into three other different programmes: Converging, Activation, and Publishing. The Converging Programme hosts a set of parallel activities proposed by artists and artistic structures, aiming to deepen the research on the central theme but also representing an opportunity to strengthen ties with local production. The Activation Programme incites dialogues between different communities and is based on activities such as guided tours, workshops, and open classes, which mediate and encourage interactions between the public, artists, and the artworks. Publishing is a component of particular importance, encompassing the editing of the guide and the catalogue of the Biennial, which compiles, among others, visual essays based on the research of the participating artists.