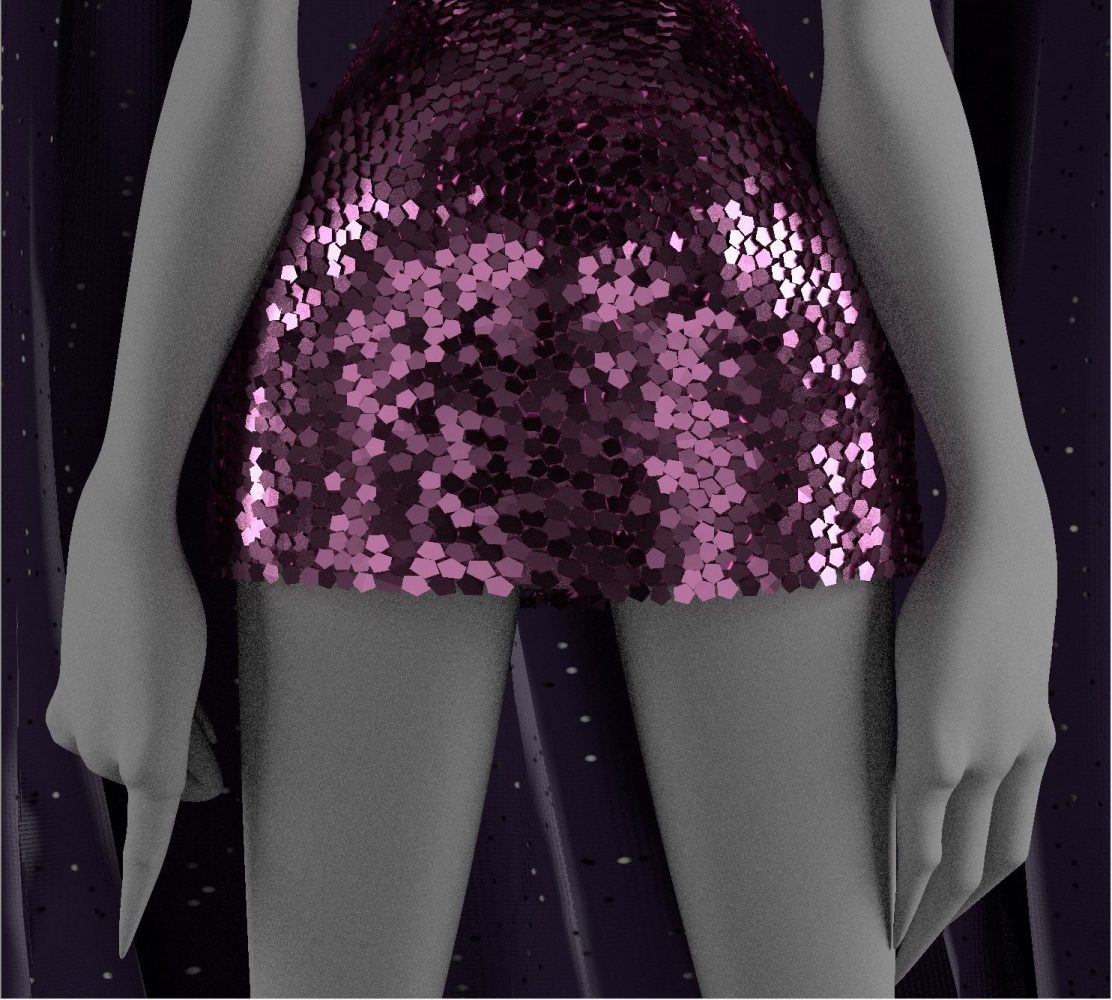 In her multi-faceted practice, the American artist Bunny Rogers creates immersive conceptual landscapes that draw upon a highly personal constellation of television shows, movies, Internet forums, and everyday objects to reflect on experiences of loss, alienation, and intimacy. Rogers’ installations create idiosyncratic narrative worlds that teem with references to people and fictitious characters that have influenced her. These spaces often operate as solemn acts of dedication and tribute, driven by a desire to “make something beautiful” from a place of authentic affection.

In her new exhibition Ms Agony, Rogers softens and domesticates the chess-board, transforming it into pink and blue squares. With its characters of all classes, intrigues, and actions, the meta-fictional structure of chess has a practically narrative quality. Extending throughout the gallery, Rogers’ chess board provides the substrate for the interplay of longing and desire to unfold. Purple roses encased in cement, sculptural portraits of celebrities as utilitarian household objects, partially-decimated stars from the Hollywood Walk of Fame, and a new series of self-portraits as Joan of Arc are some of the figures that populate the board. Chess is a game of perfect duality, a game of opposites. A time-worn game of skill and strategy, a chess match performs the never-ending cycle of the struggle to survive. While the primary definition of agony denotes a state of intense mental and physical suffering, it also implies a passage from one state into another, the final throes of the struggle before death and the birth of something new.
A second chapter of the exhibition will be on view at Thaddeus Ropac, Salzburg in January 2021.

Bunny Rogers (b. 1990, Houston) is a visual artist, poet, and performer based in New York. Her exhibition Self Portrait as clone of Jeanne D’Arc is currently on view at the Hamburger Bahnhof until 28 February 2021. Her work has been exhibited internationally in solo exhibitions at venues including Kunsthaus Bregenz (2020) Museum für Moderne Kunst, Frankfurt (2019); Marciano Art Foundation, Los Angeles (2018); Whitney Museum of Art, New York (2017); and Musée d’Art Moderne, Paris (2015). She has participated in group exhibitions at Fondation Louis Vuitton, Paris (2018); Louisiana Museum of Modern Art, Humlebaek (2017); The Rubell Family Collection, Miami (2016); and Sandretto Re Rebaudengo Foundation, Turin (2015). She is the author of My Apologies Accepted (2014) and Cunny Poem Vol. 1 (2014).