Cecily Brown. The end is a new start 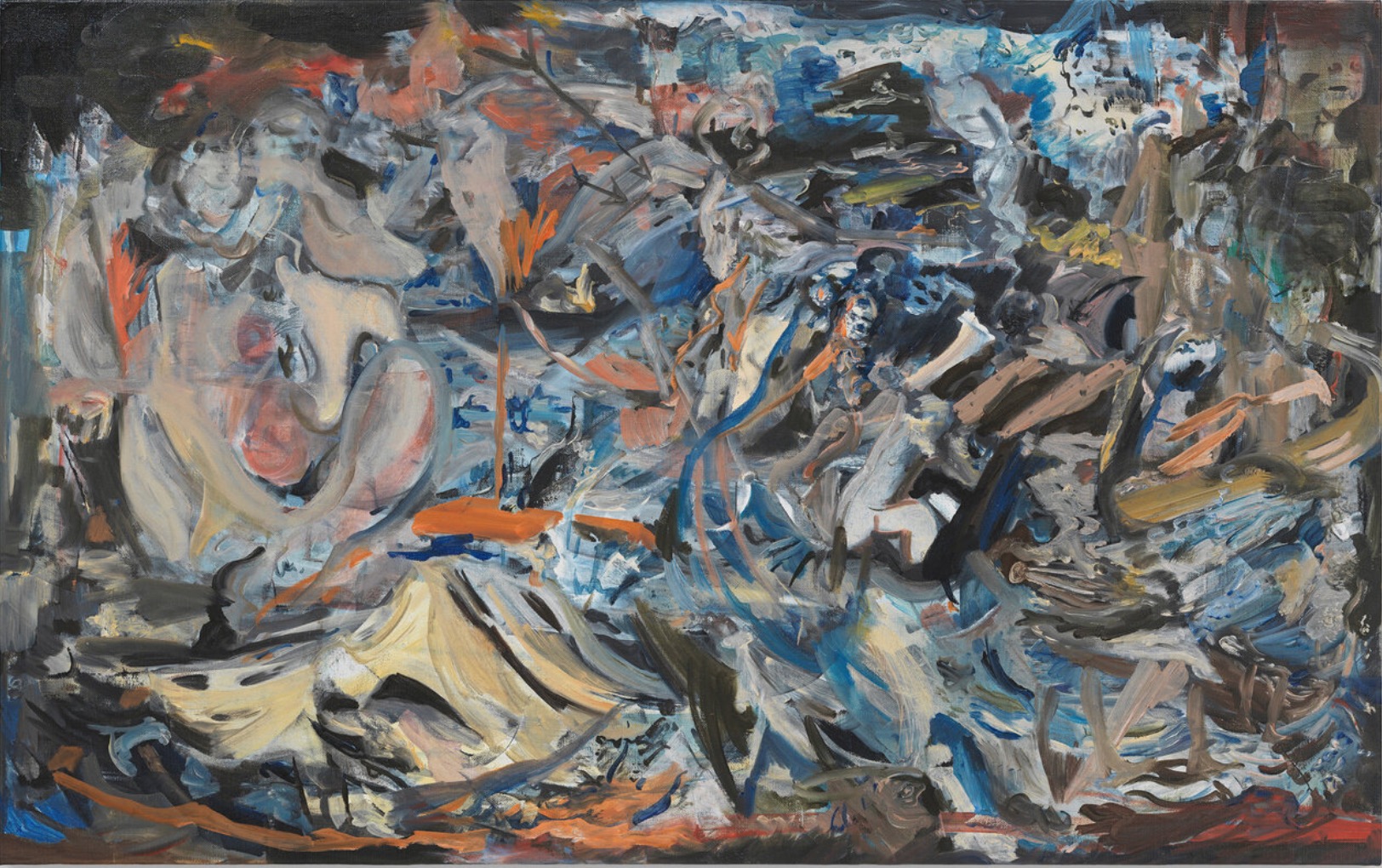 Cecily Brown. The end is a new start

Blum & Poe is pleased to present The end is a new start, Cecily Brown’s first solo exhibition in Japan and her first with the gallery.

Cecily Brown is best known for her large-scale gestural paintings that blend abstraction and figuration, often looking to sources that range widely from the work of old and modern masters to pop album covers in her interrogation of critical themes such as sexuality and desire. In this new suite of twelve paintings, Brown presents two bodies of work—one that continues her recent investigations into historical representations of shipwrecks, and another that looks to major works from her own oeuvre spanning thirty years as fertile grounds for new inquiry.

Over the last few years Brown has fixated her painterly gaze on images of shipwrecks, tracing this trope through history while training her frame of focus on the human drama. Brown’s research has taken her on an art historical journey with the likes of Delacroix, Théodore Géricault, and most recently for this exhibition, William Etty and his The Sirens and Ulysses (1837). Her interpretations often zoom in on certain characters or details, amplifying the sense of urgency and claustrophobia on these vessels on the brink of disaster conjured by the force of nature. In several of the works on view, Brown uses Etty’s painting as a starting point, complicating her thematic pursuit with the presence of the siren as her drama’s nautical source of danger. The Sirens and Ulysses (1837) depicts the scene from Homer's Odyssey in which Ulysses resists the bewitching song of the sirens by having his ship's crew tie him to the mast. The sirens are pictured in the forefront of the painting, singing from their island littered with the carcasses of sailors who ventured before. The siren, or Greek mythology’s femme fatale, embodies the threat of female sexuality as proliferated by a patriarchal narrative. Here, Brown’s choice of canonical fodder seamlessly integrates another investigatory through line from her practice, that which considers the complicated power relationships between men and women.

For Brown, a painting is not finished, but rather it stops at a given point. This lack of, or flexibility in the notion of finality allows for Brown’s paintings to potentially take on many different outcomes. This infinite potentiality, or painting-as-multiverse mentality, is something Brown has sought to bridle with recent techniques that incorporate digitally capturing the painting at a nascent moment, and then printing it at scale on the same linen substrate sometimes several times over. These replicas are then used as beginnings of new paintings. Sometimes the distinction between sister paintings is subtle, whereas in other cases the works differ wildly despite their shared origin. In some cases the print is completely obscured by opaque paint, but as with the four works in The end is a new start that integrate this new methodology, the print shows through more transparent layers of paint and glazes. Brown thinks of this process as akin to “arresting a moment and/or stopping and starting time in a painting.”

The artist’s second body of work on view turns not to old masters or countercultural ephemera, but for the first time, to past milestones of her own oeuvre. Looking to early works from the 1990s and 2000s, Brown uses her own former ideas as catalysts for new investigations. As with Georg Baselitz and his Remix paintings, this grouping of paintings began as a mini retrospective realized in new work, revisiting personal thoughts and objectives through the lens of hindsight. As with her use of printing, Brown frames her relationship to these experiments in repetition in terms of temporality—freezing a moment, revisiting a moment, interpreting the flow of time as flexible and potentialist. As curator Claire Gilman describes it: “Brown’s method has more to do with repetition in the sense explored by French philosopher Gilles Deleuze wherein the gesture does not entail bland proliferation or slavish copying but rather a creative and transgressive action that comprehends meaning as something established over and over again in the moment of its enunciation rather than once and for all.”