Charlotte Johannesson. Take Me to Another World 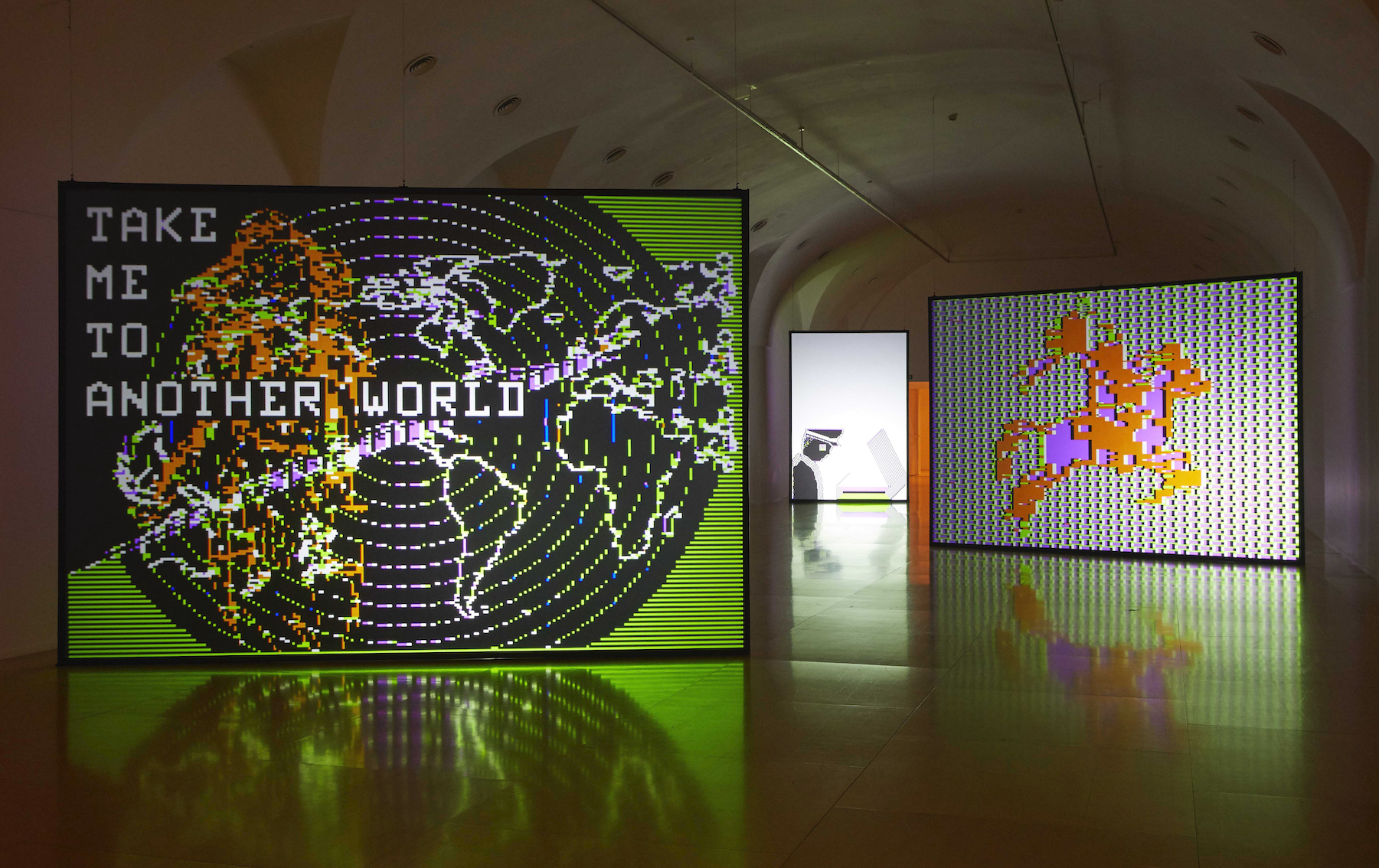 Charlotte Johannesson. Take Me to Another World

Museo Reina Sofía presents Take Me to Another World, the first retrospective in Spain of Charlotte Johannesson’s work. A textile artist and digital graphic art pioneer, Johannesson (1943, Malmö-Sweden) is an early example of the conceptual synchrony between artistic languages and a technique involving computer programming and the loom.The exhibition, curated by Lars Bang Larssen and Mats Stjernstedt, shows around 150 pieces, including textiles from her early work, both originals and reproductions of lost pieces, five of which have been made specifically for this show. In addition, Johannesson has made fifteen new textiles through digital designs from the 1980s, woven on a digital loom, and therefore closes the cycle of relations and intrinsic references between her textile and digital work. Her graphic designs, meanwhile, will be shown on two supports, printed on paper and via digital projections, granting a view of the experimental drift of these images and her investigations with the color and line of computerized artmaking.

Charlotte Johannesson
Johannesson is self-taught as an artist. She trained at a textile crafts school in Malmö in southern Sweden in the early 1960s, a traditional crafts education where ‘you weren’t allowed to have yourown ideas’, as she puts it. In 1966 she opened her gallery/studio called Cannabis (as she was using hemp in her textiles), where she started to work with her husband Sture Johannesson. Her first works were made with vertical loomanddrew influences from Swedish-born Norwegian artist Hanna Ryggen.

During the 1970’s, Johannesson started to work with computer-based designs. In 1978 she acquired an Apple II Plus in a trip to California and taught herself how to programme it in order to make graphics for the screen. Soon afterwards, Johannesson and her partner Sture started the Digitalteatern [Digital Theatre], active between 1981 and 1985, a pioneer self-organized platform studio for digital art. Sture focused on the more technical aspects, while Charlotte created the images. In 1984, Apple introduced a new generation of computers with a closed graphical interface, which meant that the artist felt more limited to explore her creativity. The Digitalteatern was losing steam and ended up closing, and Johannesson largely abandoned her artistic activities.

Take Me to Another World: From traditional textile to digital graphics
The exhibition startswith a room where tapestries and prints made in the early period are displayed. From the beginning, Johannesson’s artistic production moved away from the conventional conception of weaving as a decorative and domesticated handicraft and preferred to conceive it as a means of creation and protest which, through slogans and propaganda messages, she turns it into a medium of political denunciation. Thus, her piece Chile eko i skallen [Chile Echoes in My Skull, 1973] expresses the artist’s dismay at the 1973military coup in Chile; and the stagnant consensus of parliamentary politics is robustly summarized as No Choice Amongst Stinking Fish (1973), in a work made on the occasion of a general election in Sweden that same year. Johannesson questions the predominant artistic canon via a material and technique traditionally associated with the female world and artisanship, and through the use of images from comic books and the media, adding a satirical slant to turn them into a medium of social outcry, as exemplified by Attack (1977) and I’m No Angel (1974). The second room shows digital prints and graphics made in the 1980s at the Digitalteatern. The composition on the loom, due to its binary and programmed nature, favored the evolution of Charlotte Johannesson's work towards the digital field, since the two techniques use programming through a binary code, and even the number of pixels of primitive screens (280x192) and the dotted vertical loom used by the artist coincide (in fact, the punch cards used to program the Jacquard loom were a source of conceptual inspiration for computers).

Noteworthy among her digital graphic art pieces are Faces of the 1980s, portraits of popular culture figures such as Boy George, Bjorn Borg, Ronald Reagan and David Bowie; Me and my computer (1981-1986), and Human med satellite(1981–1985), which combines images of hyperspace, self-portraits, mythological figures and technological references.Johannesson’s production was in dialogue with the social and cultural dissent of its time: 1960s counterculture, feminism, punk, and an intellectual sympathy with 1970s militancy. Thus in 1976 the Johannesson couple curated a memorial exhibition in Stockholm in honor of the West German terrorist Ulrike Meinhof. In the third room of the exhibition a reconstruction of this show is displayed, including some of the pieces made for this project such as Achtung! Actions Speak Louder than Words (1976), that depicts a solitary figure with a lion, or Frei die RAF [Freedom for the RAF, 1976], that features the comic book character Snoopy from Peanuts, shooting a tank with a machine gun. In that space, a projection documents with photos and images the career and work of Charlotte Johannesson and her husband. She appears working in her workshops, operating with the first computers she used; on her trips to London or California or her encounters with famous people, such as David Bowie, whom she met by chance at a gas station and who signed a poster she had created that she was carrying at the time.Afterwards, the visitor can contemplate the 15 pieces that make the series of new works called ‘woven digital graphics’, elaborated for the present exhibition in collaboration with the graphic designer Louise Sidenius. In these weavings that loop back to the transition performed by Johannesson when she swapped the loom for a computer, she has recycled imagery created at the Digital Theatre, and that has been neither seen nor shown since floppy disks fell out of use: world maps, feminist heroines, self-portraits, hemp leaves, abstract patterns. The last room of the exhibition shows the digital graphic designs created by Johannesson through a series of projections.