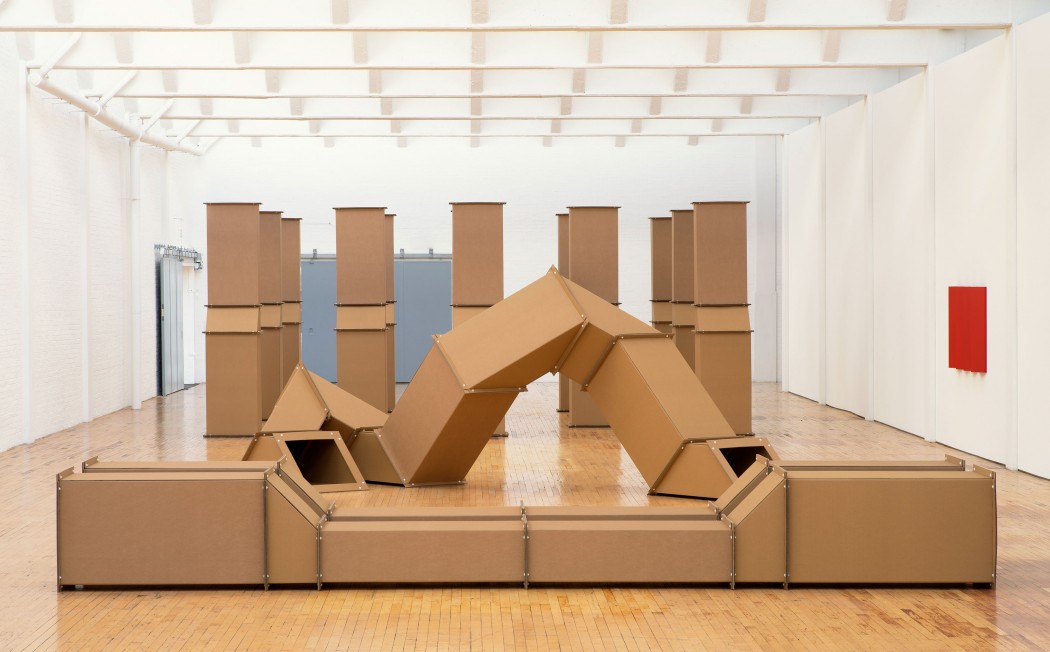 Before turning away from art production in 1968 in favor of a career in sociology, Charlotte Posenenske exhibited widely alongside peers such as Hanne Darboven, Donald Judd, and Sol LeWitt, with whom she shared an interest in seriality. However, her work is distinguished by its radically open-ended nature. Embracing reductive geometry, repetition, and industrial fabrication, she developed a form of mass-produced sculptural Minimalism that addressed the pressing socioeconomic concerns of the decade by circumventing the art market and rejecting established formal and cultural hierarchies. Posenenske employed playful conceptual devices to oppose compositional hierarchy and invite the collaborative engagement of the public in the continual reconfiguration of her variable sculptures.

Following the major 2019 exhibition at Dia Beacon, Charlotte Posenenske: Work in Progress, this display consists of a number of works subsequently acquired by Dia, shown in an entirely new configuration. Spanning one of the largest galleries at Dia Beacon and shown in close proximity to collection-based displays of contemporaneous German artists Imi Knoebel and Franz Erhard Walther, this presentation expands the narrative of this period of art in Germany.

Charlotte Posenenske was born in Wiesbaden, Germany, in 1930. She died in Frankfurt in 1985.