Chto Delat: One Night in a Social Network. An Opera Farce 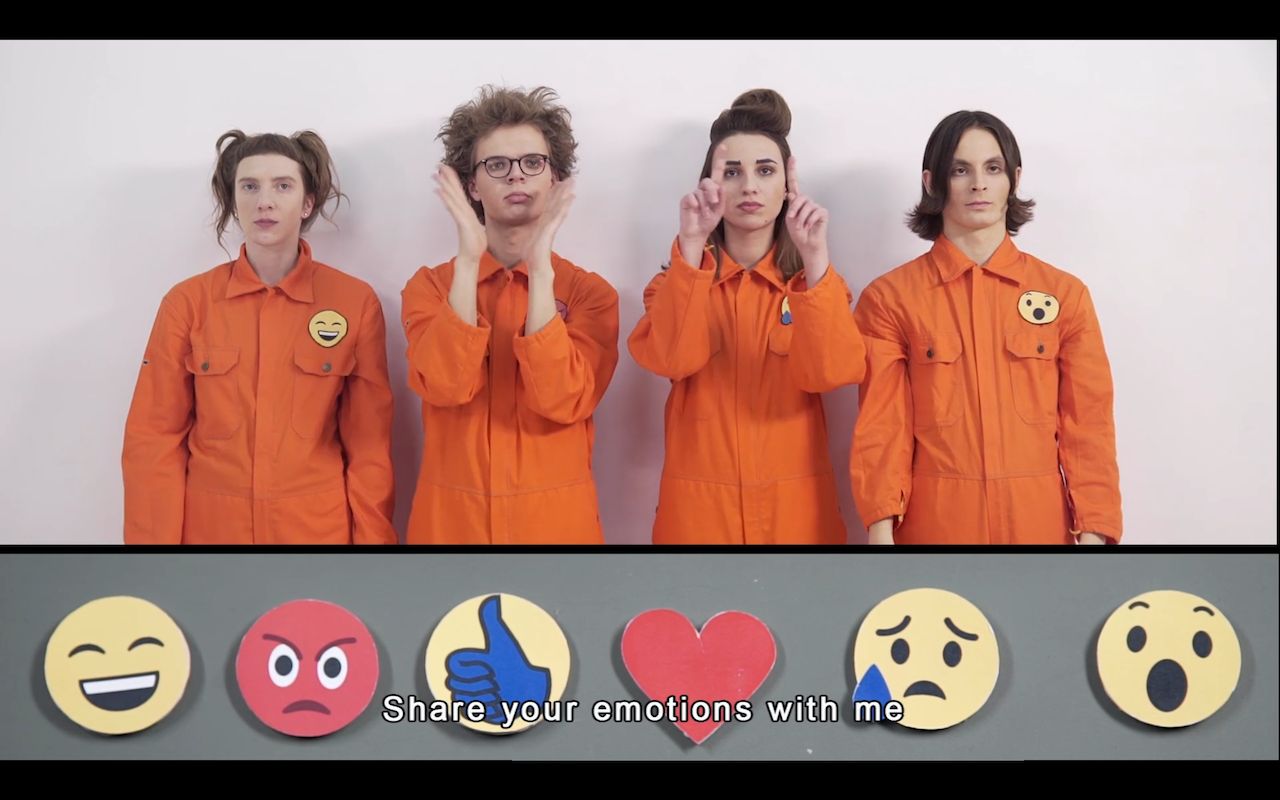 Chto Delat: One Night in a Social Network. An Opera Farce
Oct 5 – Nov 28

It looks like we’re living in the time of an emotional turn. What is truth and what isn’t depends no longer on the possibility of reasoning but instead on the heavy emotional impact of communication.

We see the basis for this turn in the changes of the language of communication—in the appearance of the culture of emoji and GIF animations in our everyday interactions. These ideograms are typically used on social networks and in private online communication. Emoji exist in various genres, including facial expressions, common objects, places, kinds of weather, and animals as well as many others forms and media.

Our film shows a room with a table at the center. A lonely individual is deeply immersed in reading his social media feed and following various links. A group of performers are arrayed in front of him: four recognizable emoji who communicate with him and permanently construct and manipulate the news content. Under the table is the typical Russian troll character, who throws in his own comments and chooses this or that content.

The action starts when the user receives information about the killing of Arkadiy Babchenko—a now-notorious Russian journalist who lived in exile in Ukraine. Aided by the troll and emoji, the user starts following the case and delving headlong into the surreal world of post-truth. The journey ends in the morning, when the news arrives that Babchenko has been resurrected: his death was staged in a special operation by a security agency.