CLIMAVORE: Seasons Made to Drift 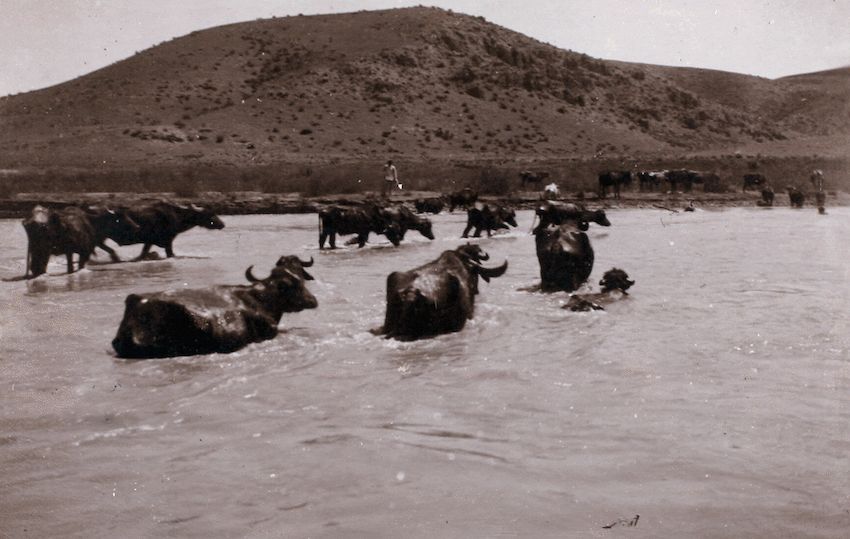 CLIMAVORE: Seasons Made to Drift is an exhibition and public program that explores how to eat as humans change the climate. Different from carnivore, omnivore, locavore, vegetarian, or vegan diets, what defines CLIMAVORE is not the ingredients but the infrastructural responses to climatic events, as well as unprecedented seasons of food production and consumption. New cycles of drought, disrupted rainfall patterns, or alterations of the littoral, are discontinuous, disjointed, disconnected, non-sequential yet repetitive and underpin contemporary food infrastructure and eating habits. Commissioned by SALT, CLIMAVORE: Seasons Made to Drift by London-based Cooking Sections (Daniel Fernández Pascual and Alon Schwabe) proposes a journey into the seasons that once were, the regions that no longer are, and the shores that may be.

The First Geography Congress convened in Ankara by the Ministry of National Education in 1941 identified seven regions in Turkey by their topography, climate, vegetation, agriculture, and other human considerations. It also sought to form a uniform language and curriculum to be used in schools across the country. For generations, geography education maintained a climate, soil, and yield-based narrative that described the attributes of Marmara, Aegean, Black Sea, Mediterranean, Central Anatolia, Eastern Anatolia, and Southeastern Anatolia regions. However, each established identification has shifted through accumulated human manipulations. Starting with the 1950s, the industrialization of agriculture in Turkey introduced “modern” seeds as well as the widespread use of pesticides and chemical fertilizers in anticipation of higher productivity. Food supplies were further subject to globalization when in the 1990s the free-market economy led to an increase in packaged goods and produce from overseas. Our shared understanding of Turkey’s geography is now further challenged as climate-related changes become visible and materially registered on the land and in the sea in the 21st century.

Through selected cases, CLIMAVORE: Seasons Made to Drift studies and demonstrates instances that help identify new seasons in action. The exhibition starts with one of five commissioned works, Weathered (2021) on the ground floor of SALT Beyoğlu, where the Forum becomes a “prosthetic” forest of material records of historic droughts and famines in Anatolia. Ranging from newspaper cuttings and poems to fossil leaves, tree rings, and timber fragments, the artefacts refer to climate information from the times when meteorological data was not yet systematically collected. Unicum (2021) delves into the phenomenon of the Mediterraneanization of the Black Sea, where changes in water temperature and salinity cause migration of species and the emergence of new habitats, now with increased speed. The Lasting Pond (2021) digs into the shrinking of wetlands on the periphery of Istanbul by tracking water buffalos along their wallowing routes. Traces of Escapees (2021) dives into the sea to diagnose the pollution caused by fish farms and the subsequent genetic erosion of local types. Exhausted (2021) undoes the tales of soil and human fertility from the Neolithic age in the so-called Fertile Crescent, to explore the crisis of infertility and the subsequent expansion of IVF facilities and treatments in contemporary Istanbul. As part of Exhausted, SALT is collaborating with e-flux Architecture on a series of online essays that further scrutinize contemporary frictions around in/fertility. Six essays written by Elizabeth Hoover, Onur İnal, Rami Zurayk, Sharmila Rudrappa, Calvin Po, and Rickie Solinger will be published from April 12 onwards on e-flux Architecture and saltonline.org. Through such collaborations taking form inside and outside of the exhibition space, the program is a platform for research, reflection, and action. It attempts to understand how our bodies circulate through “new matter” as unprecedented substances disrupt all living metabolisms, while anticipating what comes next when seasons drift. CLIMAVORE: Seasons Made to Drift, the third in SALT’s Conversations series, is programmed by Meriç Öner and Onur Yıldız within the framework of "Our Many Europes," with additional support from the Prince Claus Fund for Culture and Development and the Goethe-Institut.