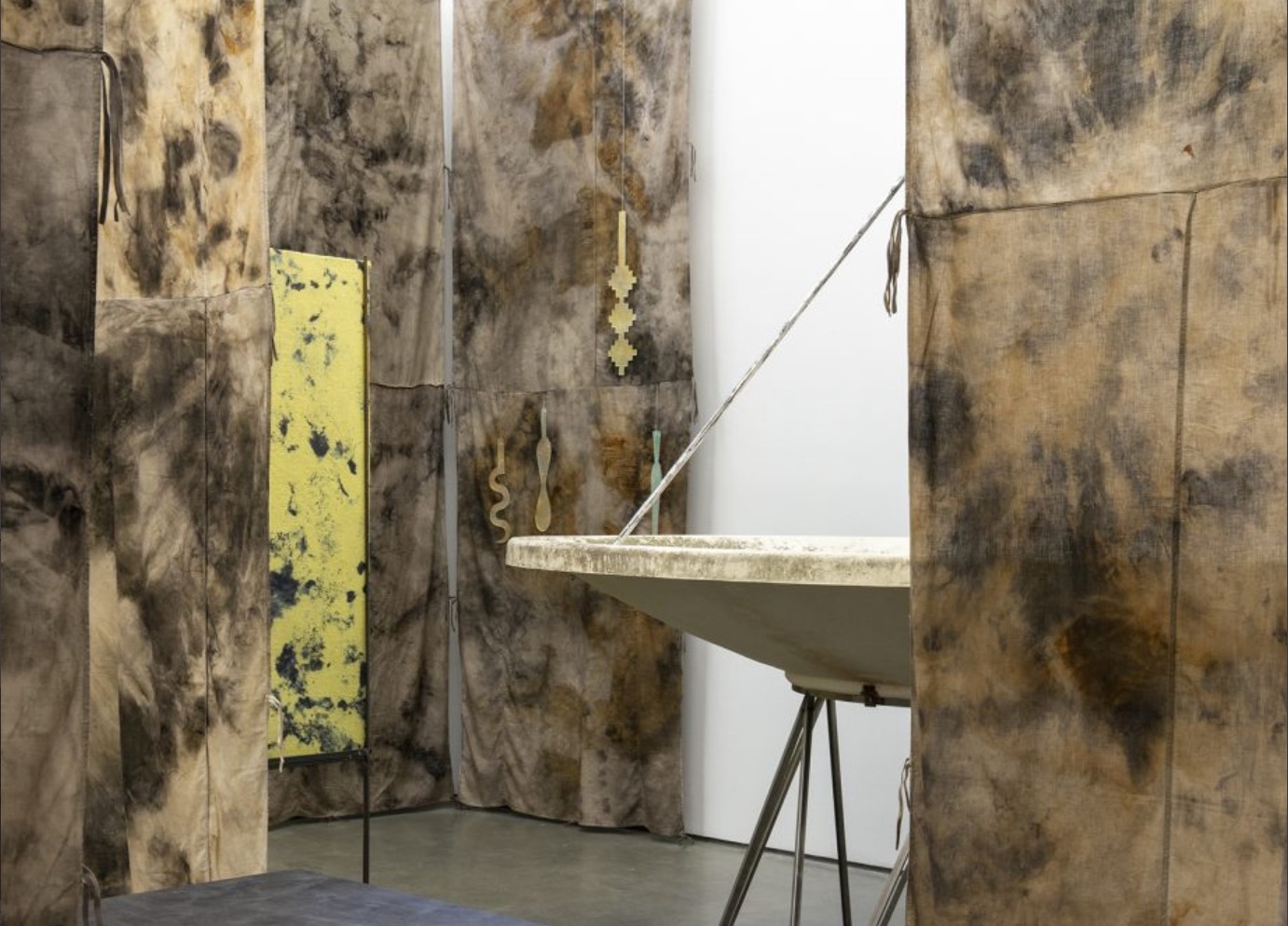 Corbin Union is a Vancouver- and Calgary-based artist collective that has gathered annually since 2012 in the deserted East Kootenay coal-mining town of Corbin, BC to create both individual and collaborative works. Under a conceptual framework of excavation and entombment, mirroring and refraction, the collective’s three core members—Miruna Dragan, Jason de Haan and Warren McLachlan—bring together a range of interwoven experimental object and image forms in OSOSO.

Central to the exhibition is an expansive installation informed by the vernacular architecture of Corbin’s original townsite, its alpine graveyard and surrounding natural and industrial landscapes, particularly the now-abandoned Coal Mountain pit mine operation. This installation, with its suggestion of underground ossuaries, extraction sites and mausoleums, transforms the gallery into a labyrinthine space and offers the housing for a multitude of other standalone video, sound, cast paper, and sculptural works. In their insistence on multiplicity, the collective confounds viewers’ easy image consumption, offering instead a dark, askance glimpse into experiences of materials, site and space. OSOSO extends the collective’s ongoing, place-based examination of violent and often hidden histories of resource extraction, environmental destruction and immigrant labour unrest; the folly of the settler paradigm; and the movement of matter and populations (both human and non) across geological time.