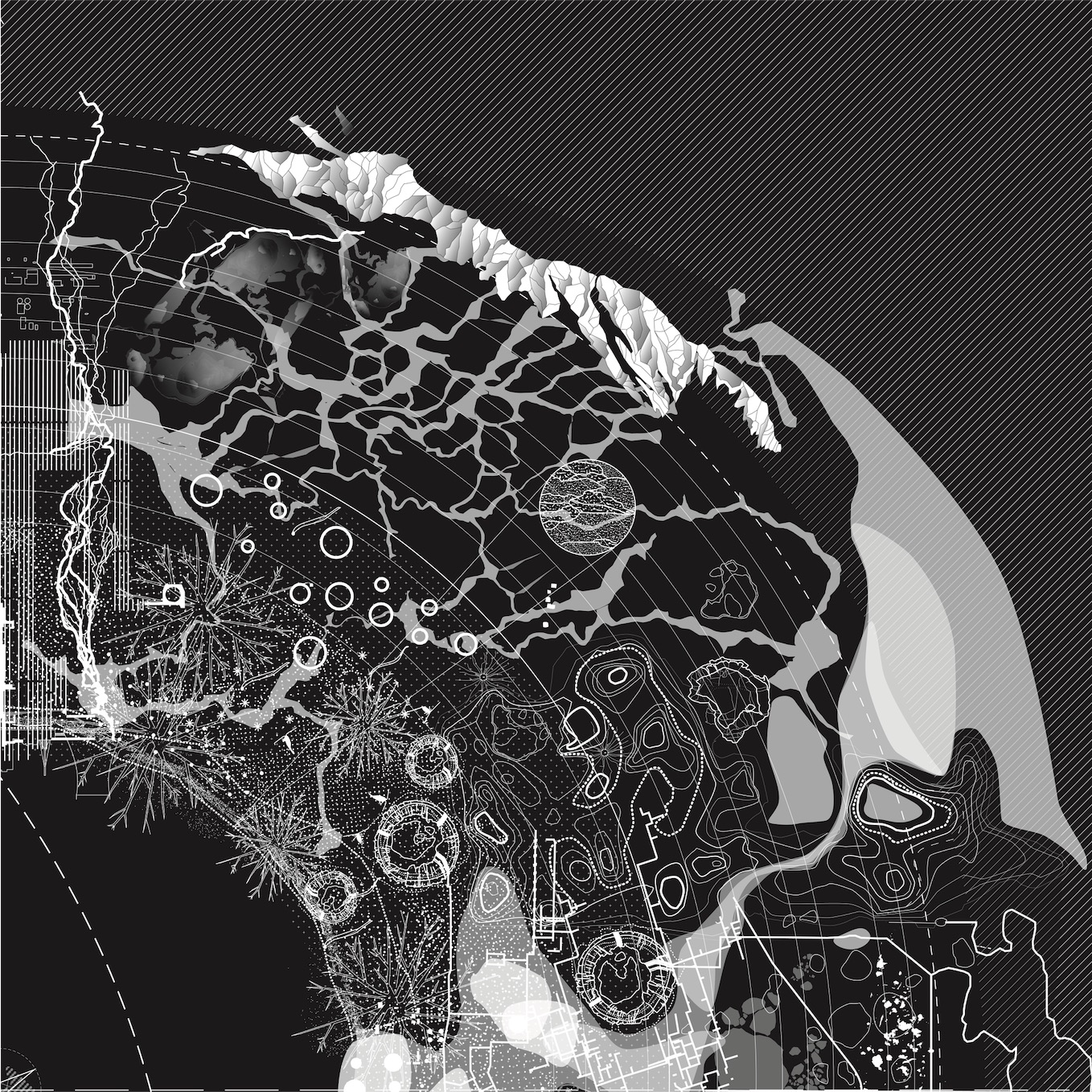 By now everybody knows that there is an existential threat to our collective conditions of existence, but very few people have any idea of how to cope with this new Critical situation. It is very strange, but citizens of many developed countries are disoriented; it is as if they were asked to land on a new territory, an Earth that they have long ignored having reacted to their action. The hypothesis we want to propose is that the best way to map this new Earth is to see it as a network of Critical Zones, which constitute a thin skin a few kilometers thick that has been generated over eons of time by life forms. Those life forms had completely transformed the original geology of the Earth, before humanity transformed it yet again over the last centuries.

Over the years, scientists have installed multiple Observatories to study these Critical Zones and have made us aware of the complex composition and extreme fragility of this thin layer inside which all life forms, humans included, have to cohabit. They have renewed Earth science in a thousand ways and very much in a way that Alexander von Humboldt would have approved. Increasingly, scientists, artists, activists, politicians, and citizens are realizing that society is not centered solely on humanity, but it has to become Earthly again if it wishes to land without crashing. The modern project has been in flight, unconcerned by planetary limits. Suddenly, there is a general movement toward the soil and new attention to the ways people might inhabit it. Politics is no longer about humans making decisions on their own and for themselves only, but has become an immensely more complex undertaking. New forms of citizenship and new types of attention and care for life forms are required to generate a common ground.

The ZKM thus continues the comprehensive engagement and collaboration with local communities and institutions that was explored during the Open Codes exhibition (2017–2019), opening up a space for common action and discussion to recompose the world we live in: Over a period of five months ZKM will host an exhibition conceived as a scale model to simulate the spatial novelty of this new land as well as the diversity of relations between the life forms inhabiting it. It will serve as an Observatory of Critical Zones allowing visitors to familiarize themselves with the new situation. This special combination of thought experiment and exhibition was developed by Peter Weibel and Bruno Latour in their previous collaborations at ZKM. Iconoclash in 2002, Making Things Public in 2005, and Reset Modernity! in 2016 constitute the three former “thought exhibitions” (Gedankenausstellungen) that resulted from their intensive working relationship which now spans 20 years.

The ZKM website will soon publish the intense program accompanying the exhibition. We invite thinkers and scholars, activists and initiatives from all over the world to share and discuss ideas—please contact us at hellocriticalzones@zkm.de.

Curated by: Bruno Latour and Peter Weibel with Martin Guinard and Bettina Korintenberg