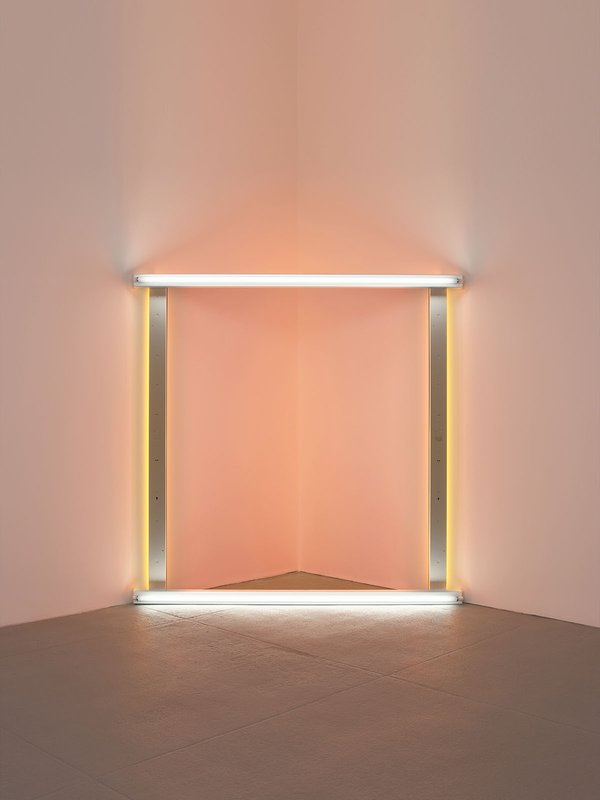 Mana Contemporary presents Dan Flavin: cornered fluorescent light, a large-scale installation of works by the Minimalist master that fills the space of one of Mana's galleries with radiant color. First shown at the Institute for the Arts at Rice University in Houston, Texas, in 1972, the works appear courtesy of the Estate of Dan Flavin.

Dan Flavin was born in 1933, in Jamaica, New York, and later studied at the Hans Hofmann School of Fine Arts, New School for Social Research, and Columbia University. His first solo exhibition was at the Judson Gallery, New York, in 1961; he made his first work with electric light that same year, and began using fluorescent tubes in 1963. The choice of material was motivated in part by a desire to break free from both Abstract Expressionism and Pop art by seizing on the anonymous and industrial nature of a familiar commercial product. Flavin worked with this self-imposed limitation for the rest of his career, producing endless combinations of light, color, and space in serial and systematic compositions. While outwardly simple and direct, these arrangements produce visual effects of surprising subtlety. And while changes in lighting technology have caused problems for his work’s conservators in recent years, Flavin himself embraced the temporary nature of his sculptures, and was happy to replace parts as needed.