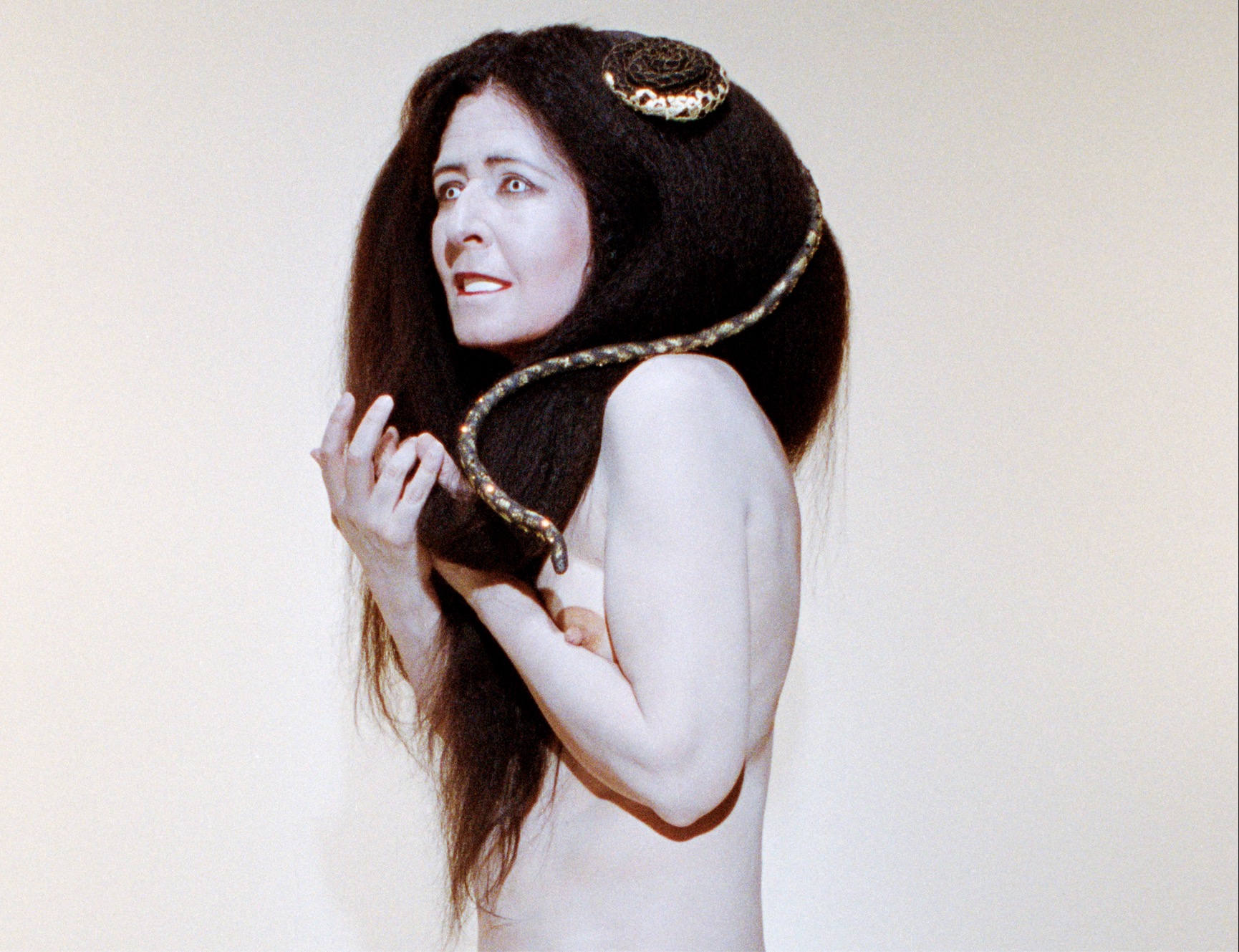 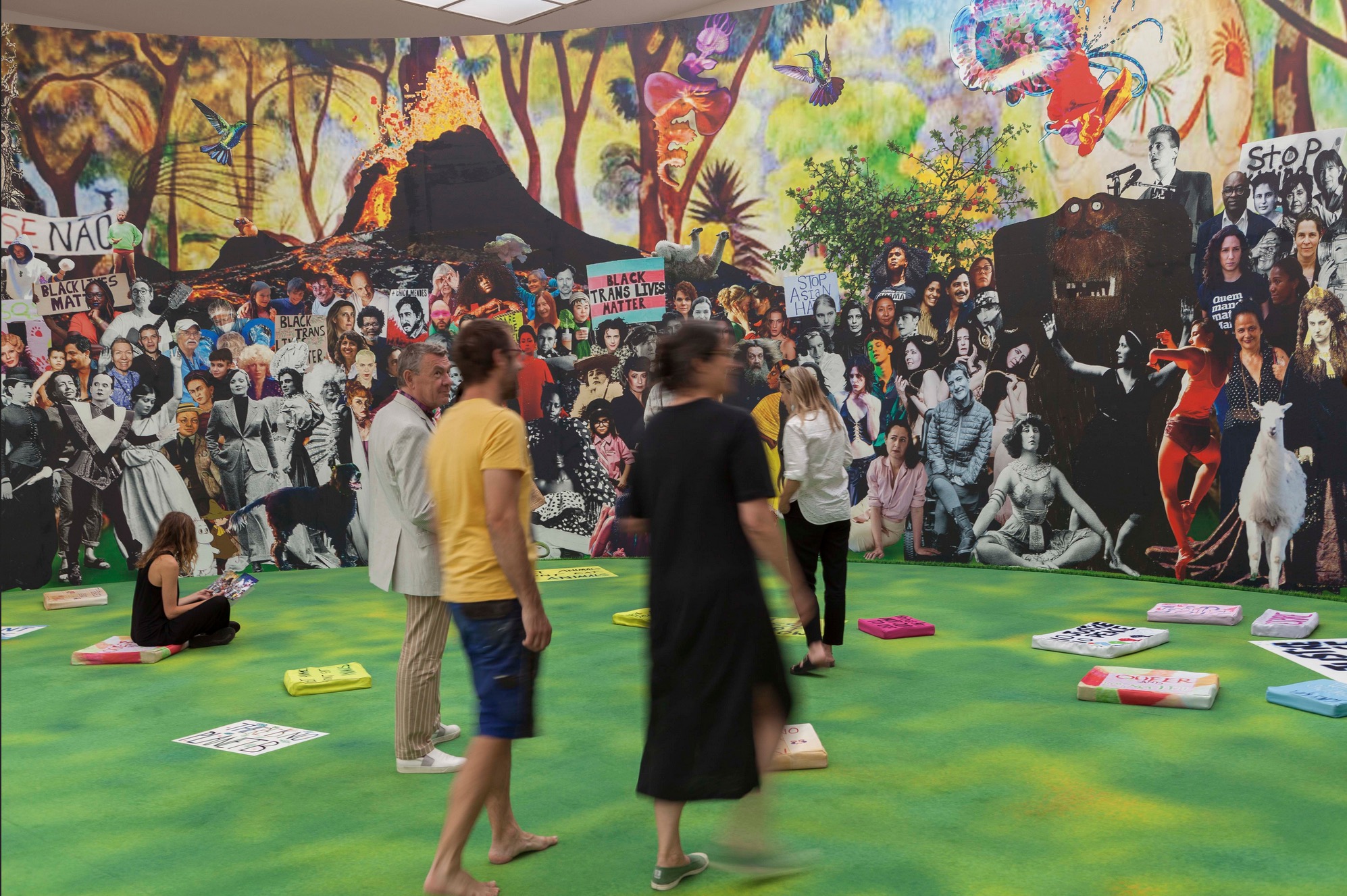 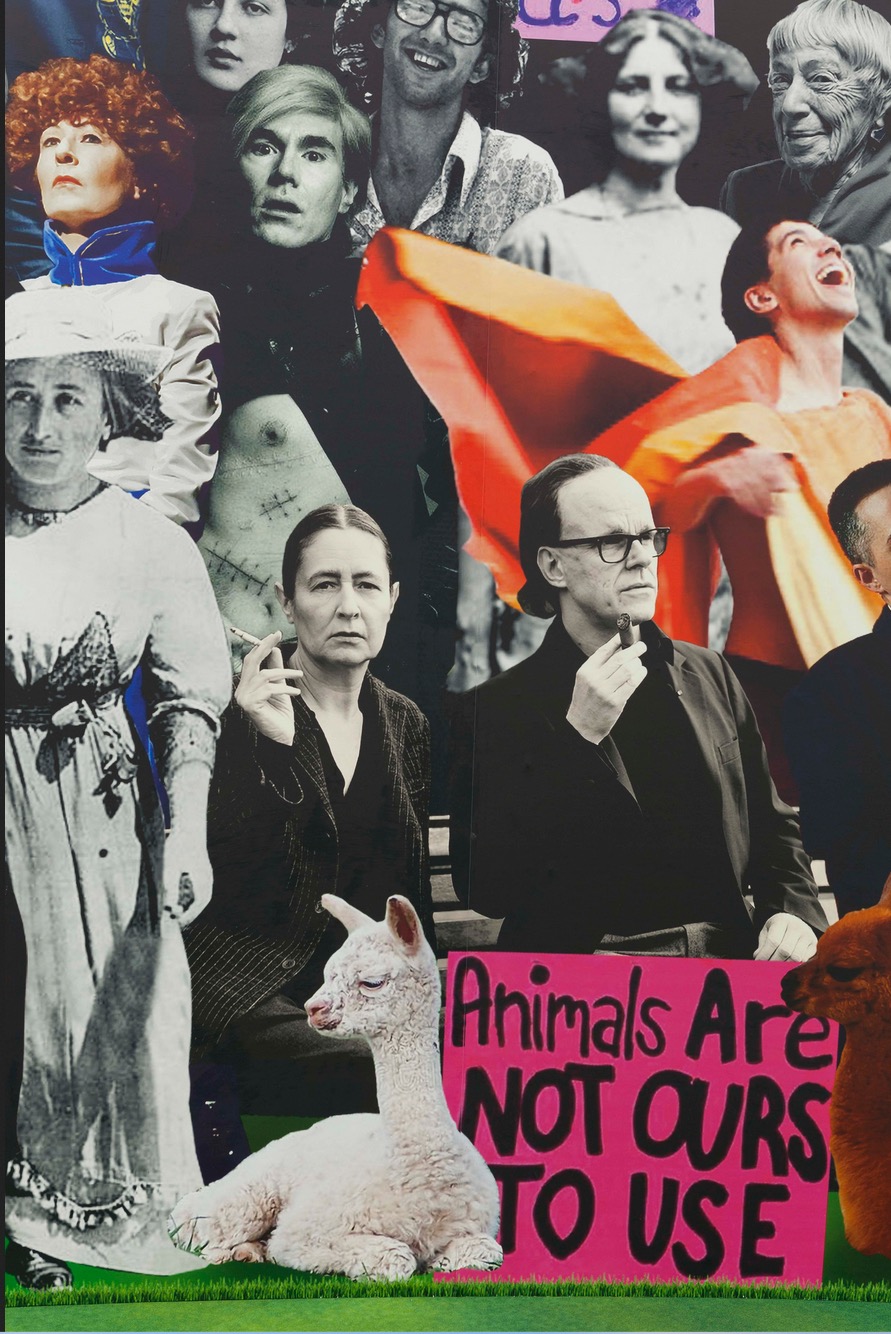 This is how it all started: “...woke up in the middle of the night and had a vision. we were close to a small volcano with a gentle lava flow, the vegetation was tropical, there were hummingbirds and llamas ... my body was multiplied in several apparitions ... surrounded by inspiring friends, humans and non-humans, from now and earlier times. it was a beautiful, joyful, almost operatic crowd, like a march, a protest, an excursion ... thyphoeus from the beethoven frieze was also there and the three gorgons ...” —Dominique Gonzalez-Foerster

For Dominique Gonzalez-Foerster, making art is a tentative and experimental process that becomes a kind of personal learning experience. Her practice became visible in the 1990s with a series of “chambres” and environments, but soon branched out into other media.

Her exhibitions are often site-specific productions in which she engages with distinctive features of the venue and its history, weaving in literary references. Objects feature in subsidiary roles, as props that let her establish a particular atmosphere, rather than as ends in themselves and definitive creative output. Evolving narratives await discovery by the beholder who takes the time to pick up on the clues hidden in the fragmentary set pieces, photographs, peculiar interior arrangements, and personal details. Transporting the visitors to fictional scenarios from the past and future, her environments are the scenes of distinctive experiences in which yearnings, utopian wishes, fears, and dreams come to life.

For her exhibition at the Secession, titled VOLCANIC EXCURSION (A VISION), she has conceived an environment that addresses the specific site while also reflecting on the extraordinary time of a global pandemic. Invoking role models from the past and the present, friends and colleagues who share her ideas, Gonzalez-Foerster counters the fissures that have come to mar the social fabric with a tableau exuding strength and confidence, optimism and courage.

Dominique Gonzalez-Foerster was born in Strasbourg in 1965 and lives and works in Paris.