Doreen Garner: Steal, Kill and Destroy: A Thief Who Intended Them Maximum Harm 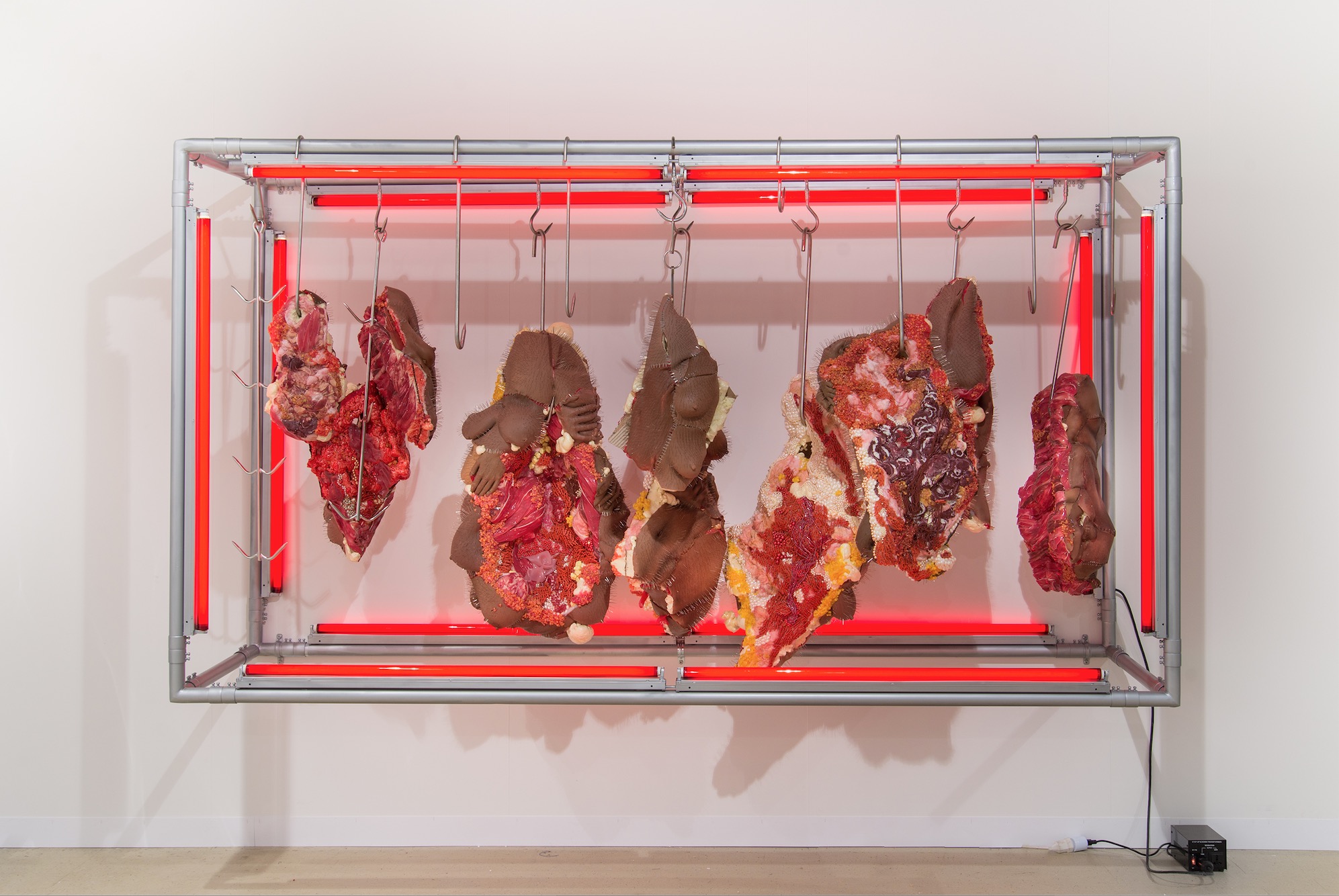 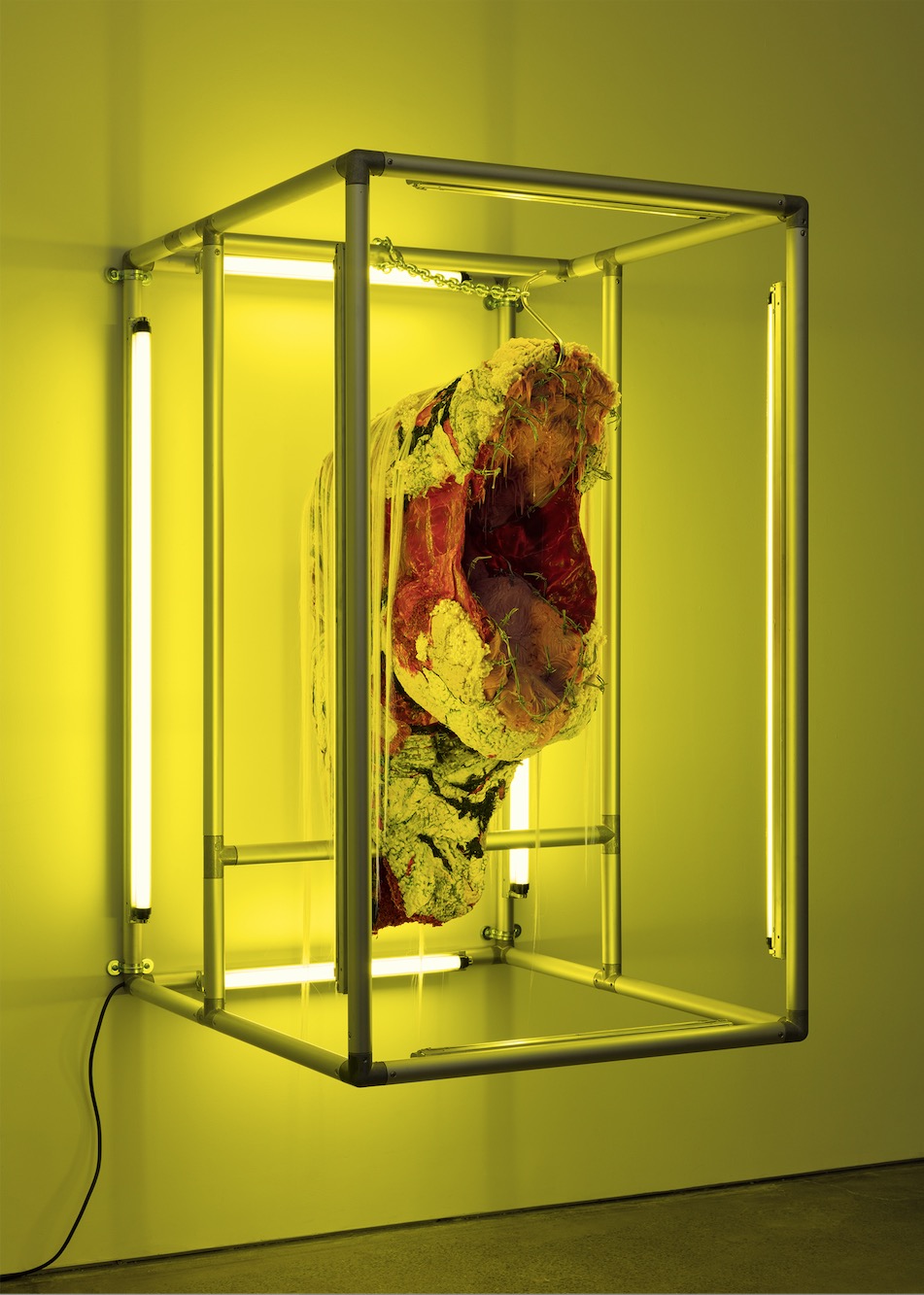 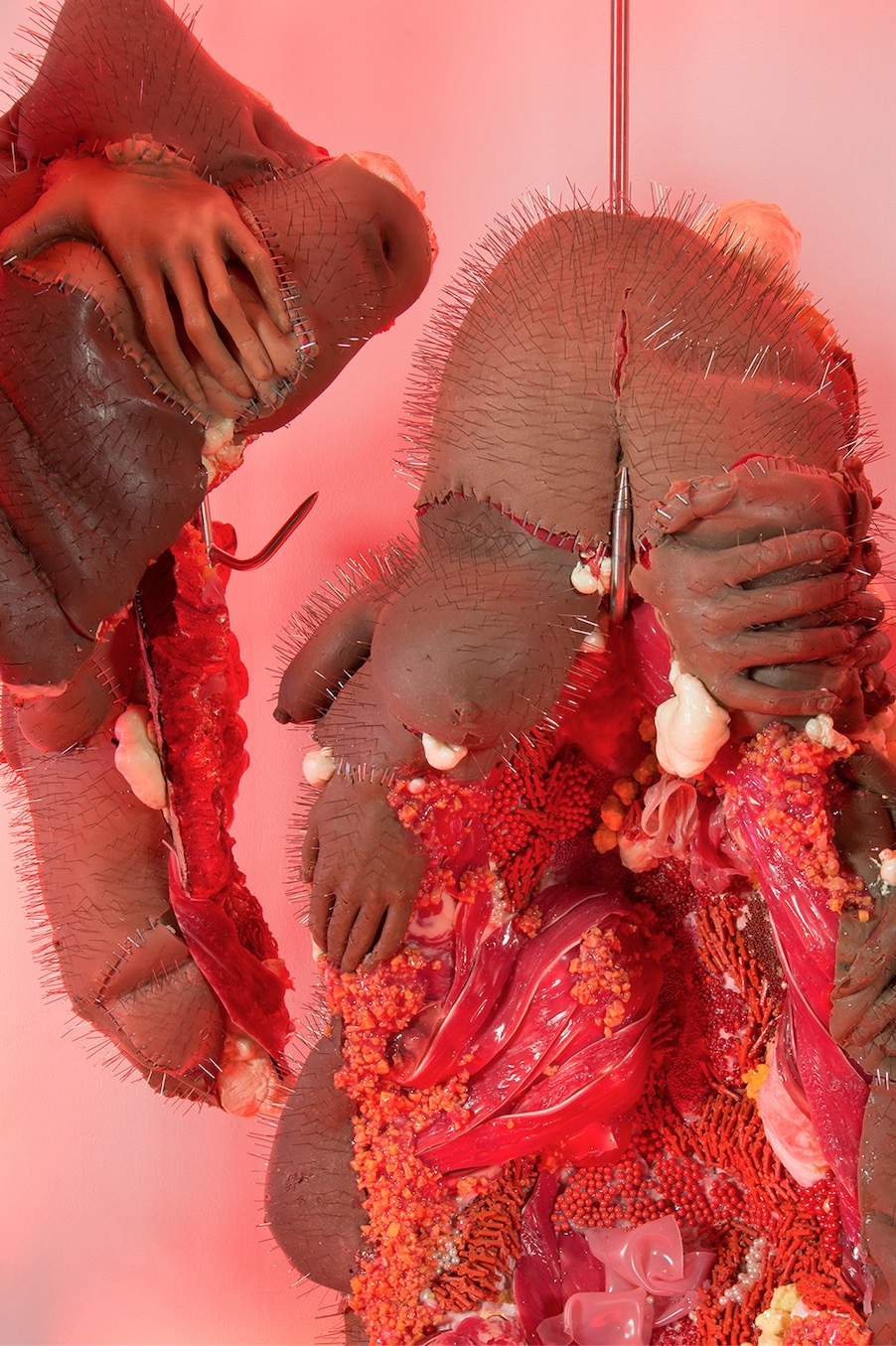 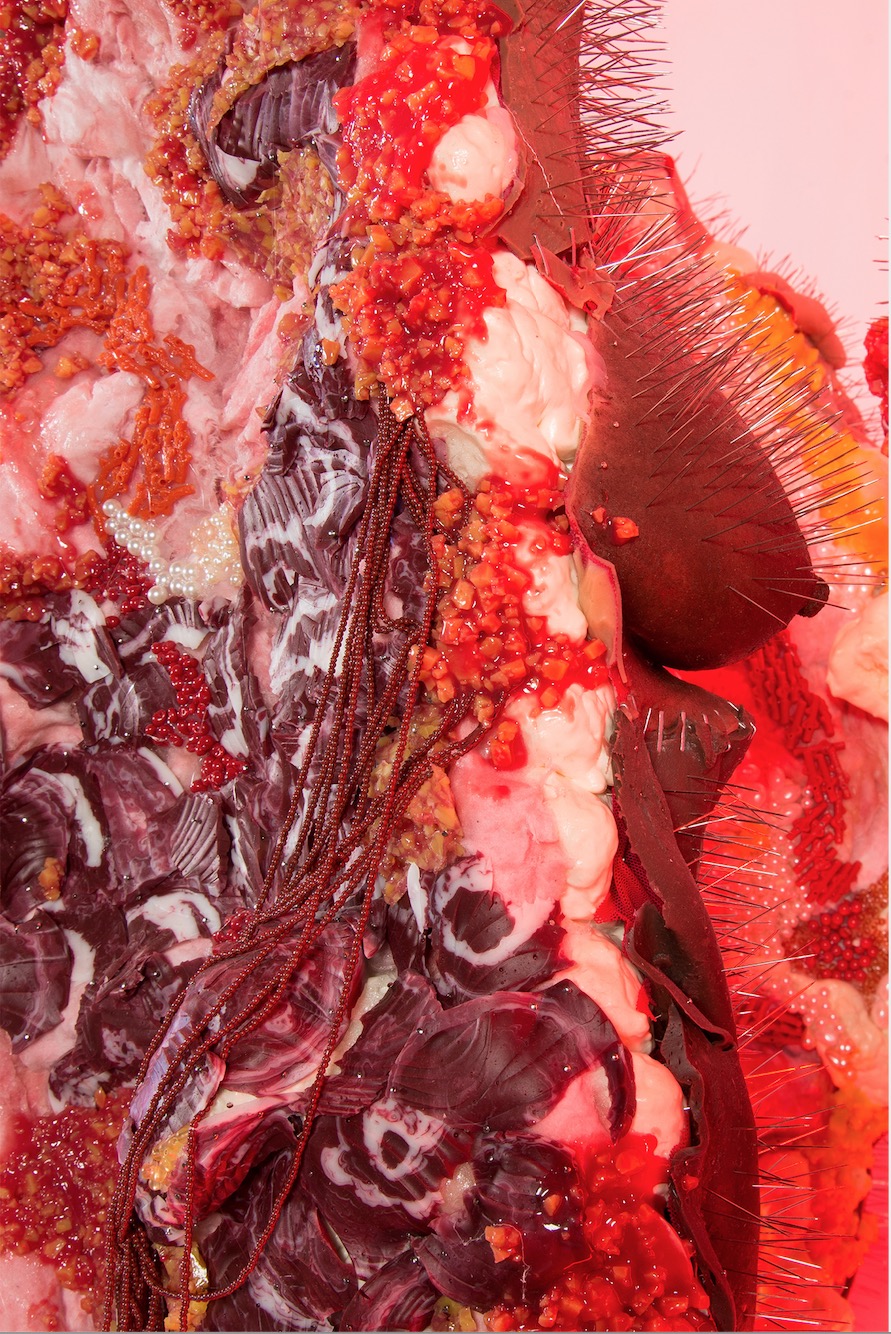 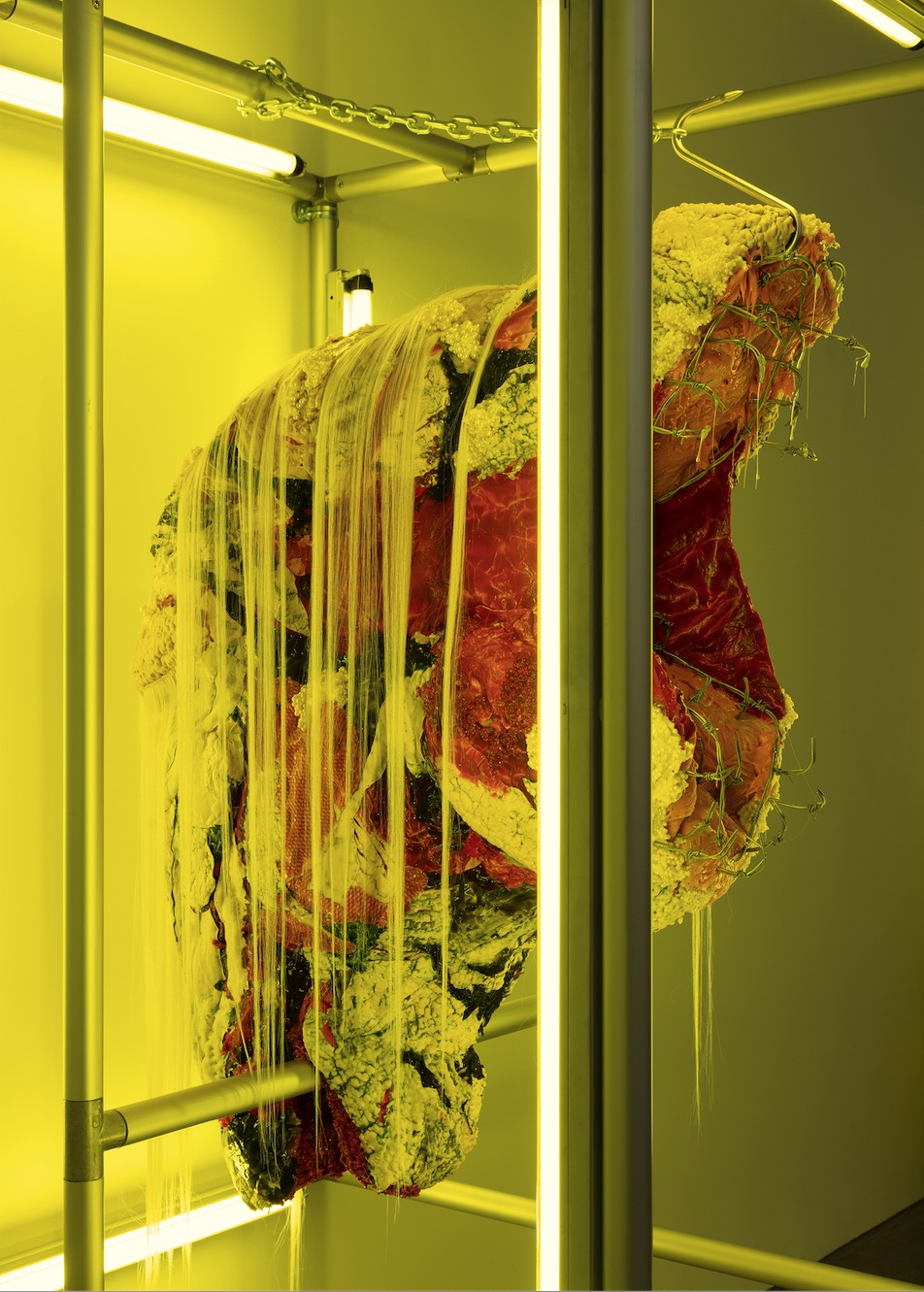 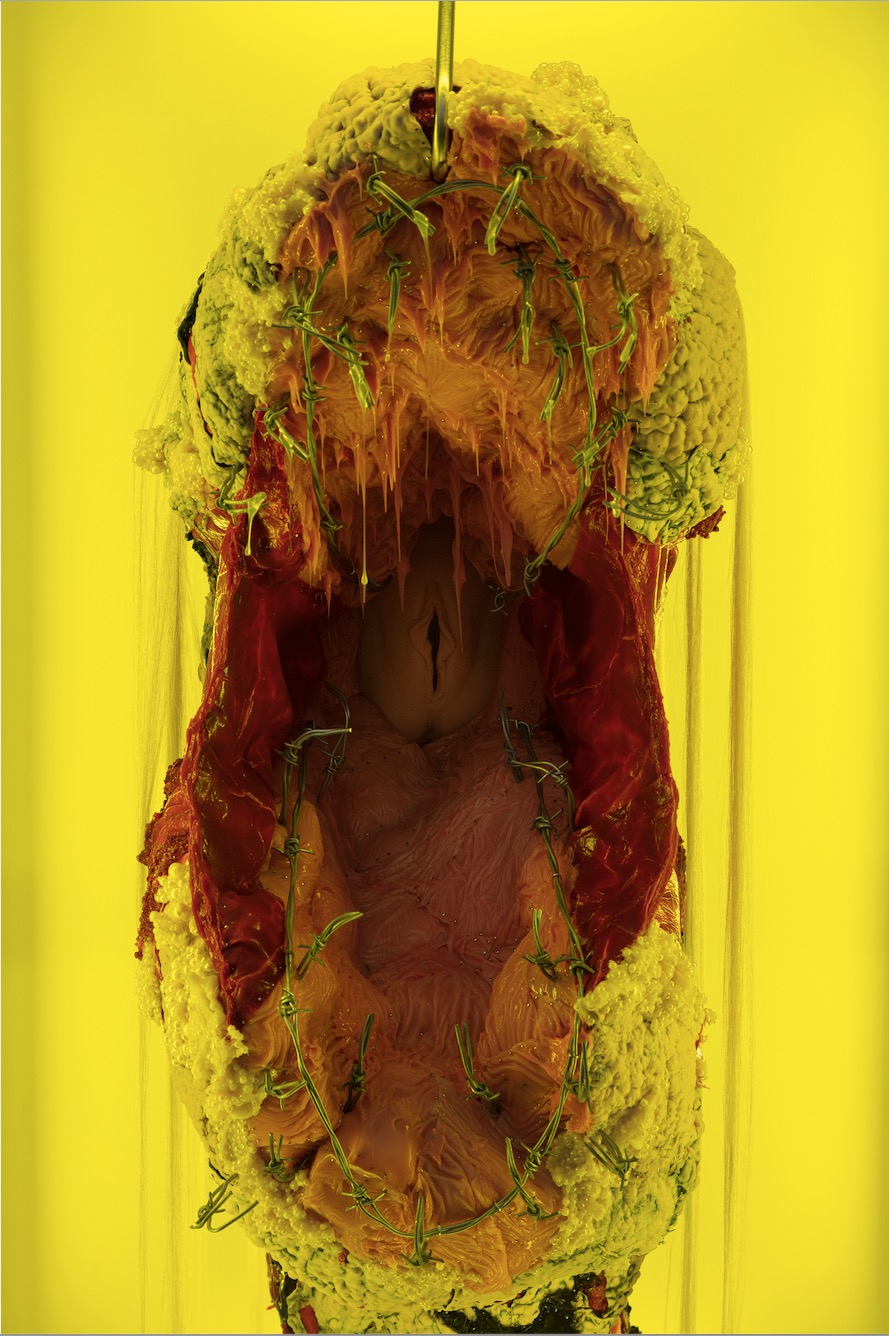 The sculptures and performances of Doreen Garner explore the history of medical experiments on and the systematic exploitation of black bodies in America. By critically assessing specific historical events and phenomena from cultural history, Garner shows the problematic relations between medicine and race, which persist to this day. The artist’s figurative works consist of materials such as silicon, glass-fiber insulation, plastic, Vaseline, artificial hair, crystals and pearls, and they resemble fragmented or even amputated body parts and human remains. In her first institutional exhibition in Europe, Steal, Kill and Destroy: A Thief Who Intended Them Maximum Harm, Garner presents three objects, including a new work commissioned specially for this show.

The focus is on the depiction of dehumanized black bodies and also of the white bodies that are responsible for this dehumanization. The artist’s experimental and accumulative approach that combines very different materials leads to unique anthropomorphic objects between nouveau réalisme and Pop art, brutally showing the humiliation and objectification of black bodies and clearly identifying white bodies as those that caused this suffering. In a reflection on past and present, this exhibition addresses various aspects of modern medicine and unmasks it as a highly problematic discipline based on mechanisms of exploitation and repression.

For her newest group of works Roughly documented, Three Million Eighty Eight Thousand Seven Hundred and Seventy Six (2021) and Roughly Documented, Three Million Eight Hundred Ninety Four Thousand and Fifty Six (2021), Garner created two objects, each of them like flags hanging in a metal frame so that they have clearly identifiable front and reverse sides. Using various white-colored silicon strips that imitate different parts of the body, the artist sewed surfaces that together reproduce the patterns on the national flags of the United Kingdom and Portugal. The white skin on the British flag here appears not only fragmented but covered in blisters like those that would come with a syphilis and smallpox infection. Whereas on the larger part of the Portuguese flag the surface is covered with marks of scarlet fever, the smaller parts show marks of syphilis and smallpox. The reverse sides are only visible by means of two mirrors placed on the wall behind these hanging objects. If you look at the images reflected in these mirrors, then similar silicon body parts as on the front side are seen, but instead of white here they are dark brown and black. This work was made during the global Covid-19 pandemic we are still witnessing and it addresses the white body as the ​“colonial body,” driven from a historical perspective by the act of taking possession of hitherto unknown territories, while permanently spreading illnesses and viruses. Historically communicable diseases by white bodies referred to in this context are syphilis, smallpox, scarlet fever, the bubonic plague, measles, typhoid fever, yellow fever and malaria.

Whereas Garner here makes clear connections in this contrast between colonialism, politics, and medicine, the work THE PALE ONE (2020) uses allegorical idioms to also address the colonizing white body. This object of silicon, urethane foam, artificial hair, and Swarovski pearls presents the mouth of a dragon and the head of a horse. Garner was inspired in this work by the biblical story of the rider of the Apocalypse, a personification of death riding a white horse, with the dystopic power to drag a quarter of the world’s population down with it. These works not only bring back the horrors of the past, but also clearly show that in the here and now the disparities between a privileged mobile white majority and a black and economically weak minority have fatal consequences for the latter.

Red Rack of Those Ravaged and Unconsenting (2018), draws our attention to very specific events in the development of modern medicine in the USA. The focus here is on the female black body fragmented by experimental operations. An important and exemplary figure here is the American gynecologist James Marion Sims (1813 – 1883). His most important work was the development of a technique to cure the vesicovaginal fistula, an abnormal or surgically engendered hole between the bladder and the vagina, a catastrophic complication of childbirth in the nineteenth century. Between 1845 and 1849 Sims conducted cruel experiments on enslaved women, deliberately not anaesthetizing them, until he finally developed a surgical technique to successfully cure the fistula. Red Rack of Those Ravaged and Unconsenting (2018) was created as a reaction to the specific dehumanizing methods used by Sims.

With these three works seen together, the exhibition Steal, Kill and Destroy: A Thief Who Intended Them Maximum Harm represents an attempt to grasp the humiliation of the black body and the real experience of black people not as any universal human condition, but rather to show the imperative factual causes of these various traumas. At the same time, Garner undertakes a revision of art history by working against the for a long time downplayed and glorified depiction of white perpetrators.