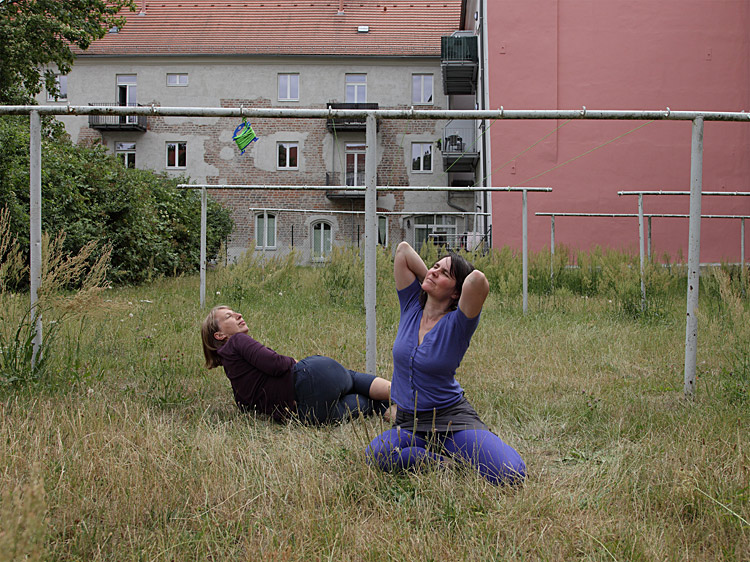 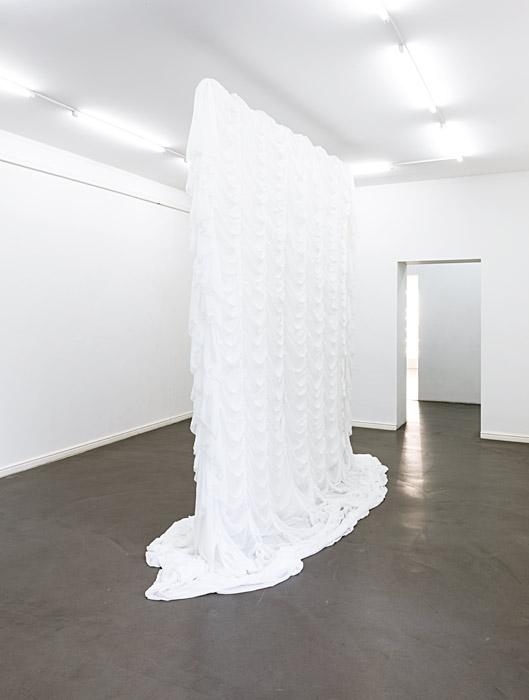 Very much like found objects that you stumble upon in everyday life, three words have formed a title: FIT DURCH WUNDER [FIT THROUGH MIRACLES]. In the periphery of our perception, discarded objects are constantly accumulating – trivial things that bear witness to social conditions in a way that is as fragmentary as it is significant. The artists featured in the exhibition also employ things they, have found. Wolf von Kries often uses readymades in his work. Irène Hug finds her material in the inscriptions that clutter our living environment in the form of advertising and instructions. Walter Yu's ceramic objects interpret the city as a cave settlement, palace district, or site of ruins. Ina Bierstedt and Bettina Carl apply complex processes of alienation to the seemingly familiar that appears in the figurative allusions of their paintings and drawings. In her works, which are as sober as they are radical, Sofia Hultén disrupts familiar relations between our physical self and the things of our everyday environment.

Being fit ... That is very much a matter of the future for us and stands for the hope that we might soon be able to pull ourselves together and change course. Usually this remains a more realistic variant of our unspoken but deep-seated belief that we – as an exception – will one day be able to escape death for good.

According to Darwin and Spencer, fitness refers to the ability of living beings to adapt to their environment. In German, however, fitness describes the reward of physical exercise. In the past, exercise could also be of an intellectual nature – an armchair activity.

Industrialization gave the bourgeoisie new comforts and a guilty conscience; only the nobility was destined by birth to idleness, after all. Thus, gymnastics, although not really work, could quickly attain the status of an extremely virtuous activity, not only as paramilitary training à la Friedrich Ludwig Jahn but also as a private pastime. Sports came into fashion at the same time as the quasi-religious worship of nature, which was fuelled not least by the air pollution in the cities and continues to have an effect to this day.

Considerable profits can still be made off fitness, the cult of nature, and the destructive exploitation of resources. We regard these phenomena to be as natural as their waste products seem inevitable to us. Some of these remnants of civilization provide material for art, be it as a motif – or quite literally as material: in our garbage, there are sometimes items that are actually given a second, almost eternal life as objets trouvés. So there are still miracles.