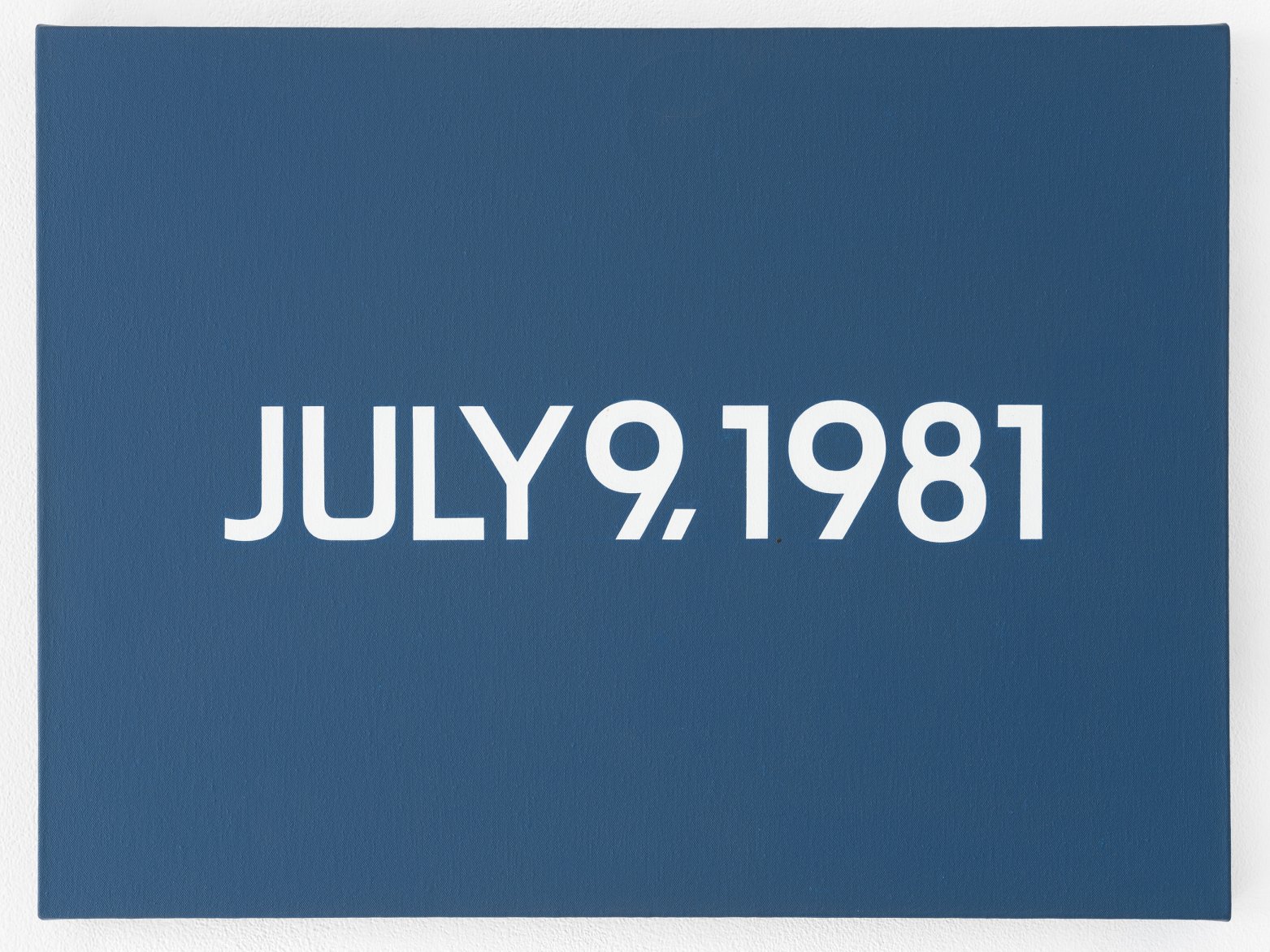 After two years' presence in Mexico in project-specific spaces, Galerie Nordenhake has established itself in la Colonia Roma - the bohemian block in the heart of CDMX - with a totally re-articulated space designed by the acclaimed architect Frida Escobedo (Mexico City, 1979). The new gallery is situated in a former warehouse on Calle Monterrey, one of the main arteries of Colonia Roma Norte. The space has been conceived as a dynamic new platform for artworks and exhibitions while preserving the existing character of the building. In conversation with Frida Escobedo about the evolution of the project we developed the idea of making the architectural process public. While engaging the public in Escobedo's own practice this approach has also introduced the audience to Galerie Nordenhake's history and core values from a context-based spatial and expository experience.

The inaugural exhibition, Today, has developed from the same principals. The exhibition brings together artwork by Escobedo with two seminal artists: Francis Alÿs (Antwerp, 1959) and On Kawara (Kariya, 1932 – New York, 2014). Today takes its name from On Kawara’s signature series of work, and explores the diverse ways in which time can be understood. In this same manner, the three pieces that compose the exhibition engage with the implications and the effects that the passage of time has over the space itself, whether physical, material or imaginary. The Other (2018) by Frida Escobedo is an installation composed of 10 pieces of glass extracted from the windows of a dilapidated building from the 70’s in Colonia Juarez, whose materiality reveals traces of the multiple stories they have borne. In this way the remnants of dirt, paint and adhered stickers on the hazy glass surfaces function as an almost archaeological material that displays a narrative of the course of architectural modernity in Mexico. Japanese conceptual artist, On Kawara, began his Today series of paintings on January 4, 1966 and painted the numerical date of each day on that day, a practice he continued until his death. Here we present July 9, 1981, which is accompanied by the artist’s own purpose-made box for the work including a newspaper page from the same date. While On Kawara's painting registers temporality within in the globalized Western calendar, the work enters into an antithetical dialog with Escobedo's architectural suite which conversely communicates the accumulative passage of lived time.
Finally, Sunpath (1999), one of the most iconic pieces of Francis Alÿs's production of the 90’s, engages in a subtle antagonism with the other two works. Touching on both the continuous action of performance and photographic documentation, the work records the slow passage of a group of people as they shelter beneath the shadow of the Mexican flag cast across Mexico City's Plaza del Zócalo. The trajectory of the shadow over the course of a day marks time in space like a benevolent sun dial.

Frida Escobedo was born in Mexico City in 1979, where she currently lives and works. Since the foundation of her studio in 2006, she has developed an approach based on the idea that architecture and design represent a crucial means to raise questions and to debate about the social, economic, and political phenomena. Her work has been involved in various ways with art, such as the design of the Serpentine Pavilion, Serpentine Gallery, London, 2018. In 2015, during the celebration of the dual Mexico-UK Year, Escobedo was chosen by a jury from the Victoria & Albert Museum, to make an intervention in the fountain of the John Madejsky Garden. She also did the remodeling of "La Tallera" in 2010, which was the studio and residence of the Mexican artist David Alfaro Siqueiros in Cuernavaca. The same year she made her proposal for the Eco Pavilion at the Museo Experimental el Eco, Mexico City. Her artwork "The Other" was shown at the Franz Mayer Museum, Mexico City, 2020 and at the Museum Guggenheim, Bilbao, 2018. Or the design of the exhibition: "Lina Bo Bardi: Habitat", Museo Jumex, Mexico City, Mexico, 2020. Her first solo exhibition in the USA was "Station 9", Columbia GSAPP, Columbia, USA, 2018. Recently she was recognized as an International Fellow of the Royal Institute of British Architects (RIBA), 2017, and has won several awards such as the Architectural League Emerging Voices Award, in 2016, the Architectural Review Emerging Architecture Award in 2014. The BIAU award and in 2009 she was the winner of the Young Architects Forum, by the Architectural Association of New York. In addition to the work she does in her architecture studio, Frida Escobedo has taught at the Graduate School of Architecture, Planning and Preservation at Columbia University, the Harvard Graduate School of Design, and the Architectural Association in London. In fall 2017 she was appointed as a Howard A. Friedman Visiting Professor at UC Berkley. In spring 2019 she has been a professor at Rice University and currently teaches at the Harvard Graduate School of Design.

On Kawara was born in Kariya, Japan in 1932 and died in New York in 2014. In 1964 he moved to New York and two years later he created his first "Date Painting", monochromatic, red, blue, or gray canvases on which he only painted the date in white - together constitute the famous series called "Today". Over the course of 48 years, Kawara produced several thousand of these paintings in over 130 locations around the world. Kawara's first exhibitions include: "1st Nippon Exhibition", Tokyo Metropolitan Museum of Art, Tokyo, 1953, and in the Takemiya and Hibiya galleries the following year. His work was shown at the Dwan Gallery in New York in 1967, and his solo exhibition "One Million Years" was shown in Düsseldorf, Paris, and Milan in 1971. His solo exhibitions include: "Today 1967" at the Otis Art Institute, Los Angeles, and "97 "date-paintings" consécutives journaux de 1966 à 1975" at the Centre Pompidou, Paris, both in 1977; Kawara's work was included in Documenta 5, 1972, Documenta 7, 1982, and Documenta 11, 2002, in Kassel, and at the Tokyo Biennial, 1970, the Kyoto Biennial, 1976 and the Venice Biennial, 1976. His work is part of several museums collections around the world, including the Georges Pompidou Center, Paris; the Hara Museum of Contemporary Art, Tokyo; the Kunstmuseum Basel; the Metropolitan Museum of Art, New York; the Moderna Museet, Stockholm; the Museum of Contemporary Art, Tokyo; the Ludwig Museum, Cologne; Museum of Modern Art, New York; National Gallery of Art, Washington, DC; National Museum of Modern Art, Tokyo; Philadelphia Museum of Art; San Francisco Museum of Modern Art; Tate Gallery, London; Toyota Municipal Art Museum, Toyota City, Japan; and the Whitney Museum of American Art, New York. Kawara's first comprehensive retrospective, “On Kawara—Silence” at the Solomon R. Guggenheim Museum, was installed in 12 sections according to a plan devised by himself. Two years before his death, the artist offered the exhibit's curator Jeffrey Weiss a list of oblique titles—including “48 Years,” “Self-Observation” and “Monologue”—for each of the sections.