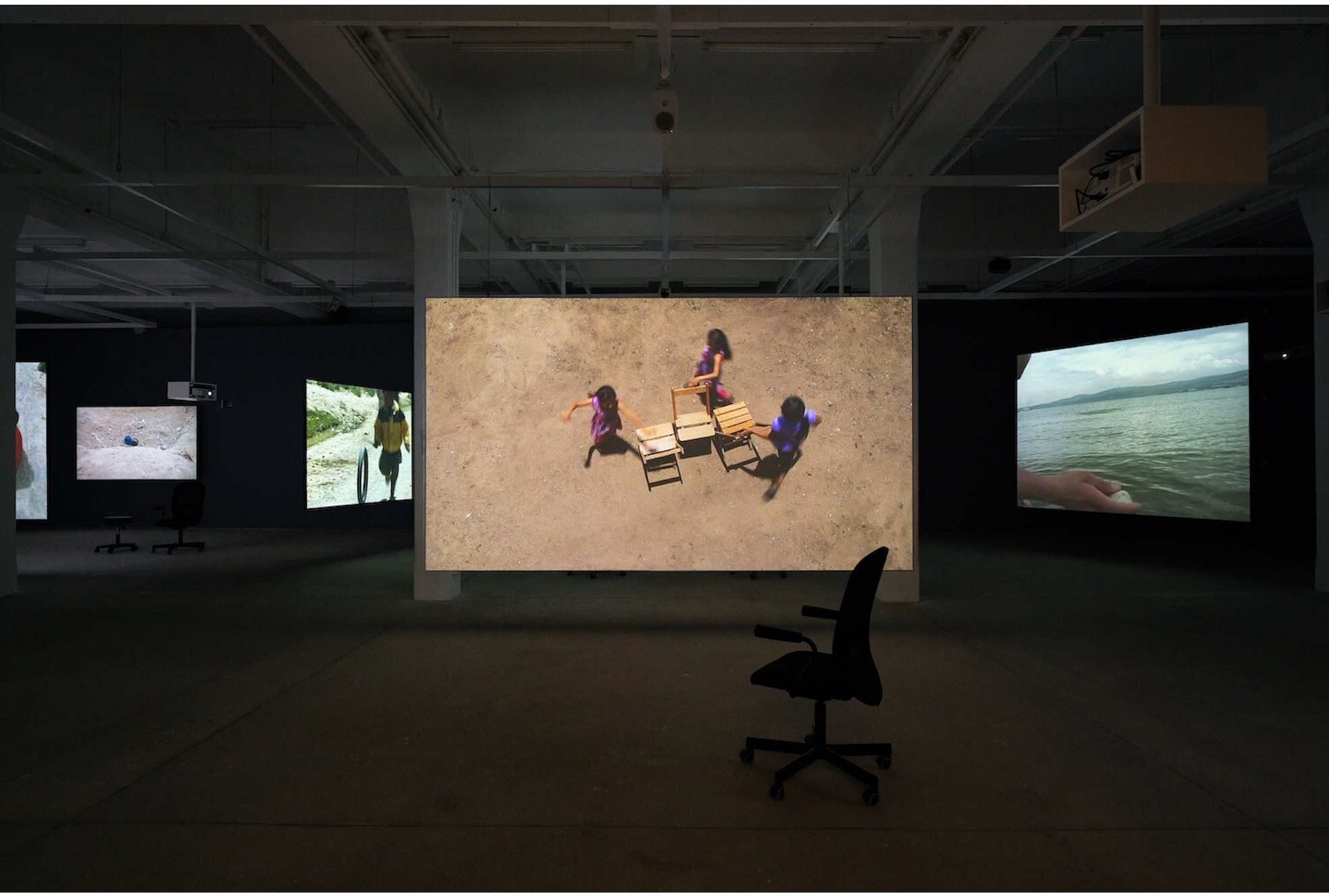 Wet feet _ dry feet: borders and games brings together three interconnected projects by Francis Alÿs (born 1959 in Belgium and based in Mexico City since the 1980s), widely perceived as one of the most influential conceptual artists of our time. Structured around the artist’s interest in migration and borders, as well as his fascination with children’s games from around the world, this solo presentation shines a light on Francis Alÿs’s poetic and imaginative sensibility, which is anchored by geopolitical concerns and individual possibilities, as well as on the shift of the protagonist in his recent works from the artist himself to children.

The title of the exhibition was the spark to Alÿs’s works in this exhibition: “Wet Feet, Dry Feet” refers to the 1995 US policy on Cuban refugees. Under this policy, Cuban migrants headed for the United States faced vastly different treatment depending on whether they were intercepted at sea or on land, on US soil. If intercepted at sea (“wet feet”), they would be repatriated back to Cuba; if intercepted on land (“dry feet”), they would be allowed to stay in the United States. This policy is uncannily similar to Hong Kong’s “Touch Base” policy in the 1970s, when Mainland Chinese migrants would be sent back to the Mainland if intercepted at sea or in the New Territories; only if they reached south of Boundary Street—the formal boundary between Kowloon and the New Territories—were migrants allowed to stay legally in the territory (in the quirky British sports reference, “touch base”).

Expanded from the exhibition The Logbook of Gibraltar at Art Sonje Center in 2018, this exhibition for Hong Kong unfolds from Bridge/Puente (2006)—where the artist attempted to connect Havana, Cuba, and Florida, USA, with lines of boats volunteered by fishing communities and private boat owners—to its second incarnation in the Strait of Gibraltar, Don’t Cross the Bridge Before You Get to the River (2008), where groups of children depart from the shores with “shoe boats”, metaphorically connecting the two continents. These two projects are juxtaposed with Children’s Games (1999–ongoing), a collection of more than 20 documentary videos of children at play in commonplace settings and in various locations, from the streets of Mexico and the seashore in Europe, to remote villages in Afghanistan as well as a refugee camp in Iraq; these are supplemented by videos filmed by the artist in Hong Kong, as new commissions by Tai Kwun Contemporary.

Without ever becoming directly involved, the artist documents children moving in their own ways and playing their games, games which also echo the rituals, symbols, insights, superstitions, and events of the specific society, culture, and locality. Children’s Games is in the vein of his artistic practice—touching poetically on conceptual displacement and alluding lightly, whimsically on politics and social engagement. Viewers can observe a poignant sense of innocence and the redemptive power of play—universal and transcending conventions, boundaries, and borders.