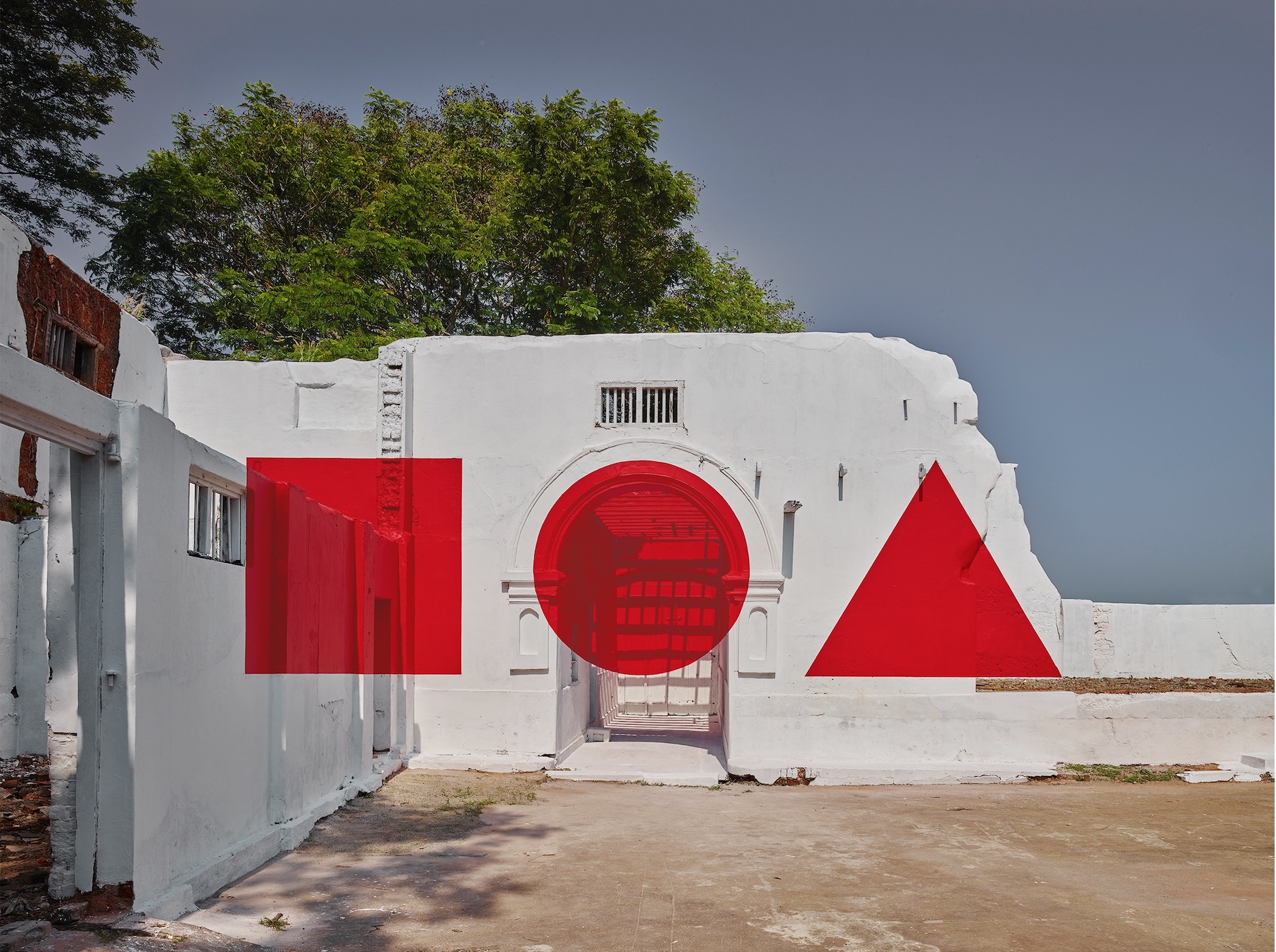 With the exhibition UTOPIA, Galerie Springer Berlin is presenting new works by Georges Rousse, an artist with whom the gallery has been collaborating since the start of the 1990s. The ‘physical interventions’ he performs in the spaces portrayed in his photographs continue to fascinate and confuse the observer.

Even in the digital age, this fascination lives on. Rousse’s ingenious manipulations using constructions, drawings and panting are more surprising than ever in a world where the boundaries between reality and virtual reality are increasingly blurred. Using colour, light and architectural elements, Rousse transforms the three-dimensionality of the space into a two-dimensional photographic surface. Does reality become vision or vision become reality?

About Georges Rousse: Georges Rousse was born in Paris on 27 July 1947. He lives and works in Paris and Nice. He received his first camera, a Kodak Brownie, as a gift when he was nine years old. Since then, the camera has never left his side. He left medical school to study photography and printing techniques. After opening his own studio, he dedicated himself to architectural photography.

He has received numerous fellowships and awards, including the Prix de Rome, Italy (1986), the Prix ICP (Institute Center of Photography), New York (1988) and the national Grand Prix for photography, France (1993). In 2008, he succeeded Sol LeWitt as associate member of the Royal Academy in Belgium. His works are included in many private and public collections around the world.