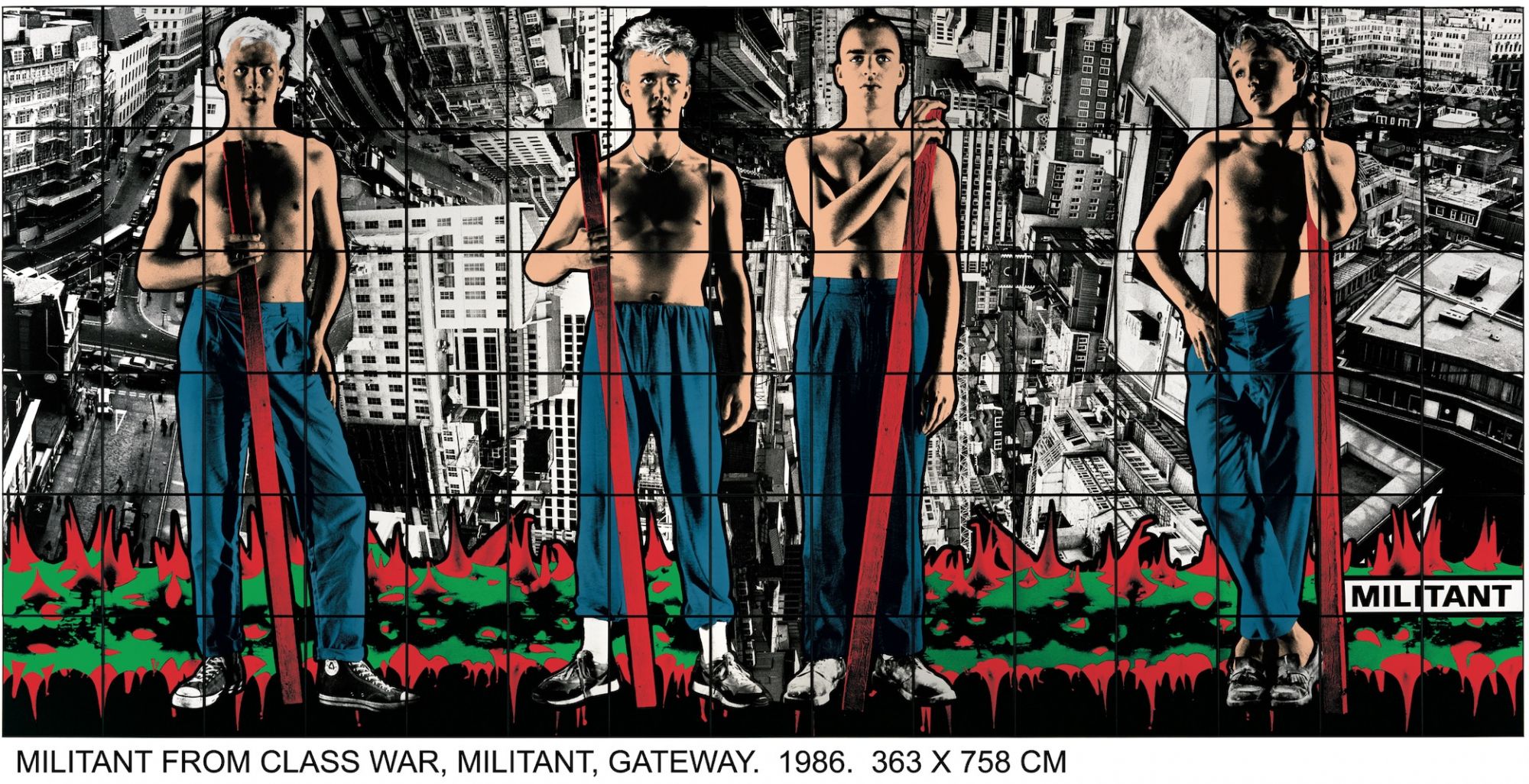 "We know we cannot achieve utopia, but we try every day." Gilbert & George

In the spring of 2020, the Fernand Léger national Museum offers visitors a total immersion in two spectacular 20th century works.

In a visually striking contemporary echo, the plastic power of the painting Les Constructeurs, painted by Fernand Léger in 1950, meets the complexity of the monumental triptych, CLASS WAR, MILITANT, GATEWAY, created in 1986 by the British artist couple Gilbert & George (born in 1943 and 1942 respectively).

Inventors of an artistic language combining the seriousness of the subject matter and the exuberant freedom of the images, in the extension of Pop Art, Gilbert & George are part of the continuity of the painted work of the master of the avant-garde: their wonder at the daily spectacle of the city, their political commitment which leads them to transcribe the transformations of society, their evolution towards an increasingly assertive monumentality, and their conviction of the need for art for all are as many common points that unite these artists across the generations.

The symbolic force and epic breath that runs through their works testify to their activism and their hope for the future, and give their images a universal dimension.

The work CLASS WAR, MILITANT, GATEWAY is on loan from the Louis Vuitton Foundation, Paris, an exceptional partner of this exhibition.