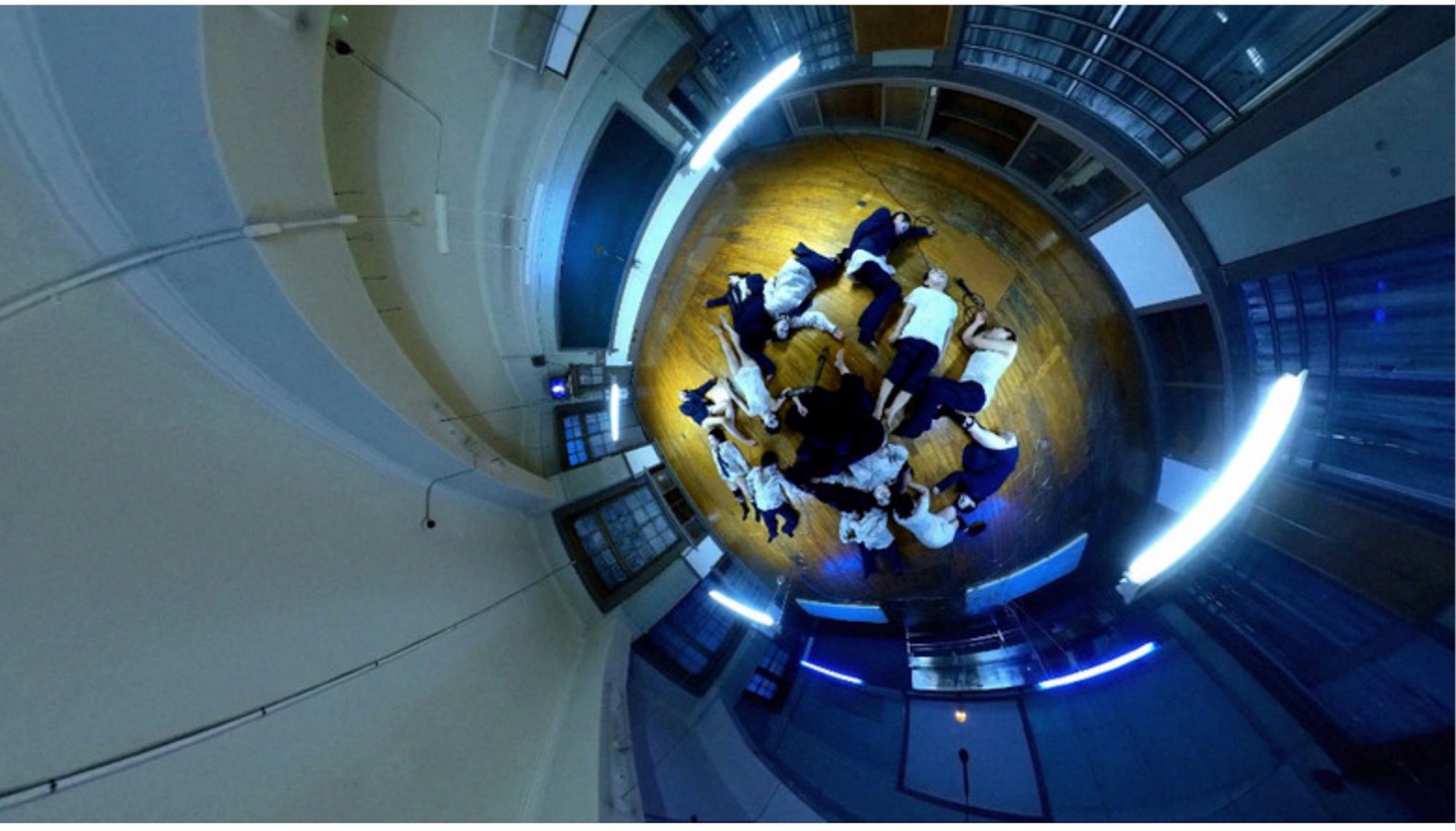 Fabien Giraud and Raphaël Siboni create a multifaceted work in which films, performances and sculptures present alternative hypothesis of our past and future as so many possibilities for transforming us in the present.
Following The Unmanned, a series of 8 films retracing a history of computation in reverse, the artists have been working since 2018 on a second cycle called The Everted Capital. This new project, conceived as a performative speculation on the future of value, attempts to produce, through each episode and via the protocols that they unfold, an alternative fiction to that of capital.

Infantia is the exhibition of a birth.
Before becoming a museum, the IAC was a school. The school becomes a child.

Within this child’s body, there is: a sunset at midday, immortal communists sleeping under a rain of salt, death as atavism, Lydian kings and money. There is also: a 3000 year hostage crisis, a dismantling earth, a night without stars, an uprooted tree, Richard Nixon and the void.

Within this museum-child, each thing, each object, is the trace of an exchange, the remains of a fiction of value. It contains them all but cannot be reduced to any of them. Although everything within the child can be exchanged, it can be exchanged for nothing. If, later it grows, its infancy will not be a “before”, this age that we grown-ups have lost: not the invaluable value of infancy, that time before exchange and accounts; but the infancy of value itself.

At the IAC, Infantia (1894-7231) gathers for the first time the prologue of The Everted Capital, as well as the two first episodes. Each of these movies, of an approximate duration of 24h filmed in real time, show bodies affected by a repeated fiction and its progressive mutation under the effect of time and the inevitable tiredness of its protagonists.
For the exhibition, the protocols in place in the movies are reproduced into the space. The objects that come out of it, as fictions waste, form the child’s body. An articulated body, in movement, through which the visitor goes, affected in turn by the fiction and the hypothesis of another world that it carries.

The exhibition is realized in collaboration with Okayama Art Summit 2019 and the Casino Luxembourg – Forum d’art contemporain.