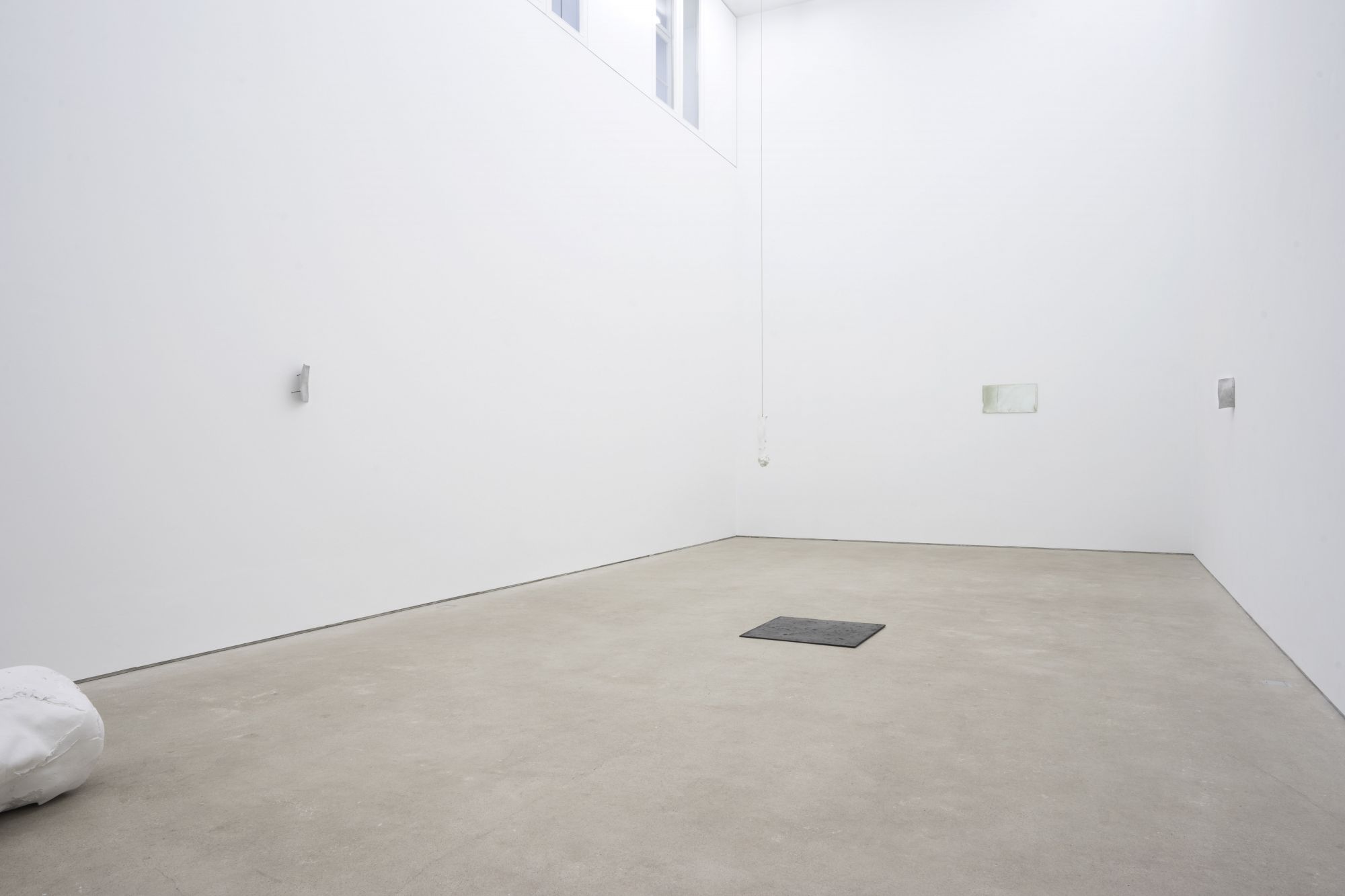 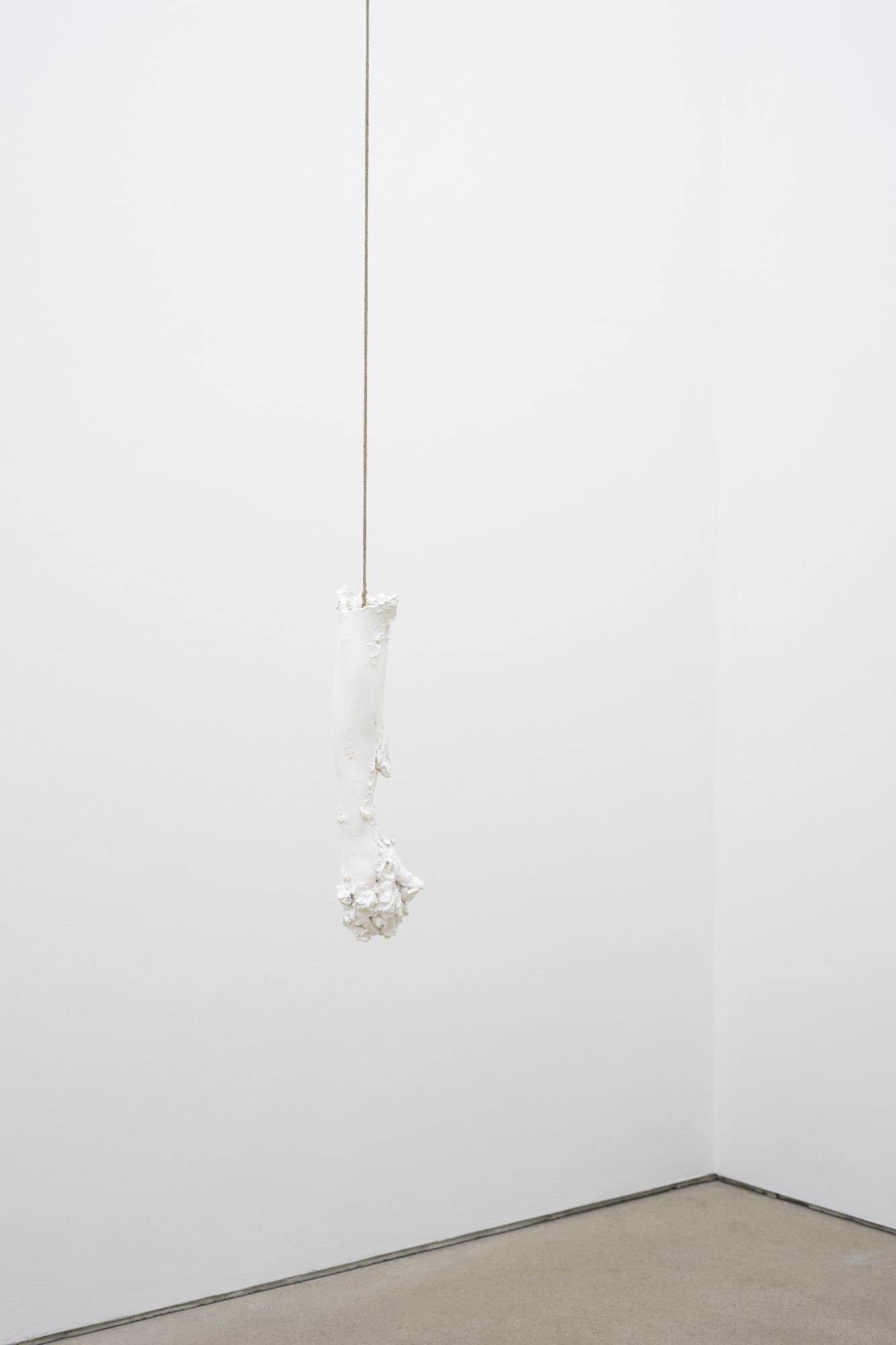 As an artist, one creates not only a work, but at the same time also one’s own persona as an artist. Some of the works in Johannes Wald’s exhibition deal with the unavoidable combination of these two aspects, while others are concerned with fundamental issues of sculpture – with the inside and outside, material, form, space, and emotion as possible content. The work “Range of my sentiments” describes a kind of emotional space – a strange coordinate system, such as is used in mathematics to depict spatial complexes. Formed from plaster it displays fingerprints and other traces of manual processing. It connects subjective activity with the cool, abstract, and generally readable signs for space. The supposed theme of the sculpture is the three-dimensionality inscribed per se in a sculpture. Even if associations of this tautological zeroing of the object as the level of its meaning are always evoked, the inconspicuous work goes far beyond that. Set up in the corner of the exhibition room, the sculpture namely seems to take up all the other works in itself, thereby becoming a kind of frame comprising and locating all of Wald’s artistic expressions.

“Untitled (model for a self)” is a kind of short circuit of the sculpting process. Wald’s hand and the material that this hand is just forming are cast in plaster, inseparable; the boundary between object and subject literally dissolves here. A resolution of a different kind occurs in Wald’s first publicly shown film work. The 3D video “Folding time into space, while smoking weed and listening to Charles Mingus” uses a circling tracking shot through the studio. After shooting, in editing, the same (two-dimensional) video footage, complete with audio track, was then laid over itself, shifted slightly in time, separating the images seen by the right and left eye by means of active-shutter-3D-technique. With the aid of shutter-glasses the track for the right eye shows the footage a few moments later than the track for the left eye; the camera’s circling thereby creates an impression of three-dimensionality. But this comes at the price of losing the video’s linearity. Charles Mingus’s jazz piece “Fables of Faubus” tolerates the few seconds of delay in one of the audio tracks relatively well – in some passages, one can hardly hear the doubling. But, at the latest, when the video’s protagonist moves and lifts his arm for the left eye but is still motionless for the right, the spatial illusion evaporates and reveals that the space one is looking into is not real space, but as if located outside of time.