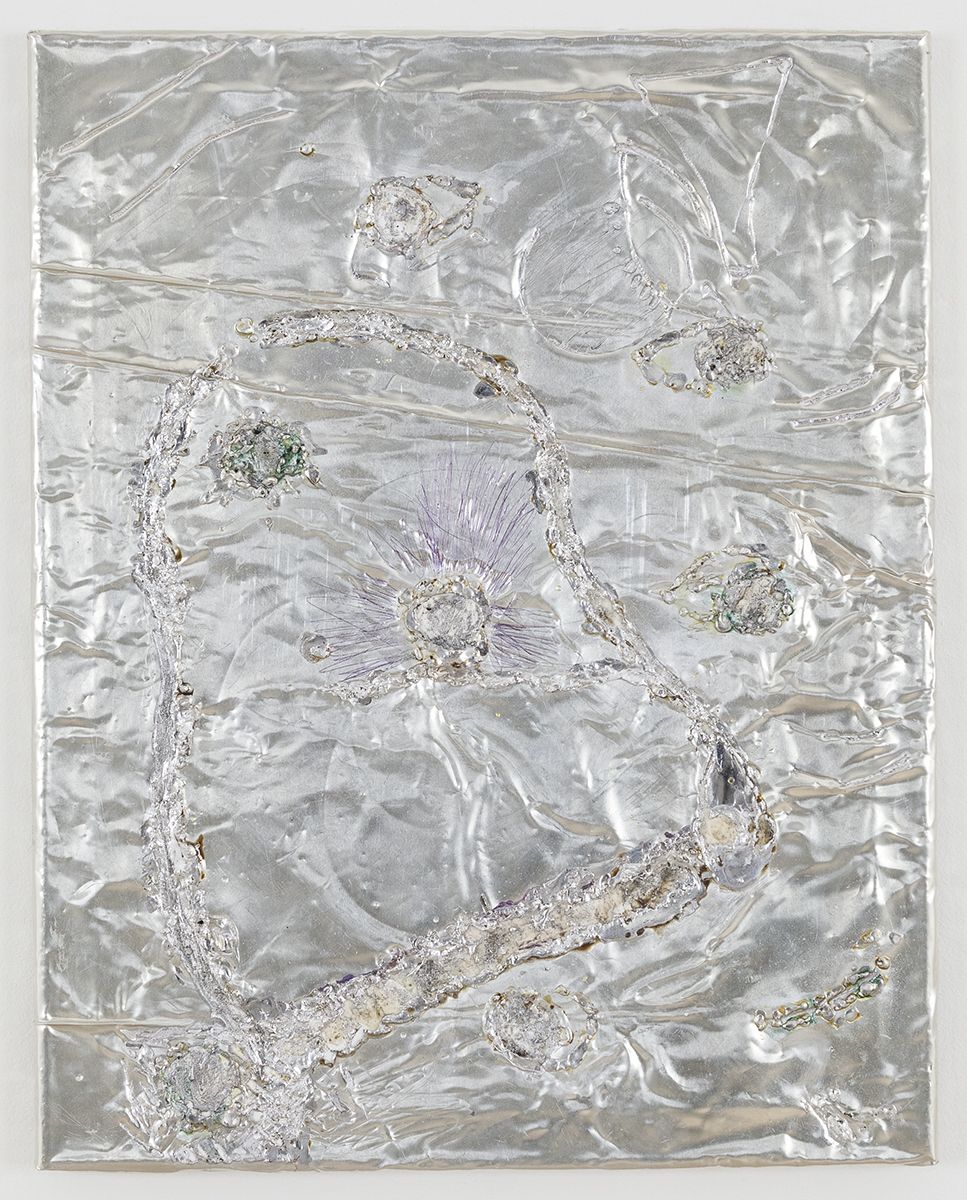 The focus of the collection was one way to ask when and why once did it come to pass long ago so long ago that I would become an artist, and how did this original moment mingle with the original moment of developing other more serious personal bad misdemeanors, although in fact coming from an environment where such aesthetic values did not play any role, instead everything was perfect to develop a good person whose life duration is defined by good events. The necessary question for analyzing the simultaneous temporal appearance of the two trajectories might be to ask if something or someone “touched” me long ago and unknowingly to me a touch that produced later on such struggles that often come with being an artist and a not good guy. While meditating or self analyzing memories of young age, I became aware that such a “touch” could be called a touch that led to a possession or to a kind of modern bedevilment even.
– from Josef Strau: Tears and New Tears, 2018

Josef Strau’s fourth solo show at Greene Naftali is titled Tears and New Tears. It presents a new group of paintings, as well as drawings, text posters, and a publication produced on the occasion of the exhibition. The new paintings, inspired by a trip to Mexico and Strau’s interest in Byzantine iconography, are made of tin and soldering wire. Within deliberate erosions and incisions on the tin surfaces, Strau paints in a palette reminiscent of one of his childhood heroes, the Austrian-born artist Friedensreich Hundertwasser. Here, as in previous exhibitions, Strau pairs the tin-and-wire works with printed texts: automatic writing, infused with Strau’s memories and autobiography, organized visually into concrete forms.