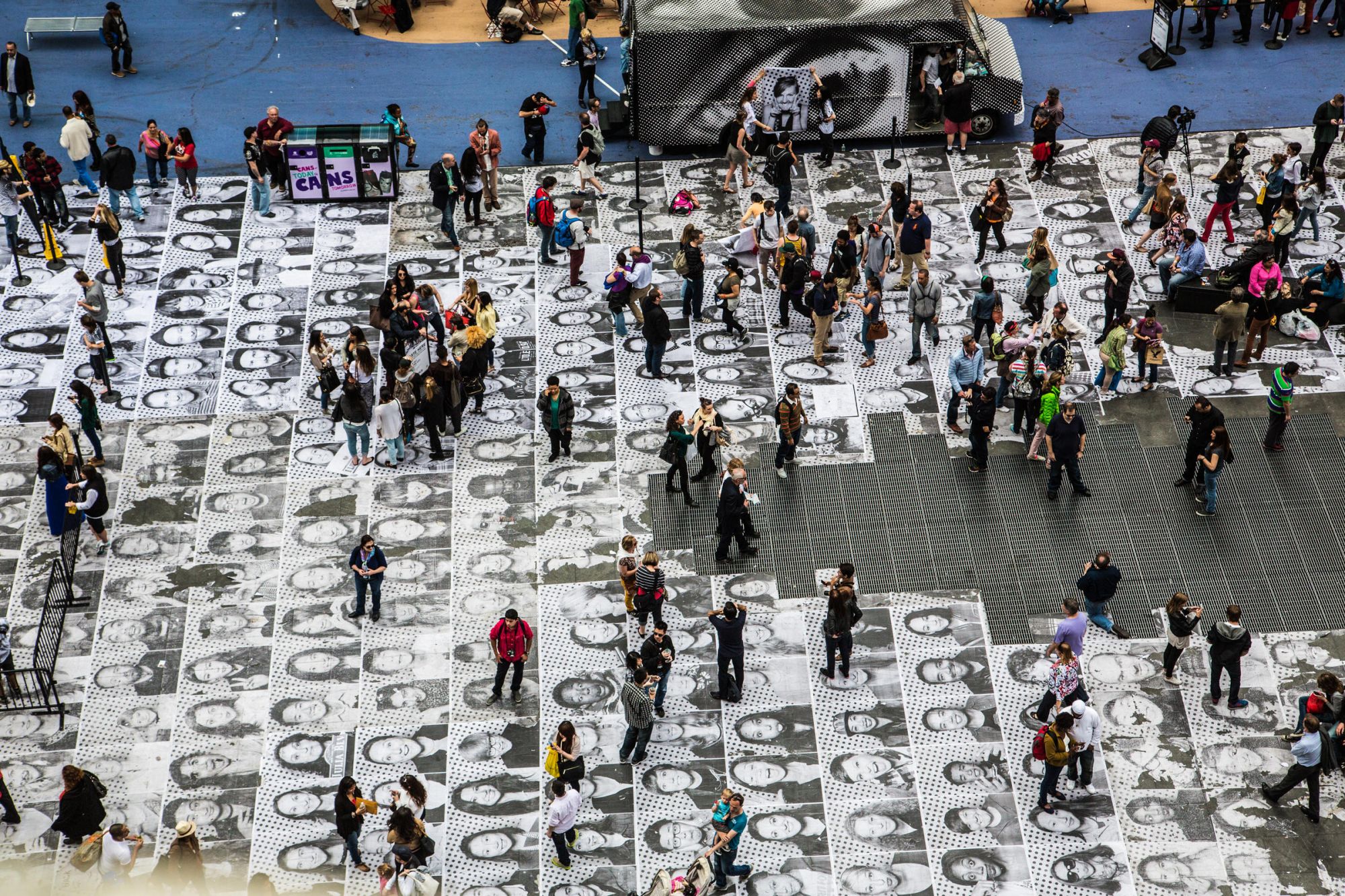 Over the past two decades, JR has expanded the meaning of public art through his ambitious projects that give visibility and agency to a broad spectrum of people around the world. Showcasing murals, photographs, videos, films, dioramas, and archival materials, JR: Chronicles is the first major exhibition in North America of works by the French-born artist. Working at the intersections of photography, social engagement, and street art, JR collaborates with communities by taking individual portraits, reproducing them at a monumental scale, and wheat pasting them—sometimes illegally—in nearby public spaces.

This soaring multimedia installation traces JR’s career from his early documentation of graffiti artists as a teenager in Paris to his large-scale architectural interventions in cities worldwide to his more recent digitally collaged murals that create collective portraits of diverse publics. The centerpiece of the exhibition is The Chronicles of New York City, a new epic mural of more than one thousand New Yorkers that is accompanied by audio recordings of each person’s story. All of the projects on view honor the voices of everyday people and demonstrate JR’s ongoing commitment to community, collaboration, and civic discourse.

In addition to works by JR presented at the Museum, a monumental public mural featuring The Chronicles of New York City was on view in Domino Park, Williamsburg, Brooklyn. The project has been conceived in collaboration with LOT-EK, which designed Triangle STACK #2 to help bring JR's mural into the city's open space. JR’s murals are also on view at Kings Theatre in Flatbush and the Brooklyn Academy of Global Finance in Bedford-Stuyvesant, with more planned for the run of the exhibition.

Leadership support for this exhibition is provided by Clara Wu Tsai.

Major support for this exhibition is provided by the Ford Foundation.

This exhibition is part of Brooklyn Falls for France, a cultural season organized by the Cultural Services of the French Embassy and FACE Foundation in partnership with Brooklyn venues.