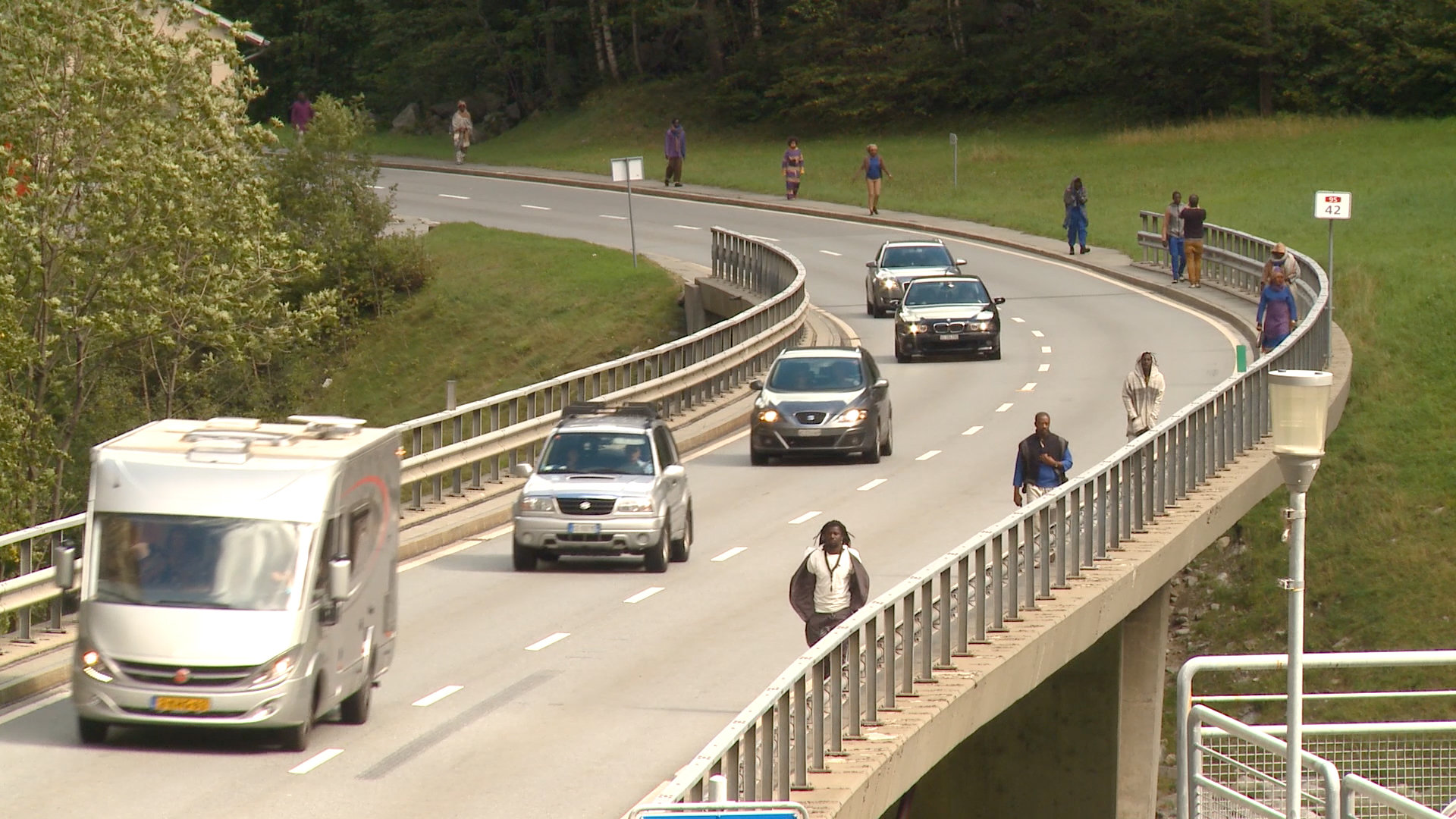 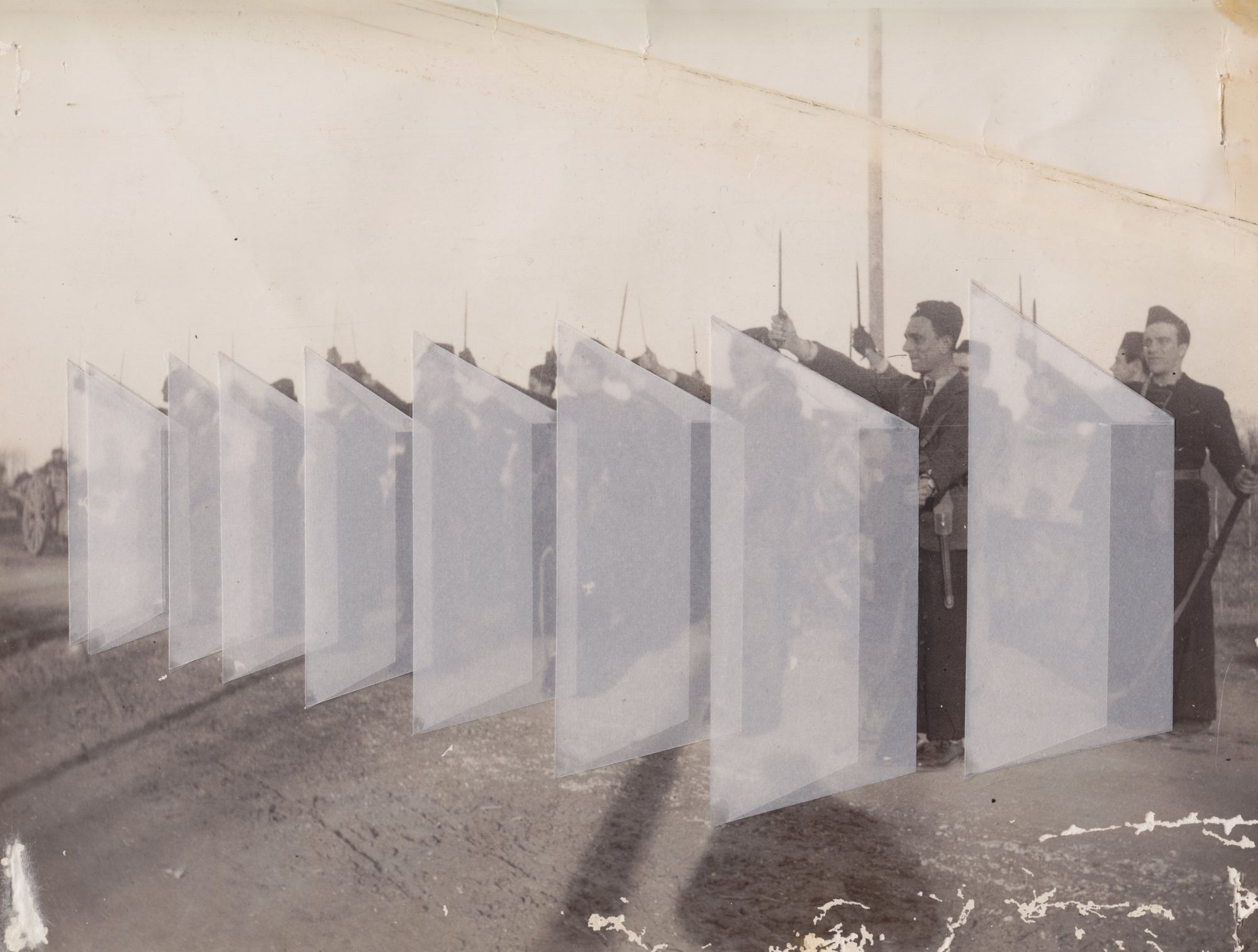 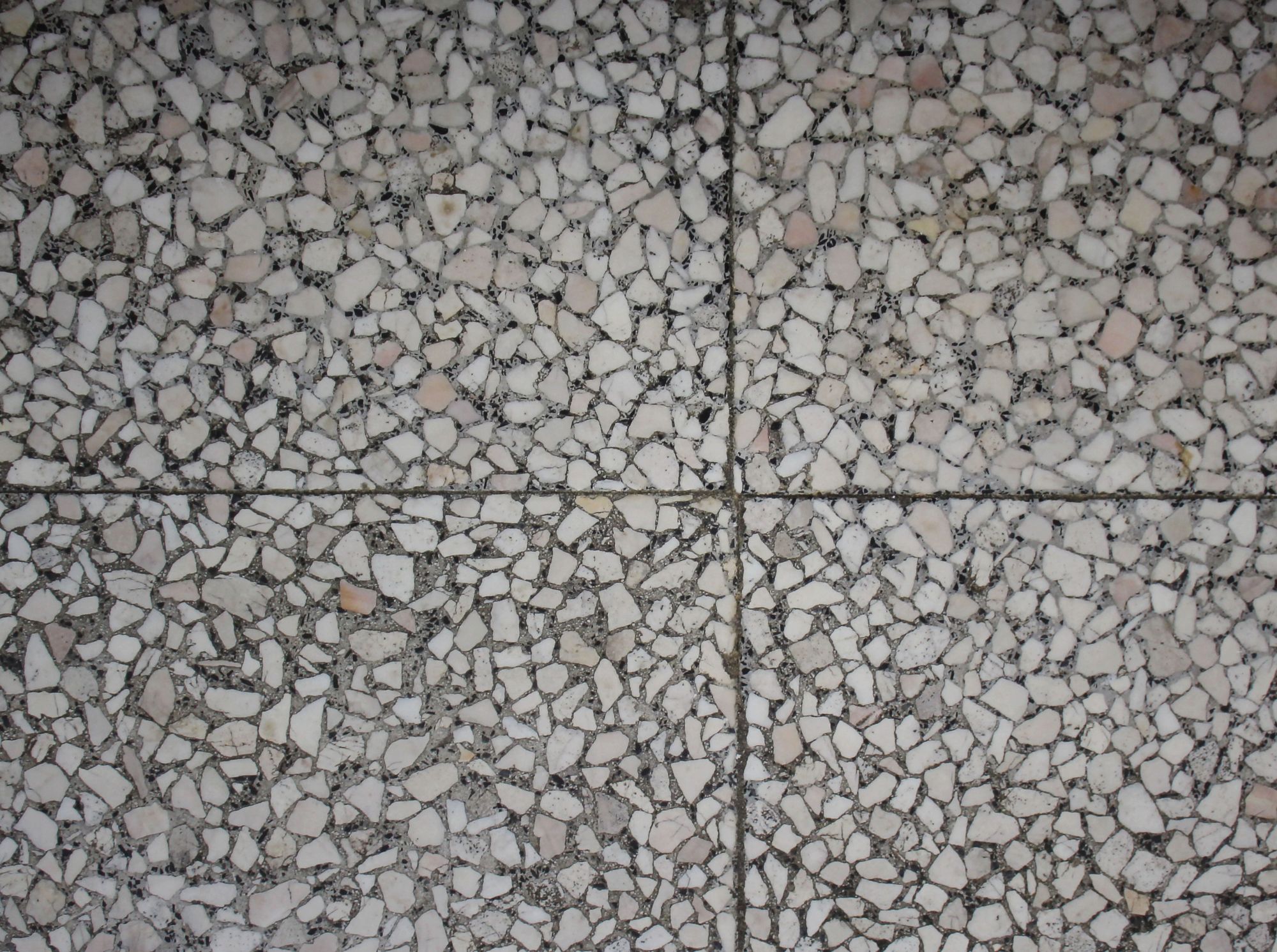 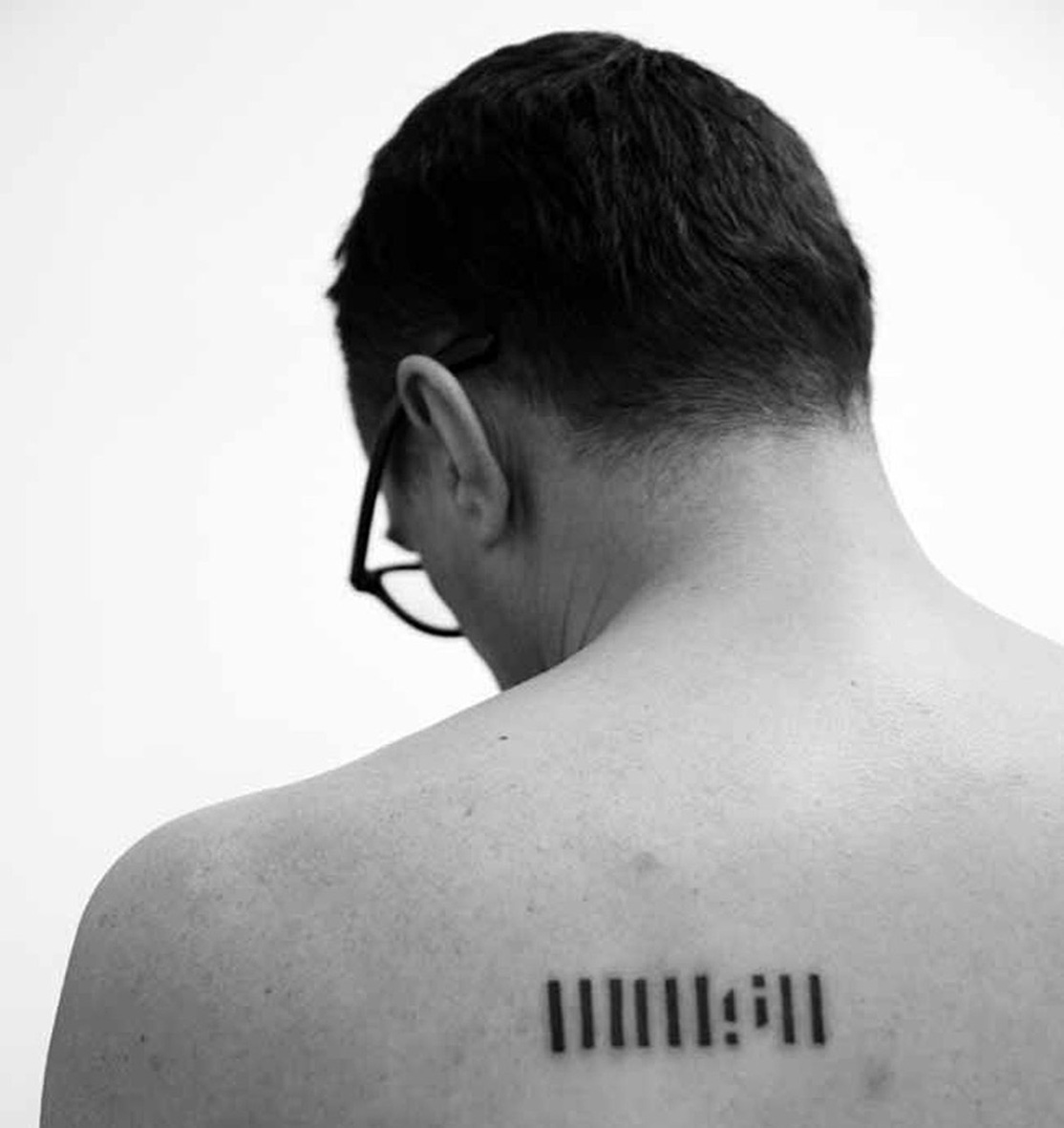 The two performance artists, Giovanni Morbin and Slaven Tolj, featured in this exhibition, refer to distinctive cultural signs, symbols, and journeys. Just a line examines different perspectives on this topic. Both artists share a conceptual approach and in different ways they defined, challenge, and reflected upon the role of the line.

The definition of a line is a mark that can connect two points or a straight path that is endless in both directions but can also divide them. A line can be one- dimensional, two-dimensional or three-dimensional, abstract, descriptive or implied and can vary in width, direction, and length.

Morbin and Tolj are from different cultural backgrounds (Italy / Croatia) but sharing the same age, both refer in their art to the modern history and circumstances conditioned by political structures and economical and private changes. In our contemporary society, the notion of border(lines) as geographic demarcations with political and economic ramifications is evoked frequently. Morbin address directly the multifaceted and complex topic of the line to the borders, while Tolj deal more broadly with issues of distance and emotional connections.

Giovanni Morbin work warns us what will happen when borders are closed and in which way lines can be drawn. His room-sized kinetic readymade installation in the gallery refers to all these topics. On the main wall of the gallery we see the performance video “Il confine è originale al transito” (1) - a catwalk, silently overwhelming between Italy and Switzerland (Simplon Pass). The thirteen performers of different national and cultural backgrounds (Immigrants) had the possibility to pass the border legally. The clothes worn during the show / performance were designed thanks to a workshop at the Fabbrica del Vapore, the result of collaboration with fashion designer Giovanni Donadini (Canedicoda), made with the donated fabrics by Bonotto SpA. Each dress is packaged translating the immigration story of the performers themselves.

On the basis of an antiquarian book and a vintage photography / collage, Giovanni Morbin reworks a timeline which has taken place without him. He shows us the line which is glorifying the fascist symbol in a very minimalistic and silent way and gives reference to the danger of the new rise of the extreme right-wing party all over Europe.

In the other gallery room, we see on the main wall a simple installation called Daljina by Slaven Tolj. He placed on each site of the wall two images of a stone floor, one from Rijeka (MMSU) and one from Dubrovnik (Lazareti). Theses photographs are connected via a brown gluing tape. The line is 4,2 meters long and is representing the distance (Daljina) between Rijeka and Dubrovnik (420 km).

Tolj crosses temporal lines/borders and the boundaries of memory as he engages with his stories. But to understand his drawn line, you must know more about Tolj`s life, two opposing situations – Tolj the collective icon and hero and Slaven the damaged man who is trying to re-establish a new life in Rijeka. Tolj lived and worked his whole life in his home town Dubrovnik. He has many different stories to tell about Dubrovnik - from the war to the Golden Age of tourism, engaged in social and political topics, all the time fighting for his town.

Slaven Tolj was co-founded of Lazareti in Dubrovnik in 1988, one of the most active art centres in Croatia, which focuses on the interaction between contemporary arts and social change. His personal relationship with this place is represented by an iconic performance, he tattooed the Logo of Lazareti on his left upper arm 2004.

2013 he had enough and was tired of fighting. He left Dubrovnik and become director of the MMSU in Rijeka and opened a new chapter in his life. He went there alone, his beloved family (wife and children) stayed in Dubrovnik. 2013 he inscribed on his left shoulder the logo of the Museum in Rijeka, just like long time ago he branded himself with the stamp of Lazareti.

In the photo-series Ulica Branimira Markovića (UBM) we locate the empty and desolate domicile in Rijeka and it's highlighted interweaving public and private lines. Tolj imagines a cross-generational dialogue, moving his stories forward across the decades and offering a meditation on identity, family, intimacy, human vulnerability and loneliness. Tolj tries to understand the line and tires to connect, but at this point the line is endless.