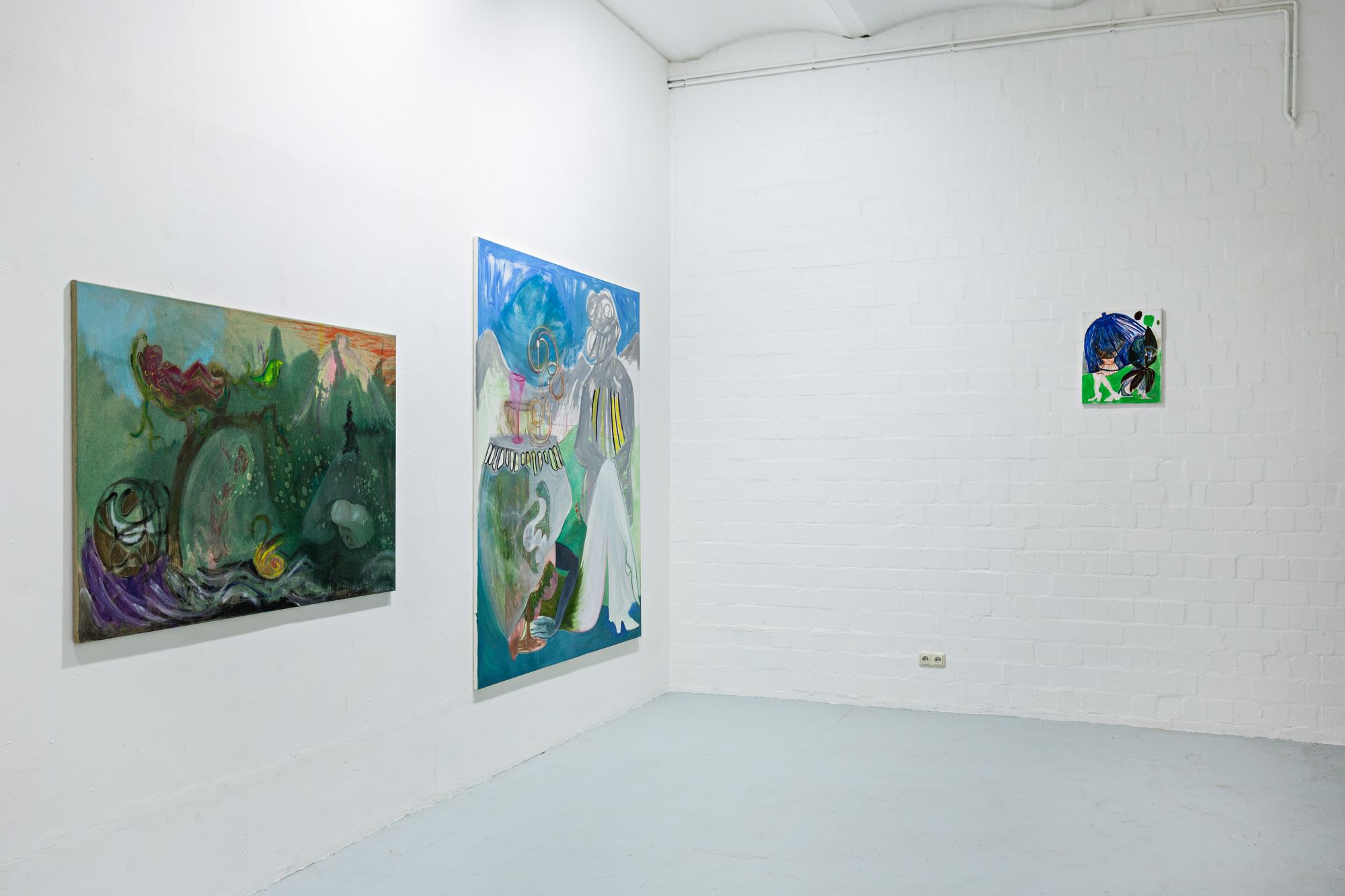 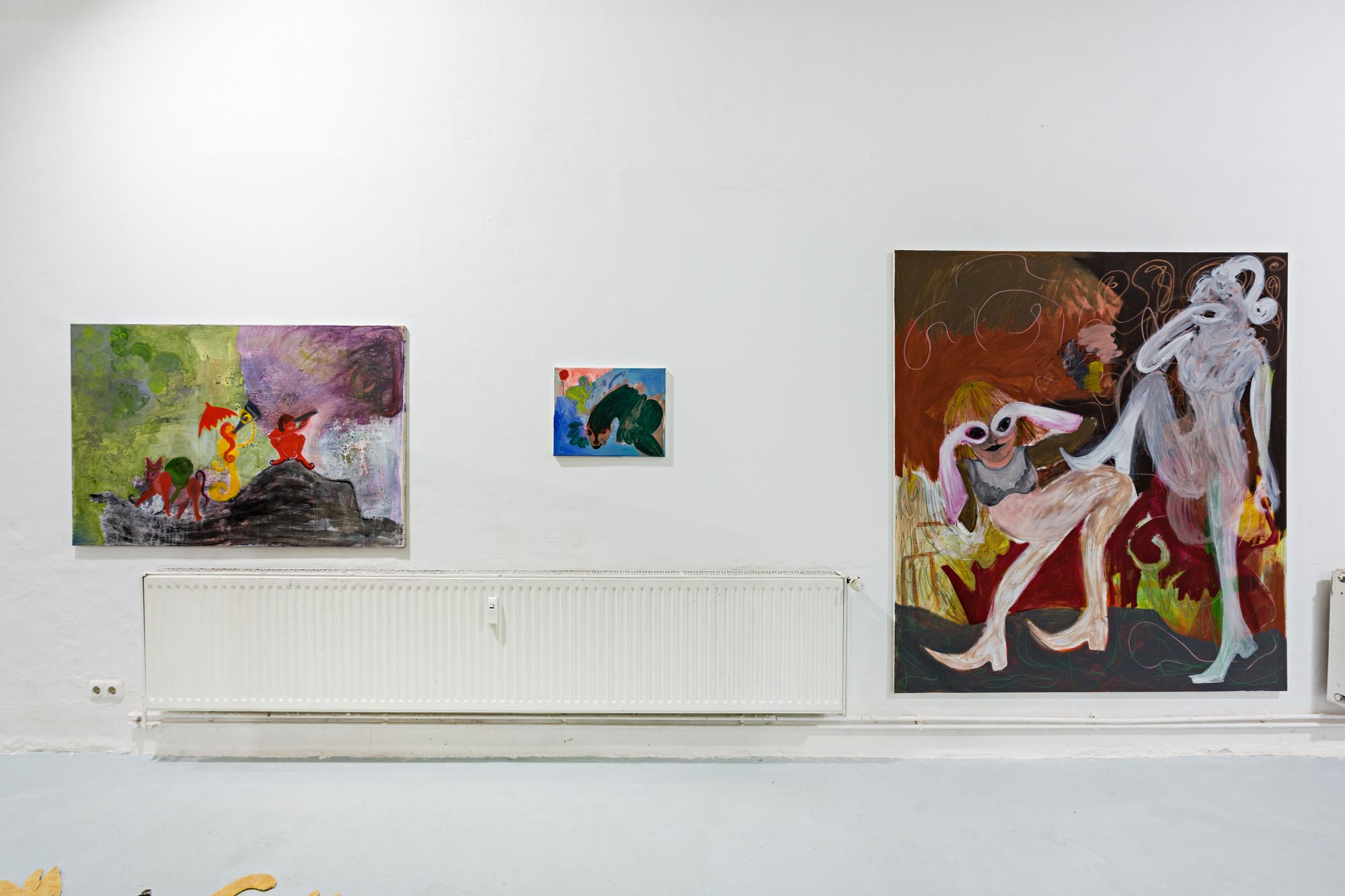 Kamilla Bischof makes use of predominantly representational motifs in her paintings and develops an allegorical and surreal image language that touches upon both the real and the imaginary. Embedded in abstracted environments or stage-like interiors, surrounded by vegetation or fantastical animals, it is foremost Bischof’s grotesquely exaggerated figures that convey an urgency, a strange other-worldliness and at once a strong presence, while the scenes surrounding them often recede to the background, fading out or even become frayed. Whether fully formulated in painterly terms, as abstract color gestures, or as signs placed in the image space, Bischof’s beings frequently appear impeded, distorted or bent, as if they had arisen from an inflammatory nerve on impulse. In these paintings we find, not so much narrative continuity, as an illustration of isolated human conditions or mental states that Bischof outlines with her sceneries and figures, and for this reason they can indeed be grasped as allegories: states of impediment, inner unrest and strife, aggressiveness and incomprehension. In this sense, her pictures expand more into the depth, into their own image worlds, than as narrative strands to be read in relation to the other paintings placed in the gallery space. Even if they do not refer to each other a priori, they do react to each other, evoking in their interrelationship and overlapping of motifs chains of association that are not explicitly but latently inherent in the paintings. The figures seem to talk past each other, to fantasize, or brood over trivialities—for example, whether that is now a tower or a hairdo (Turm Frisur). But the fact that the works are not exhausted in interpretations of this kind testifies to aplomb, openness, complexity, and tolerance toward ambiguity evidenced not least by Bischof’s image worlds unfolding between such different moments as fantasy and reality.

Performance by Lea von Wintzingerode
»This is my fabrication«
Friday, March 10, 8 pm

Inclusive painting workshop with Anneliese Maaß
Wednesday, 05. April 2017, 17.00 - 19.00
For children, adolescents and adults with and without impairments, prior knowledge is not required