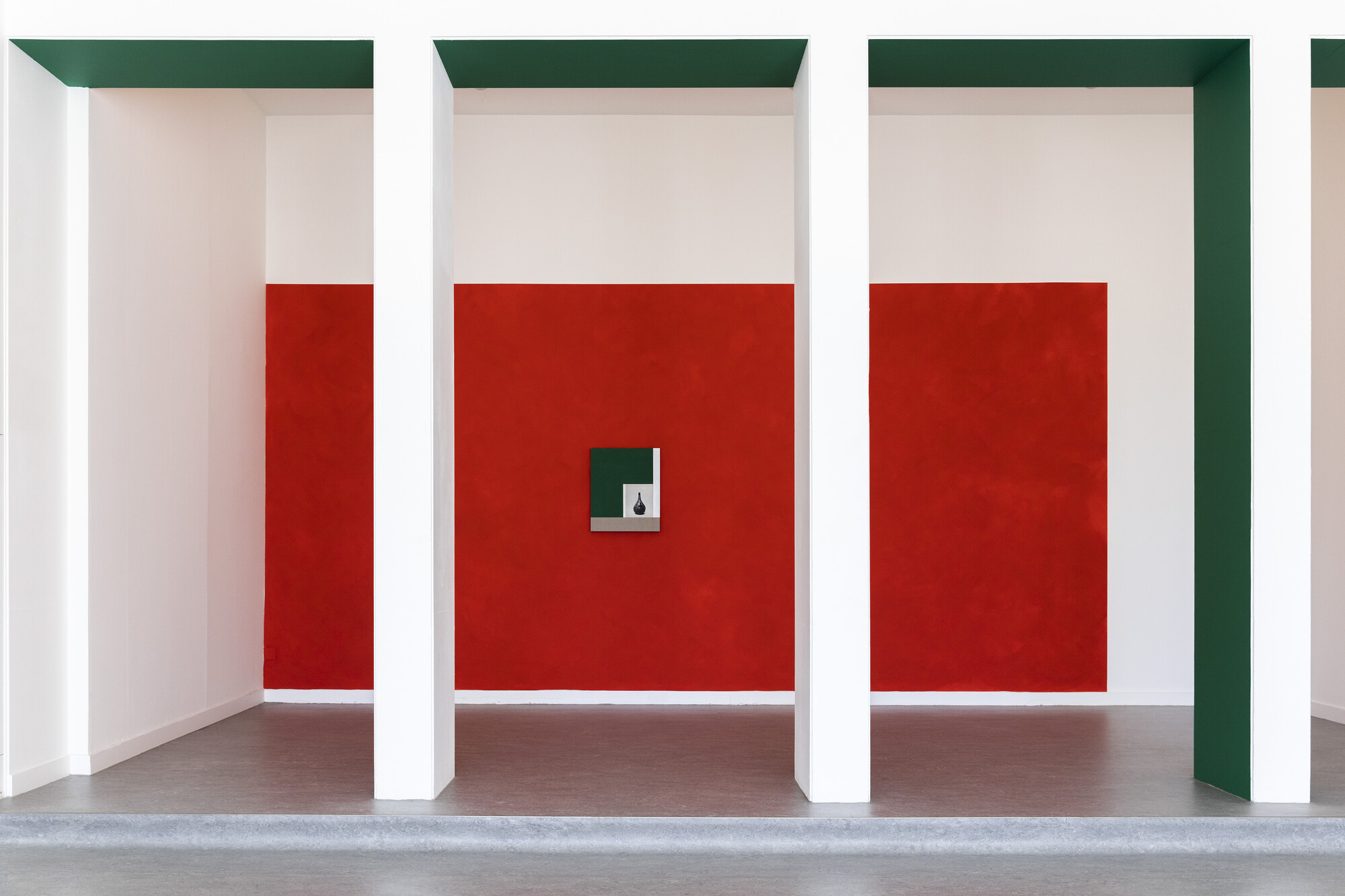 Z33 is delighted to present Lives of Forms, the first two-person exhibition of Kamrooz Aram and Iman Issa. This exhibition focuses on the artists’ explorations of the political significance of aesthetic forms.

Iman Issa reimagines existing artworks and monuments. In her sculptural displays she introduces alternative forms to evoke the same ideas, public figures, and historical events as those portrayed in the original works she references. Stripped of recognizable details, her versions look nothing like the originals. In this way, she directs the viewer’s attention away from questions of provenance and towards the relationship between form and subject matter. Whereas the form of an artwork or monument normally remains unchanged over time, its meaning changes as a result of social developments. Issa’s works seek new forms for these changing meanings.

Kamrooz Aram’s unique approach to painting extends beyond the canvas and onto the gallery walls, integrating exhibition design with the artworks on display. In his work, he places ornament at the center of modern painting, thus challenging eurocentric versions of art history in which ornamental art is often seen as a lesser art form. Aram’s compositions reveal surprising parallels between ornamental art and geometric abstract painting. By creating interdependencies between paintings, displayed objects and mechanisms of display, he brings attention to the importance of the design and architecture of museums in shaping the way we look at art.

Iman Issa (b. 1979, Cairo, Egypt) is an artist based in Berlin. Since 2020 she has been Professor of Sculpture at the Academy of Fine Arts in Vienna. Her recent solo exhibitions include Proxies, with a Life of Their Own, Taxispalais Kunsthalle Tirol, Innsbruck, Austria (2020); Surrogates, Kunstmuseum St. Gallen, St. Gallen, Switzerland (2019); Book of Facts, daadgalerie, Berlin (2019). Issa’s work is held in the collections of the Museum of Modern Art, the Solomon R. Guggenheim Museum, and the Whitney Museum of American Art in New York, amongst others. She is a recipient of the Vilcek Prize for Creative Promise (2017), the Louis Comfort Tiffany Foundation Award (2015), HNF-MACBA Award (2012), and the Abraaj Group Art Prize (2013).

Kamrooz Aram (b. 1978, Shiraz, Iran) is an artist living and working in Brooklyn, New York. His work has been the subject of recent solo exhibitions including: An Object, A Gesture, A Décor, FLAG Art Foundation, New York (2018); FOCUS: Kamrooz Aram, Modern Art Museum of Fort Worth, Texas (2018); Ancient Blue Ornament, The Atlanta Contemporary, Atlanta, Georgia (2018); Ornament for Indifferent Architecture, Museum Dhondt-Dhaenens, Deurle, Belgium (2017). Aram’s work is held in the collections of The Metropolitan Museum of Art in New York, The Modern Art Museum of Fort Worth, Texas, the M+ Museum in Hong Kong, and the Sharjah Art Foundation, Shajrah, UAE, amongst others.