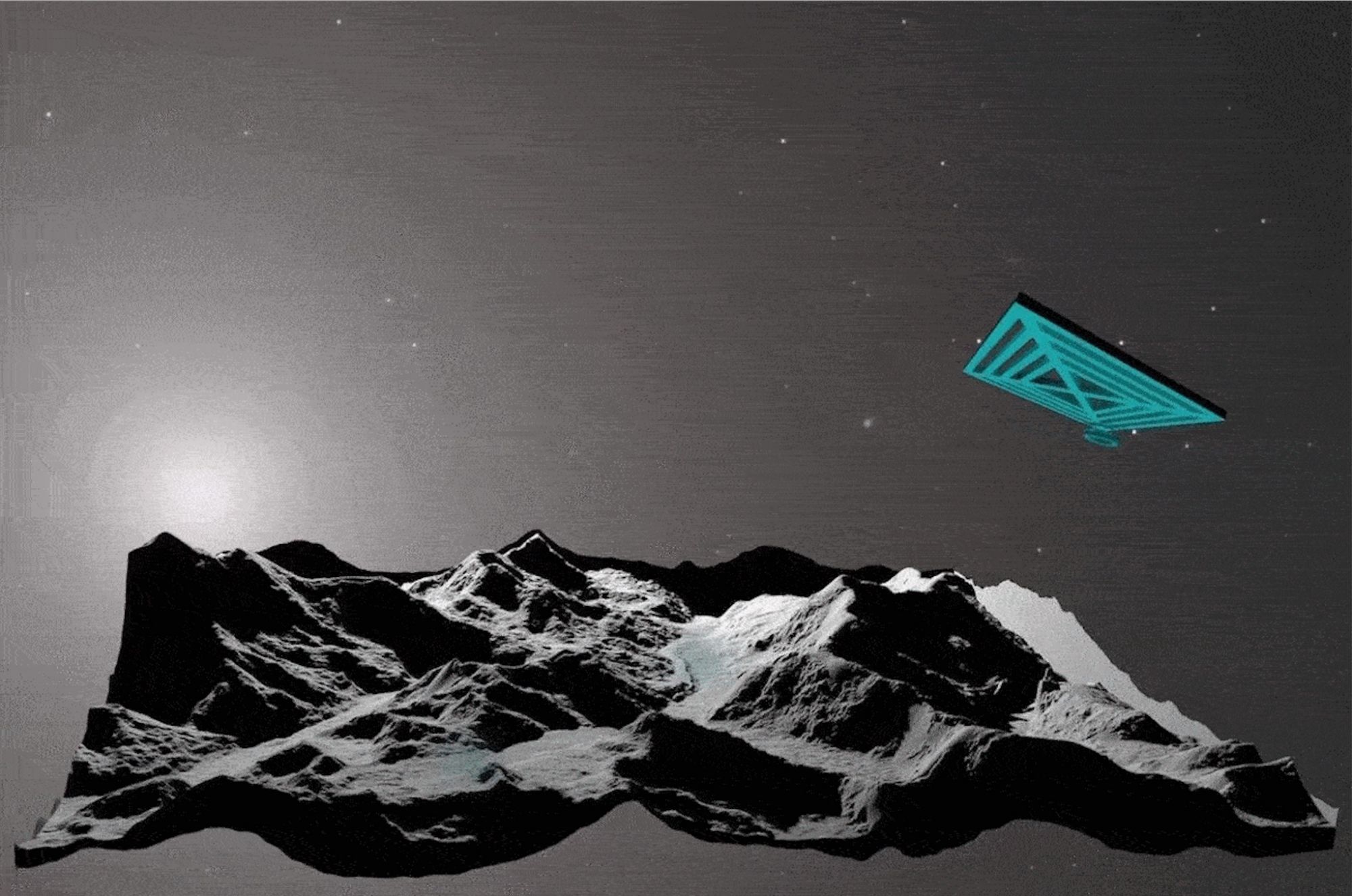 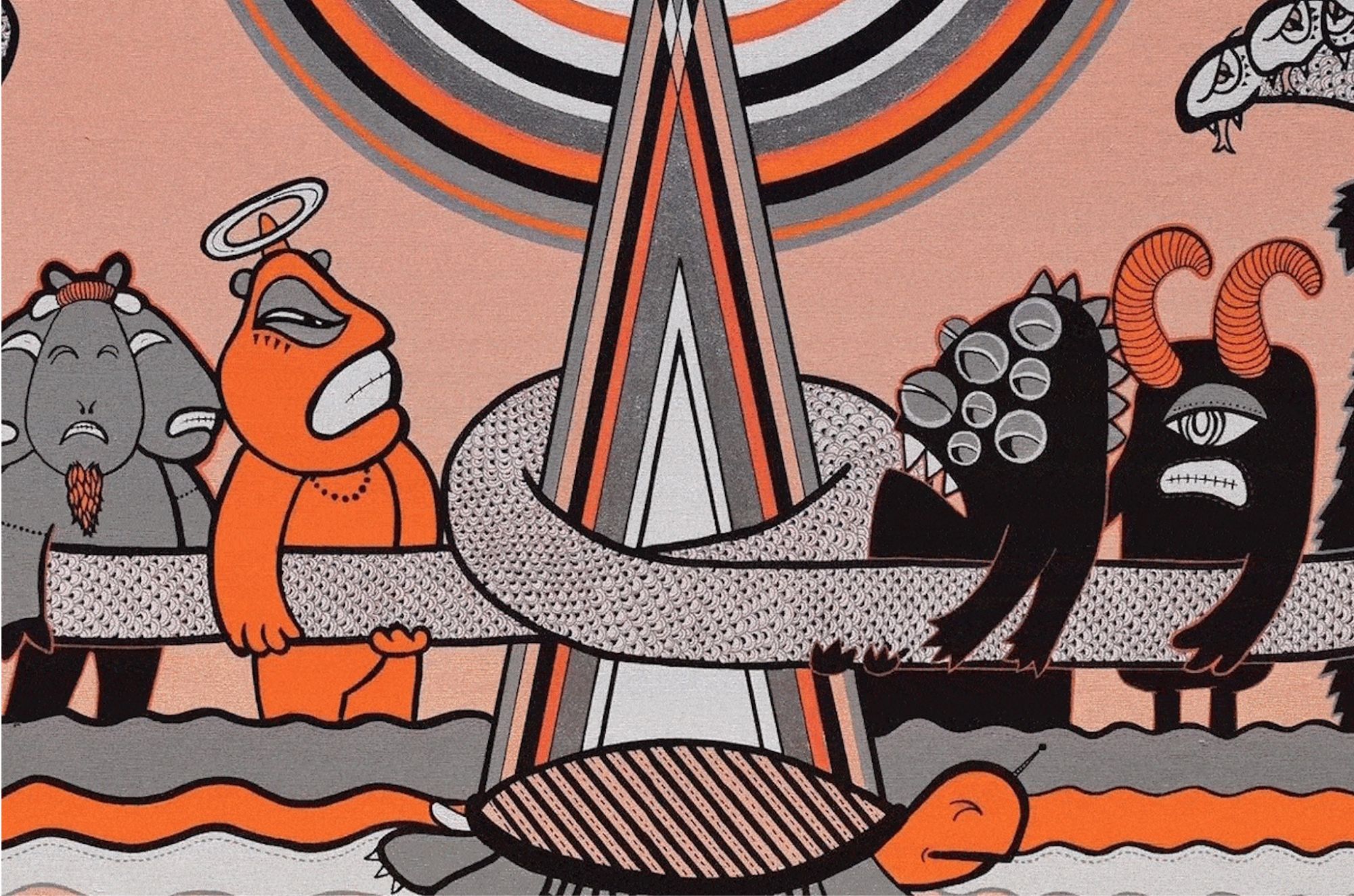 Kathmandu Triennale 2020 is delighted to announce the appointment of Kathmandu-based artists Hit Man Gurung and Sheelasha Rajbhandari as Curators of the upcoming edition, joining Artistic Director Cosmin Costinas. The Triennale is organised by Siddhartha Arts Foundation and will take place between December 4, 2020 and January 9, 2021 across multiple venues and public spaces in Kathmandu, including the 16th century Patan Museum, the 18th century Bahadur Shah Baithak school, Nepal Arts Council, Taragaon Museum, Siddhartha Art Gallery, and the garden of the Nepal Academy of Fine Arts, among others. Its international conference and performance programme will take place between December 8-10, 2020.

One of the starting points of the exhibition are the image- and object-making lineages that transversed or unfolded in parallel to the fractures of the modern. The Triennale will discuss appropriate frameworks of understanding and bringing together these multiple aesthetic and cosmological lineages active today, from paubha painting in Nepal to ink in East Asia and barkcloth in the Pacific, as well as to other languages marginalised by a Eurocentric cannon. But the triennale will also look beyond the dominant traditions in these contexts, to showcase materiality and media from communities which have often been subjected to processes of internal colonisation by their own, often post-colonial, states and their official cultural narratives. These explorations of vocabularies of representation will also include a genealogy of map-making, from the depiction of the whole universe to the inner human body (sometimes in the same map), instruments for navigating the earth and healing the body. These will be shown in parallel with an effort to revisit the reception and influence of several figures from Nepali art history of the past decades.

The Triennale is also crucially interested in indigenous knowledge that is active and subversive, working towards the upending of patriarchal structures and dominant national frameworks, creating a new global solidarity of places and communities of resistance. Works from across continents will be exhibited, placing Nepal on a different geography, beyond the regions that it is commonly considered in. Bringing new constellations of coordinates will also be pursued by thinking about Nepal among a list of other countries who have defined their modern identity along the complicated and imprecise narrative of being the sole countries in their regional contexts to not have been colonised, including Thailand, Ethiopia, Tonga, creating many common experiences including delaying the urgency to decolonise their cultural narratives. The years of political tragedy in the past decades, the layers of destruction that have brought both trauma and resistance to the fore, the shared experience of contemporaneity as a recent and precarious bridgehead over catastrophe creates another community of memory alongside Nepal, drawn from different geographies, from Southeast Asia to Latin America. Nepal’s status as a country of mass emigration opens up yet another definition of an internationale. Natural catastrophes in the past years, in Mexico, Haiti, or Japan, and in historical times in Portugal, Chile, or California have had far-reaching cultural and political consequences, which will be explored together with Nepal’s own, following the 2015 Earthquake.

Taragaon Museum, built as a modernist fantasy in the early 70s, holds a unique archive of more than 50 years of research by foreign artists, photographers, architects, and anthropologists on the Kathmandu Valley, with a particular attention to heritage. This very narrow Eurocentric perspective, with Nepal as an object of study will be reversed, with artists invited to work with the archive, ethnographing the ethnographers, or ignoring them completely. The little researched connections between anthropological studies on shamanism in Nepal and their influence on European conceptual art, the exoticisation of the country alongside other Asian contexts by some leading figures of the late Western avant-garde, relocating there, traveling, or fantasizing from afar, will be read from a Nepali perspective.

The contested public space around the Nepal Academy of Fine Arts and the institution’s temporary structures in the same compound, erected while its 19th century headquarters awaits post-earthquake rehabilitation, will host a ‘garden show,’ with artists invited to plant, cultivate, and design an exhibition as a heterogenous park. Humans have been creating artificial environments ever since they started making objects, either in the process of economically exploiting and dislocating nature or through the sophisticated manipulation of garden design. Both of these practices have always been culturally specific, similar to other art forms and cultural practices. Currently, the alteration of the Earth has passed a threshold where man-made landscapes seem to be the planet’s default state. While the language of ethnography and colonial-type museums, where objects and forms from different contexts have been amassed and described, attempted until recently to describe the perimeter of cultures, some cultural forms remained more elusive to this exercise. Gardens are one of these complicated objects and some of the most untranslatable cultural artefacts, their dependence on local climate making them difficult to move, displace and isolate, and their replication even more imprecise than that of other cultural forms. Botanical gardens in colonial centers were more preoccupied with relocating seeds and maximising their economic potential in their new location than with the plants’ complex position and meaning in their original context and chinoiserie gardens throughout Europe were a case in point for the difficulty of replicating garden culture. As the future is marked by our ability to negotiate—in different cultural codes—our common ownership of the global environment, under the growing perspective of both a climate and a political catastrophe, understanding how humans have been shaping their land and landscape will be essential.

Kathmandu Triennale 2020 is also announcing the initiation this November of a monthly discussion series on art history writing and archiving in Nepal, from the establishment of the Panchayat era until our current moment, in collaboration with the Martin Chautari independent research institute in Kathmandu, planned to continue until the Triennale. The programme will be one of the research instruments for the Triennale, alongside extensive curatorial work visits across Nepal’s regions and artists' residencies in Kathmandu throughout the upcoming year, among others.

About Hit Man Gurung and Sheelasha Rajbhandari Hit Man Gurung was born in 1984 in Lamjung. His work is concerned with some of the most pressing socio-political issues of Nepal, including internal and international mass migration, the legacy of the decade-long Maoist insurgency in the country, as well as the recent pervasive effects of global capitalism in Nepal, and how these issues impact individuals, communities, and society at large. Gurung participated in major national and international art exhibitions including The 8th Asia Pacific Triennial of Contemporary Art (APT8), Brisbane; The 1st Yinchuan Biennale For An Image Faster Than Light MOCA Yinchuan; 1st Kathmandu Triennale: City My Life, City My Studio; as well as the 2nd, 3rd, 4th editions of Dhaka Art Summit, a.o.

Sheelasha Rajbhandari was born in 1988 in Kathmandu. Her work explores alternative and plural narratives to mainstream history by learning the value of folklore, oral histories, mythologies, material culture, performance, and rituals, often revealing and tackling taboos in society, with a focus on women’s struggles, Nepal's past as an important centre for trans-Himalayan trade and precarious present between India and China, a.o. Rajbhandari was an instructor of sculpture at Lalit Kala Campus, Tribhuvan University. Her works were part of exhibitions at the Weltmuseum Wien, Vienna, (2019); 4th Dhaka Art Summit (2018); Museum of Modern Art, Warsaw (2018); 1st Kathmandu Triennale: City My Life, City My Studio; Jeonbuk Museum (2016), a.o.

Gurung and Rajbhandari are co-founders of artist collective ArTree Nepal and they have been working collaboratively on multiple projects as artists and cultural organisers, including 12 Bishakh - Camp.Hub Post Earthquake Community Art Project, in which they were Co-Artistic Directors. They are also co-contributors to several books including Breaking Views, Absolute Humidity, a.o.

Para Site, Hong Kong, is a partner institution of the triennale, highlighting the institution’s commitment to international collaboration and solidarity in Asia and beyond, outside the established axes of power.