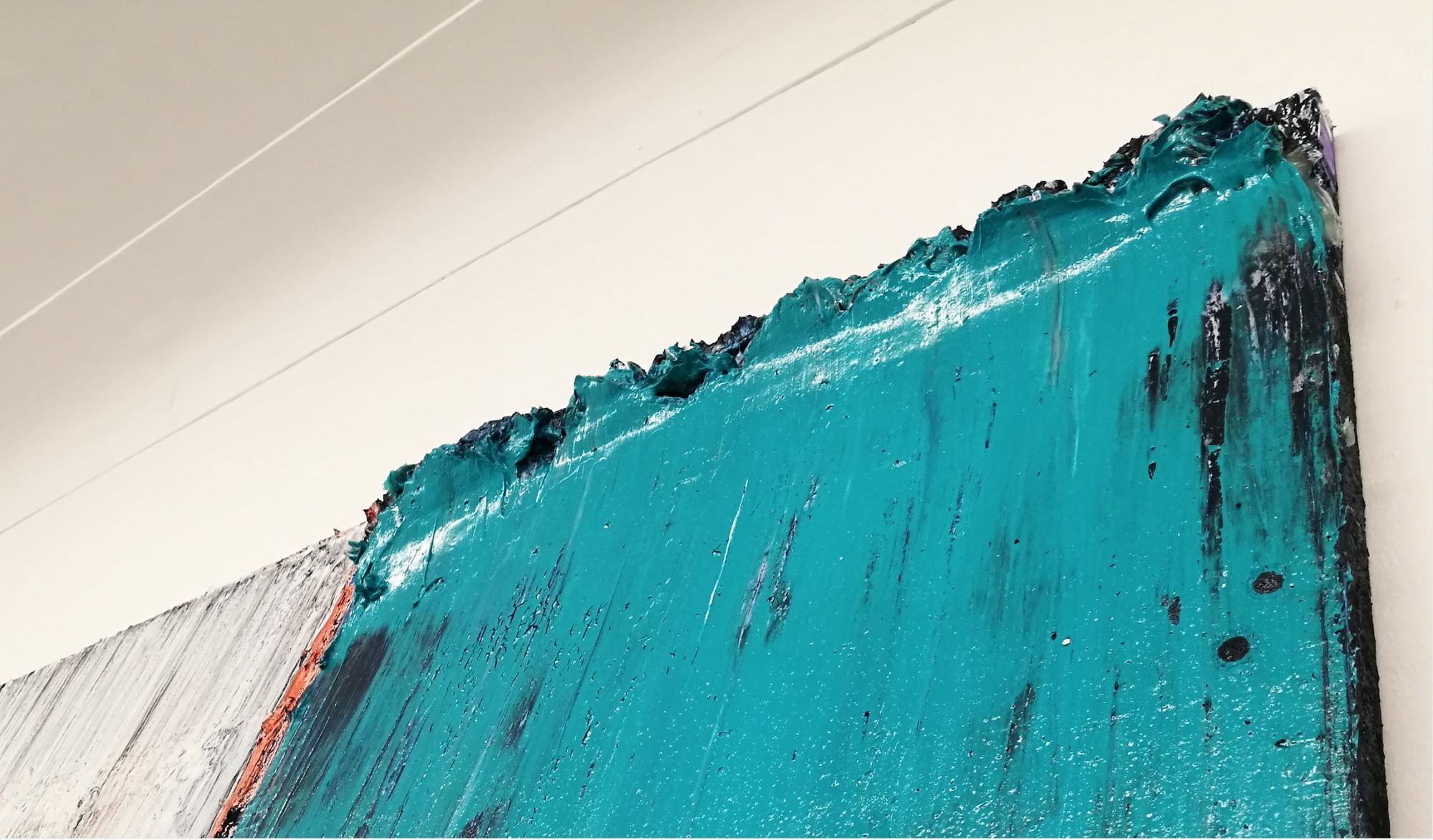 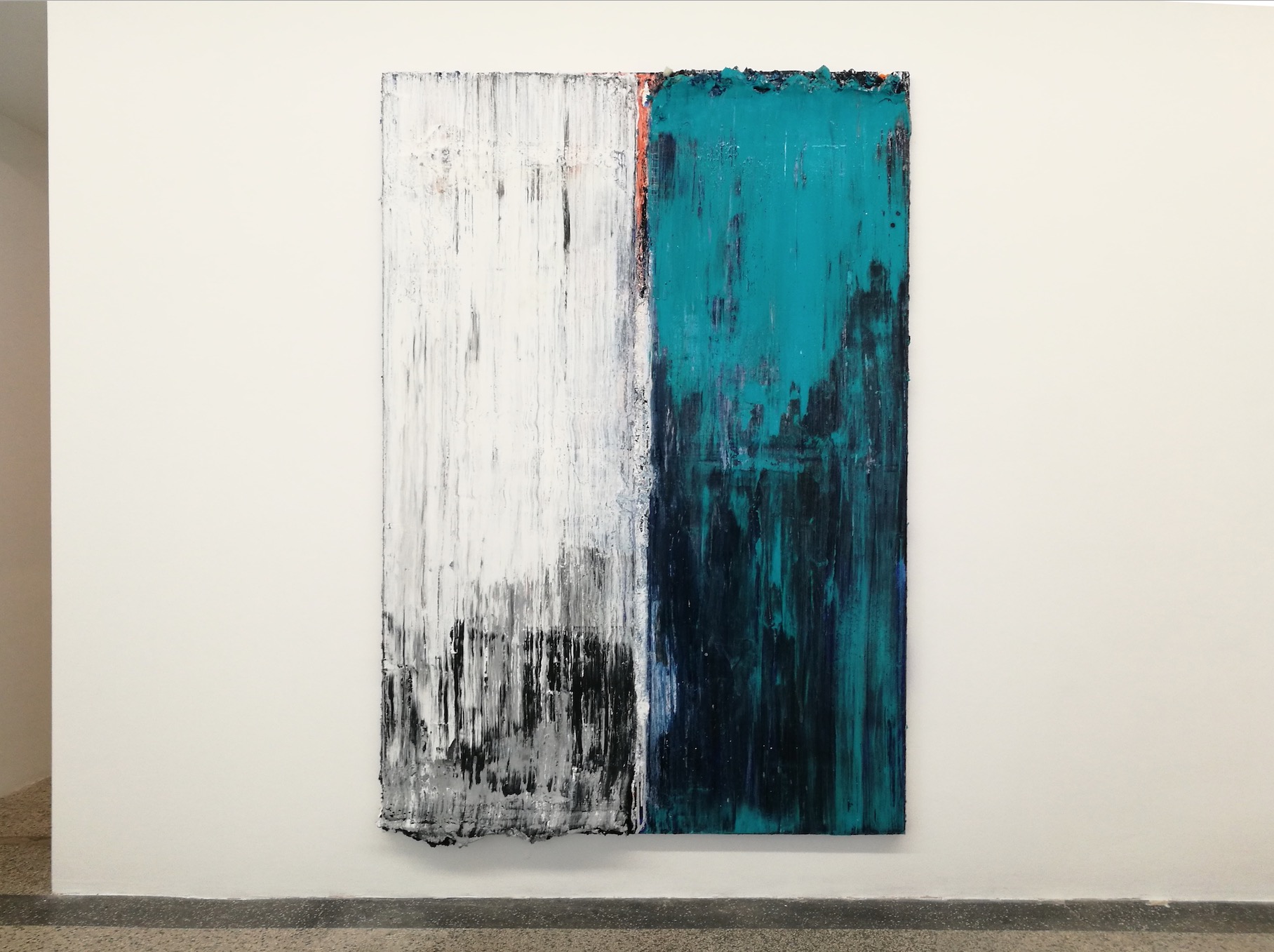 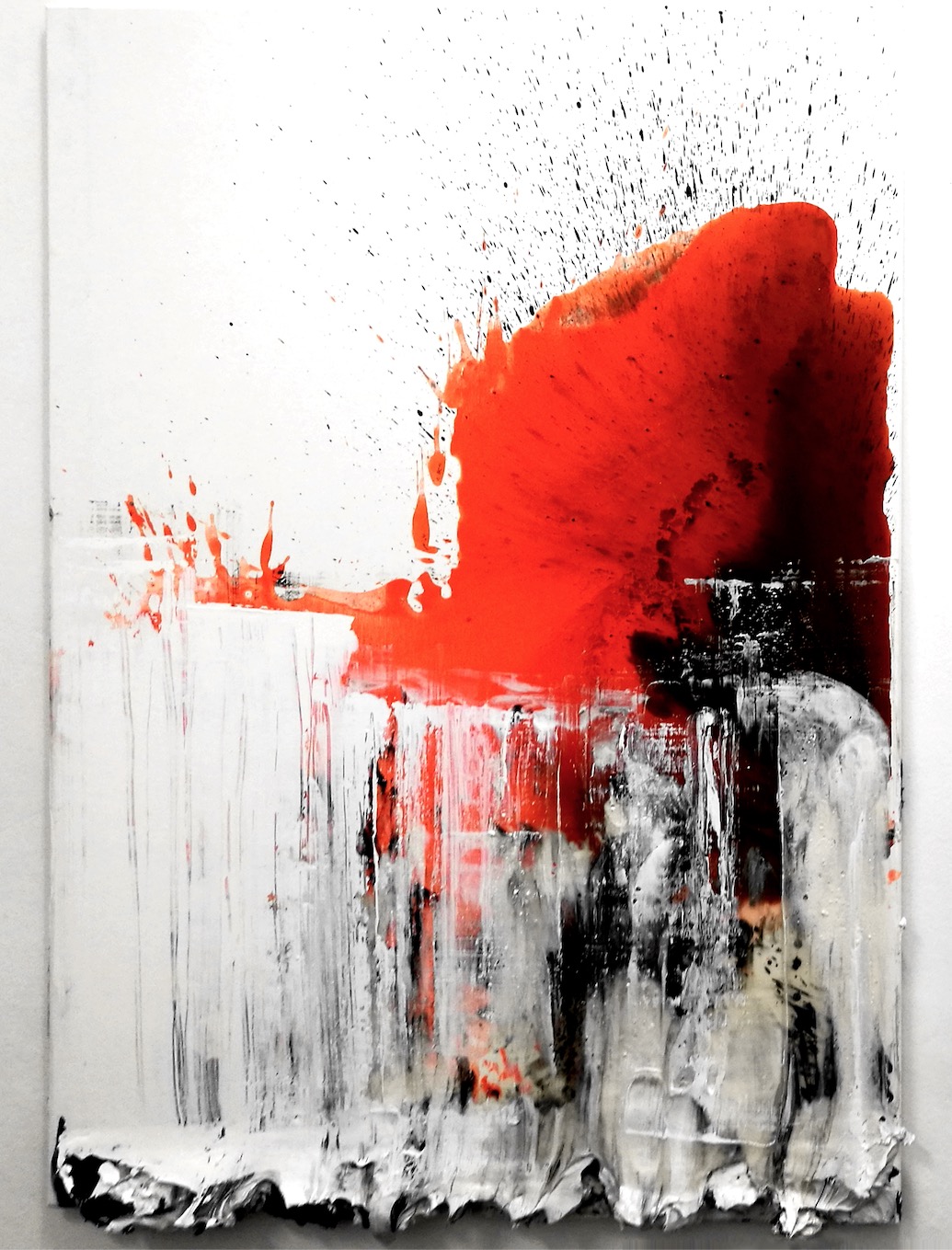 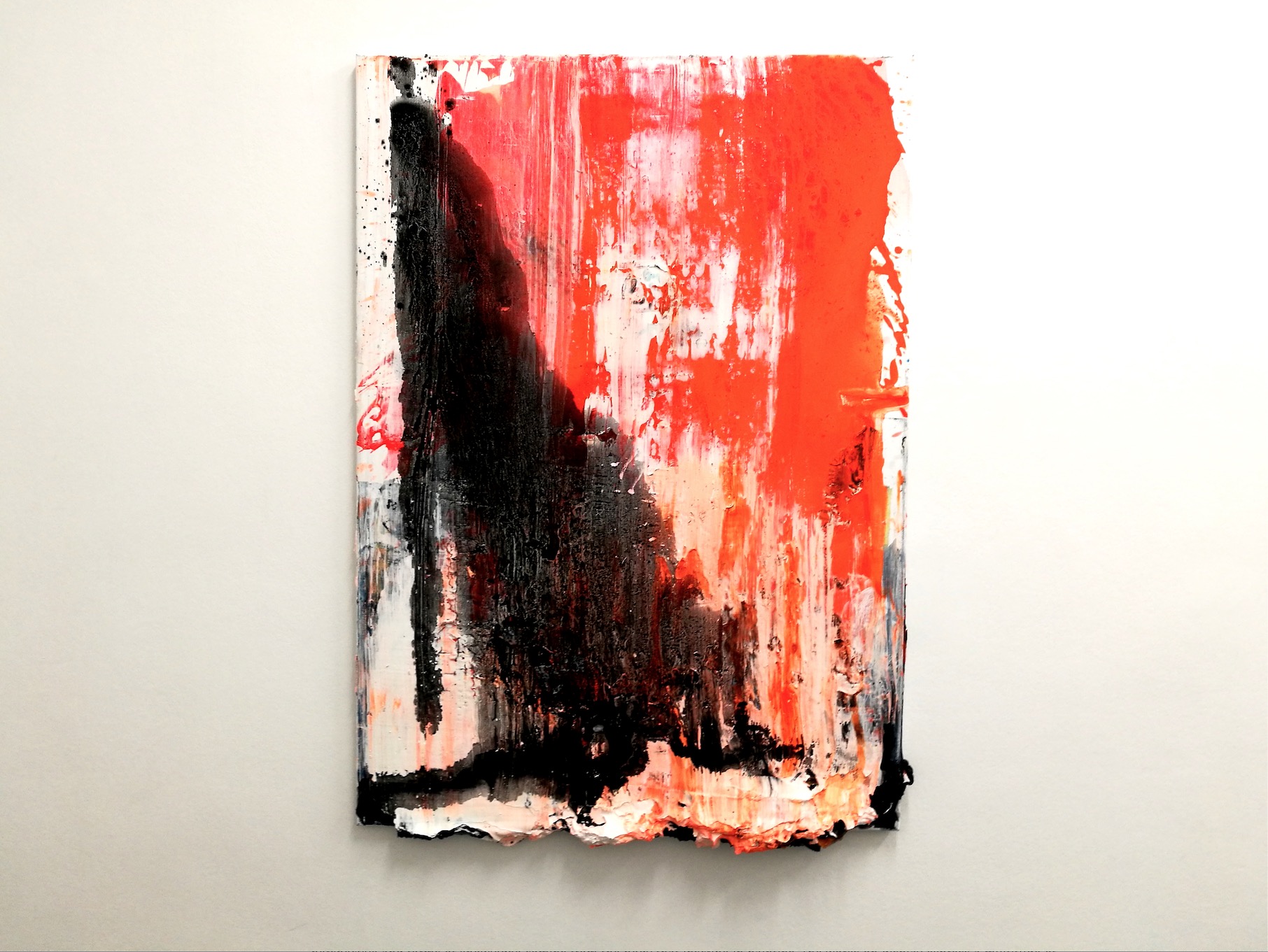 Body in the head. Head in the body. Looking out and then looking in. Two games simultaneously.

We are delighted to present Koen Delaere's second solo-show at the gallery.

Under the title Body/Head Koen Delaere shows a new group of works involving the notion of corporeality as a vantage point for a visual language of physical experience. Painting as an absent present body and the use of paint and material as traces of action within the painterly work.

Delaere, known for his highly structured and rhythmic paintings, taking sensation from experiences outside of his studio, such as the deserts in Nevada or live concerts by bands like Oneothrix Point Never and Cocaine Piss, focuses in his current works on his own inner perspective and forms of knowledge coming from the body that inscribe in painting. The works on display express a multitude of different actions in and out of sync. Generous color gradients, fluid squeegee movements and forceful traces of materiality that leave marks and fingerprints on the canvas and tell of delicacy, strength and the play on dual forces. Next to the endeavor to get to the track of knowledge behind thinking and to pursue the wilfulness of movement, Delaere surveys the state of physical and spatial limitation as a potential for one’s own painting practice.

"I’m interested in the the physical handling of the idea, the execution as a bodily experience, to cut through the ego. To work it, get your hands dirty, make failures, transform these failures in something which has a potential. These practical concerns relate to the realness. Working with this real body and real tools, applying real material on a real support and having it in real space. .... using my hands, my body, my Body-memory, moving around in the studio, moving around the canvas (doing the studio-dance). Meaning is revealed in practical concerns and the consequences in choices. Recording physicality. Going beyond thinking, anti-design, a structure against which to work. Outside/Inside, Body/Head, two games simultaneously. Collapse these games together.

But fuck you fear. There is still room for painting."

*Lidia Yuknavitch: The book of Joan, Edinburgh 2018
The text is based on the words of the artist.