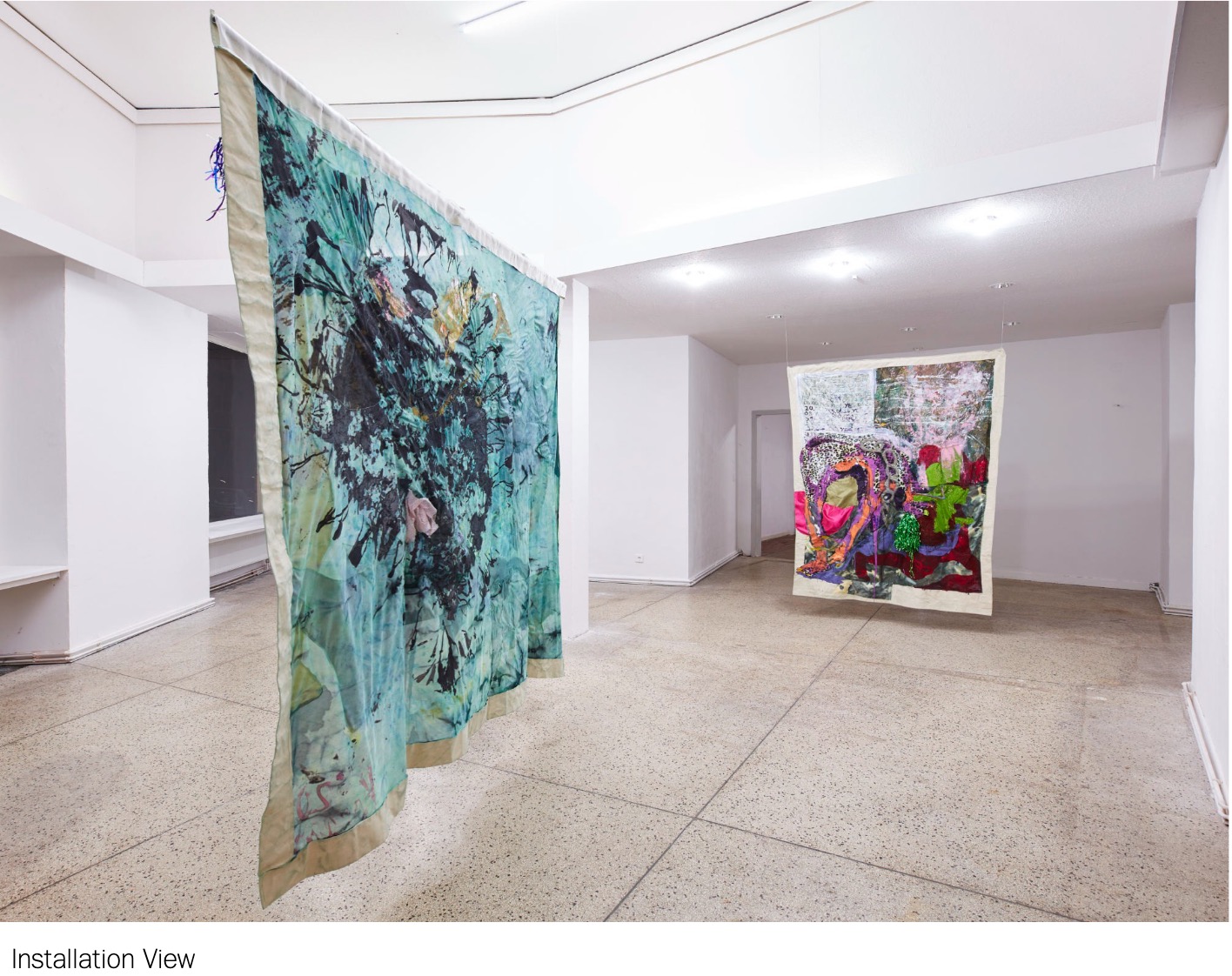 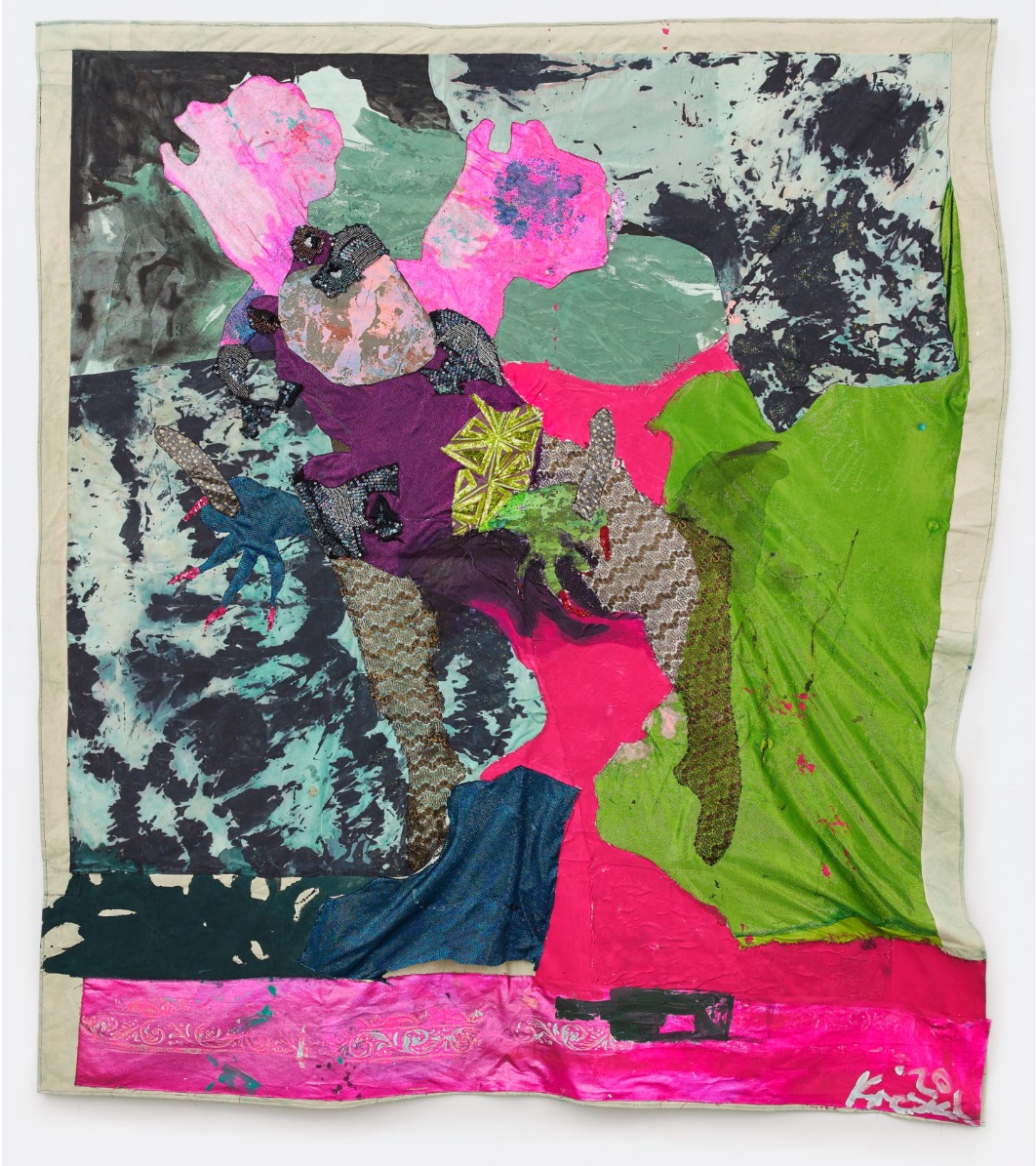 Kresiah Mukwazhi’s work explores the world of sex industry and deals with questions of safety, sense of community and collective support. It aims to be a testament of her determination to address latent forms of patriarchy and systemic violence by interrogating the mechanisms that force some women into precarious labor and working conditions often led by brutality and coercion.

Mukwazhi took her own professional experience in nightclubs as well as her conversations with sex workers of the Hopley Farm in Harare, Zimbabwe, as the premise for this exhibition. Hopley Farm is home mostly to those who suffered a large-scale government campaign conducted in 2005 to harmfully “clear” poor neighborhoods across Zimbabwe and left about 700,000 internally displaced individuals. As a result of how this settlement grew and the subsequent economic crisis partly engendered by an hyperinflation of the national currency, this community saw an increase in grinding poverty, diseases and the number of sex workers. But a group of sex workers started a savings society, popularly known as “Mukando” in Zimbabwe, to support one another; when no one else would. In this instance, “Mukando”becomes much more than a pool of financial resources; it is a rare place of radical acceptance and assistance in which each member of the group is offered some economic security to enable personal realization.

The exhibition features new works that exist as an extension of the artist’s performances and interdisciplinary practice.
For her textile pieces, Mukwazhi uses second-hand clothing, especially feminine apparel and lingerie -some of which were formerly own by sex workers-as well as other objects like Zimbabwean bills or sparkling tinsels. The artist’s intent is to shed light on some somber characteristics of the lives of these women. If the subject matters raised here are certainly uncomfortable, the works are undeniably seductive. The bright colors of some of the symbols included and the attractive texture of these pieces, which can resemble traditional quilts or tapestries, lure the viewer into an act of voyeurism. By doing so, Mukwazhi forces us to acknowledge and celebrate a group of people thatremains marginalized and even sometimes “ghettoized“. Some of the visuals in Mukando’s textile series also call women to recognize and accept their own sexuality. The artist wishes to signify the importance of discussing and thinking about women as erotic selves rather than concentrating on the abuse and violence that is only one aspect of a broad topic.Simultaneously, these works can be perceived as “blankets”, “covers”, a symbol of protection that Mukwazhi would like to wrap around the individuals she references in her work.

Mukwazhi also created new videos for this exhibition. Please Tip Your Dancers, for instance, expands on an idea the artist already explored in 2017 for the project That, Around Which The Universe Revolvesinitiated by Savvy Contemporary. The video focusses on pole dancing and intends on challenging the negative perceptions that are placed upon the female body as well as how the state of the economy forces some women to take up sometimes undesired work to make ends meet.

In short, this exhibition is a theatre of women who are more than physical barometers of the toxicity of a system; women who are fierce protectors of all they hold dear, breaking down walls and surviving at all costs. These are women who stand for and takecare of each other.To respectfully shed light and raise awareness on certain aspects of this community is Mukwazhi's goal and, at the same time, an act of caring.