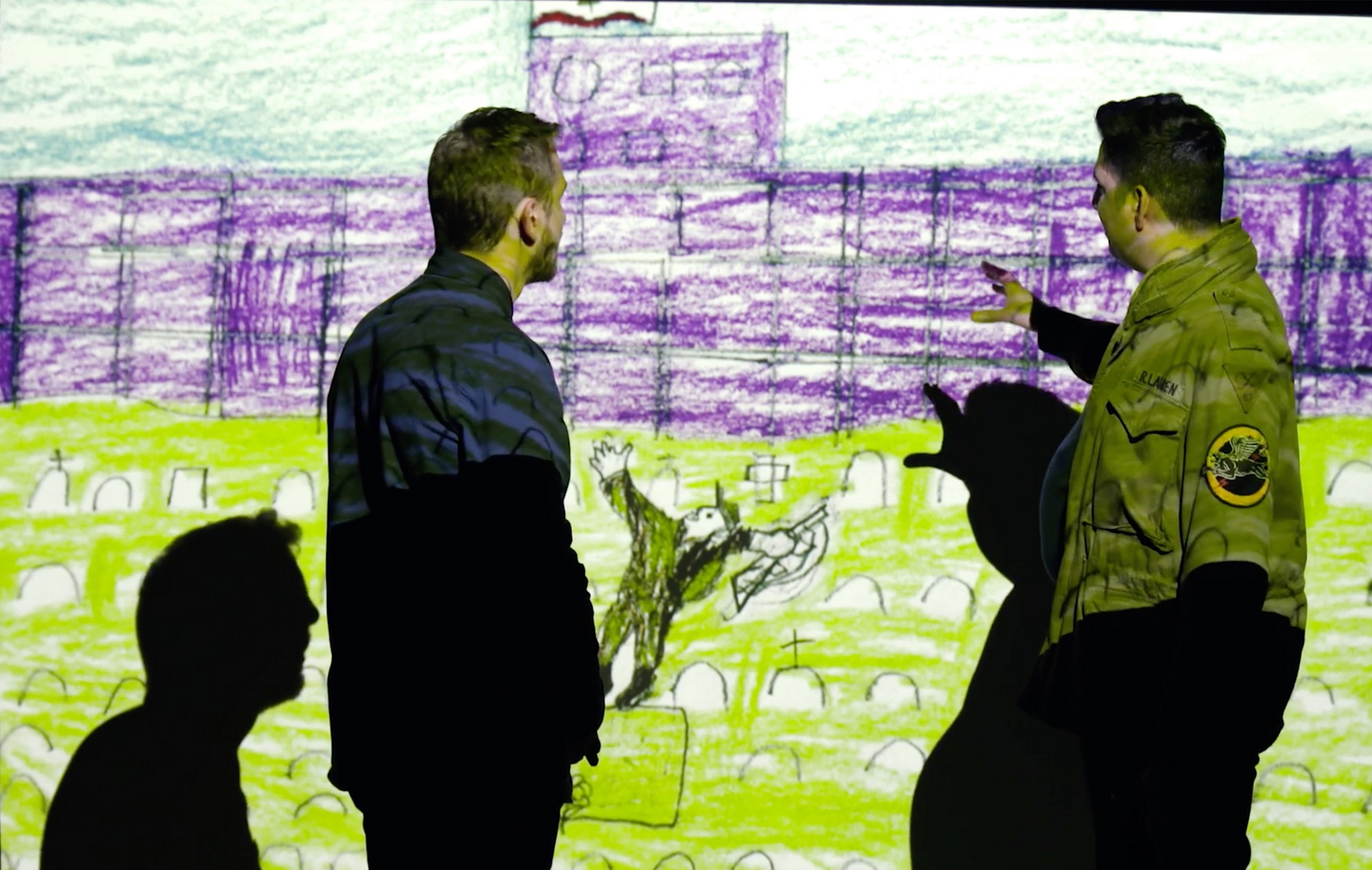 In both his art and his audio investigations, Lawrence Abu Hamdan grapples with sound, speech, memory, and the quest for truth in the context of today’s legal and humanitarian crises.

The audiovisual installation After SFX (2018) developed out of an inquiry conducted in cooperation with Amnesty International and Forensic Architecture in 2016 into the Syrian torture prison Saydnaya. Abu Hamdan interviewed former inmates and worked with them to compile a sound archive of the prison that would allow for inferences concerning its architecture, the conditions of detention or the number of prisoners.

The two-channel video installation Once Removed (2019) shows the artist in conversation with the young historian Bassel Abi Chahine about the latter’s extensive archive on the Lebanese People’s Liberation Army, which he had collected in pursuit of material to reconstitute flashbacks from his previous life as Yousef Fouad Al Jawhary, who died during a combat mission at the age of sixteen in 1984. The related video A Speculative Portrait (for a boy who returned without his face) (2020) illustrates the production of an image based on a childhood photograph of what Al Jawhary might have looked like as a young adult.

For the Otherwise Unaccounted (2020) is a series of prints from which Abu Hamdan drew on Dr. Ian Stevenson’s 1997 book Reincarnation and Biology: The Etiology of Birthmarks, a collection of cases from all over the world in which birthmarks correspond to the ways in which subjects died in their previous lives. The artist characterizes the presentation’s intention as follows: “The exhibition as a whole is developing specific formal and aesthetic strategies to produce conditions for listening to new kinds of testimony. Testimony that sits awkwardly in the forums we conventionally designate for the production of truth and history.”

Lawrence Abu Hamdan was born in Amman, Jordan, in 1985 and currently lives and works in Dubai (UAE).