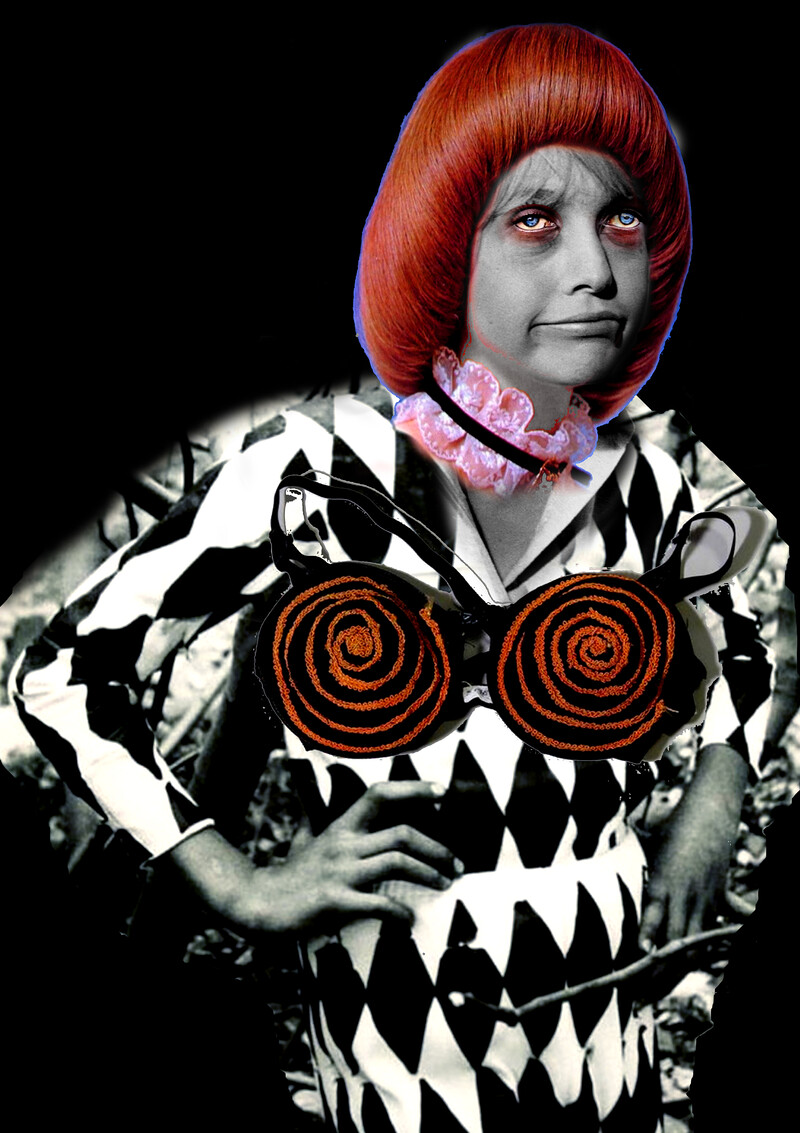 Female Remedy is the first institutional exhibition by Leila Hekmat (b. 1981 in Los Angeles, lives and works in Berlin) and invites the artist to develop her ambitious performative work for the specific environment of the Haus am Waldsee. The exhibition marks the beginning of the new programme by director Anna Gritz. The opening takes place as part of Berlin Art Week 2022 and is accompanied by the performance Symptom Recital: Music for Wild Angels.

Female Remedy is a comedy of manners which ponders illness as a condition of the body as well as a state of mind. The exhibition transforms the Haus am Waldsee into a religious sanatorium for women. Hospital Hekmat is a facility for an illness which needs no cure. The purpose of this infirmary is to fortify existing insolence and foster growth through comic relief and buffoonery. It is a healing ground for the unrepentant woman.

The irregular mocking flamboyances circulating this infirmary speak of a secret protest against the principles which govern other hospitals. It is unclear what is precisely ailing these ladies but their suffering is profound and comically melodramatic. The staff at this hospital are driven by exaggerated charity, and the will to cover up, hide, erase, and ignore all kinds of trauma. Nurses fall in love with patients, patients fall in love with each other and soon everyone is suffering from the same delirious maladies. This is a satire about the uninhibited struggle to create a new psychic and sexual language that includes gestures, costume and behaviour in order to create a self-image which they have suppressed. A surrealist portrait of a hospital for women, Female Remedy considers being ill as a portal to self discovery and argues that the ever growing popularity of self betterment has become a search for psychic survival.

Haus am Waldsee is recast as Hospital Hekmat—complete with hospital beds, an operating theatre, a chapel and other various rooms for treatment. The exhibition will lead visitors through halls covered with hospital-like curtains printed with digital collages and beds that enshrine idiosyncratic characters along with figures depicting the quirky patients and their caretakers.

Leila Hekmat’s artistic practice critically examines the societal expectations towards women*. She consistently undermines supposed conventions of sex, gender and sexuality. In the tradition of the Theatre of the Absurd and the Commedia dell'Arte, the artist develops performances in which elaborately handmade costumes and stage designs are used. Hekmat works in an interdisciplinary manner and develops a hybrid style of theatre, musical, comedy, visual arts, film and performance in her works.

Hekmat has had solo exhibitions and performances including Il Matrimonio di Immacolata at Disappering Berlin (2021), The Organ Grinder's Canto at Duddells, Hong Kong (2018) and The French Mistake at the Glasgow International Festival of contemporary visual art (2016). She has participated in major group exhibitions such as In the Company of, EDEN EDEN, Berlin (2022), A Fire in my Belly, Julia Stoscheck Collection, Berlin (2021), Studio Berlin, Berghain, Berlin (2020) or as part of the Tbilisi Residencies programme in Tbilisi, Georgia (2019).

Publication
A zine by the artist will be released at the opening of the exhibition, with contributions by Vaginal Davis and Diamond Stingily, German/English, 36 pages, 20 Euros.

Performance
The exhibition will be accompanied by the musical performance Symptom Recital: Music for Wild Angels. It will take the form of a variety show combining stand-up comedy confessions with musical interludes that recounts the adventures of the hospital’s inhabitants. The performance will be adapted into a multipart sound installation for the duration of the exhibition.