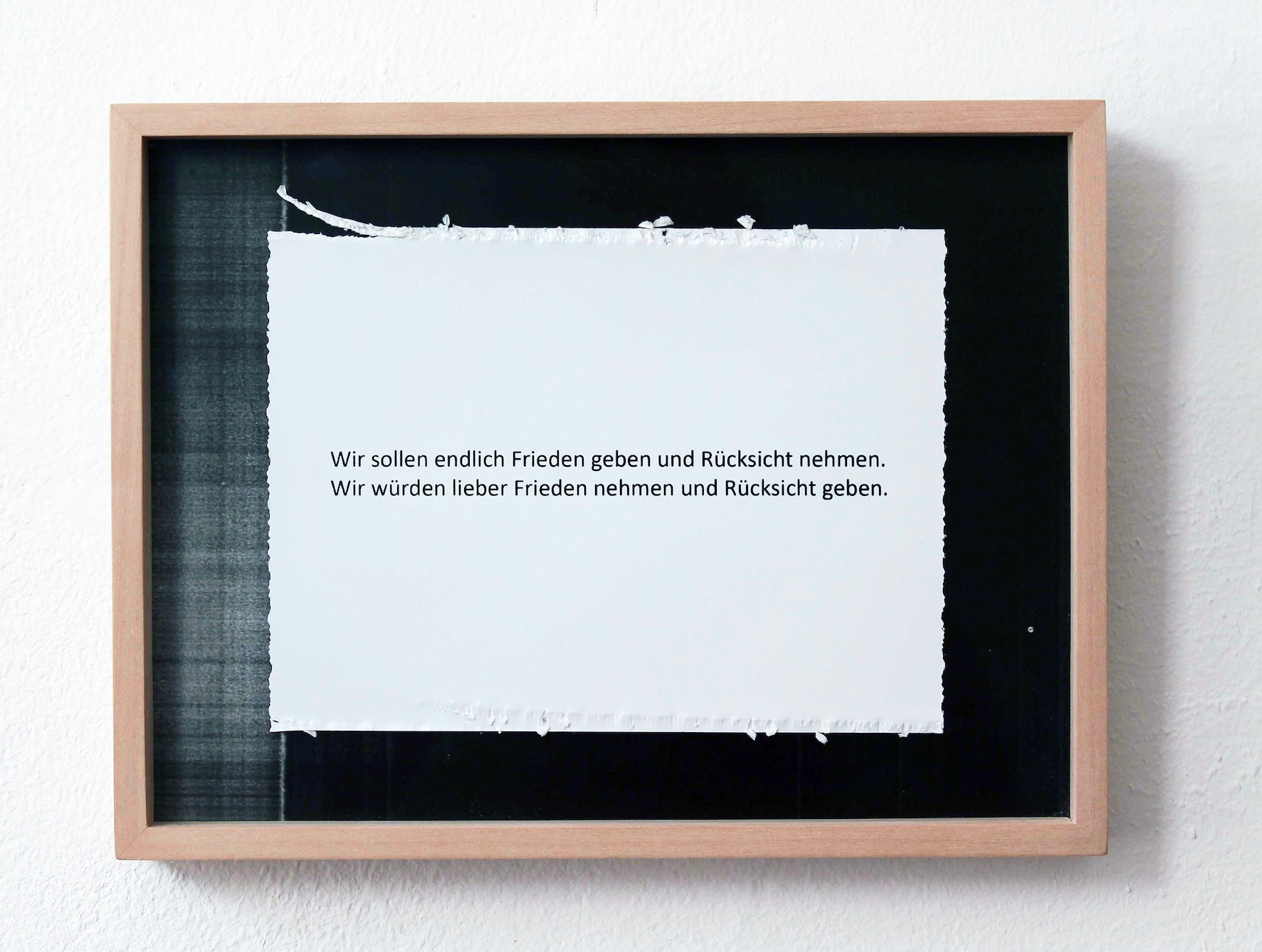 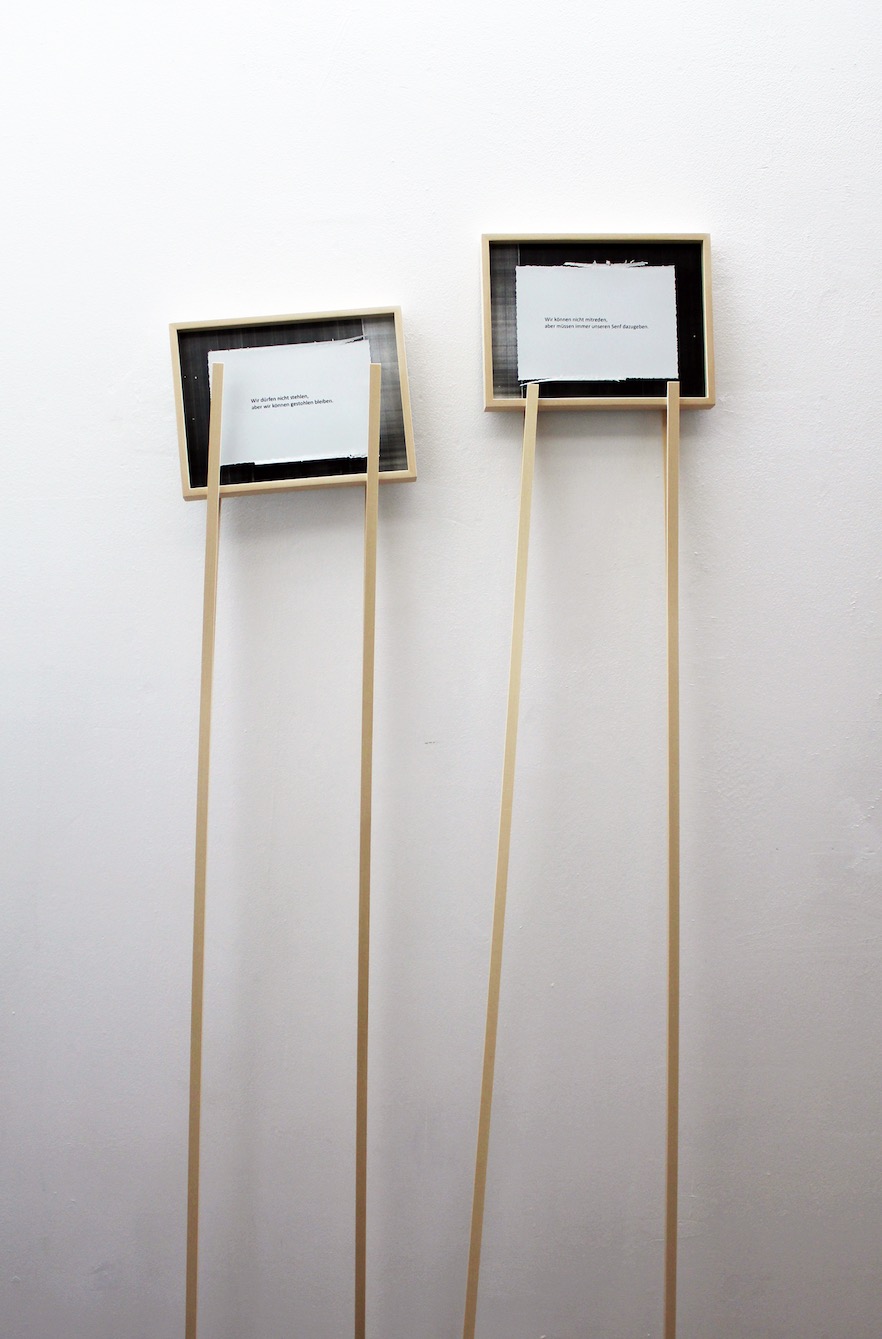 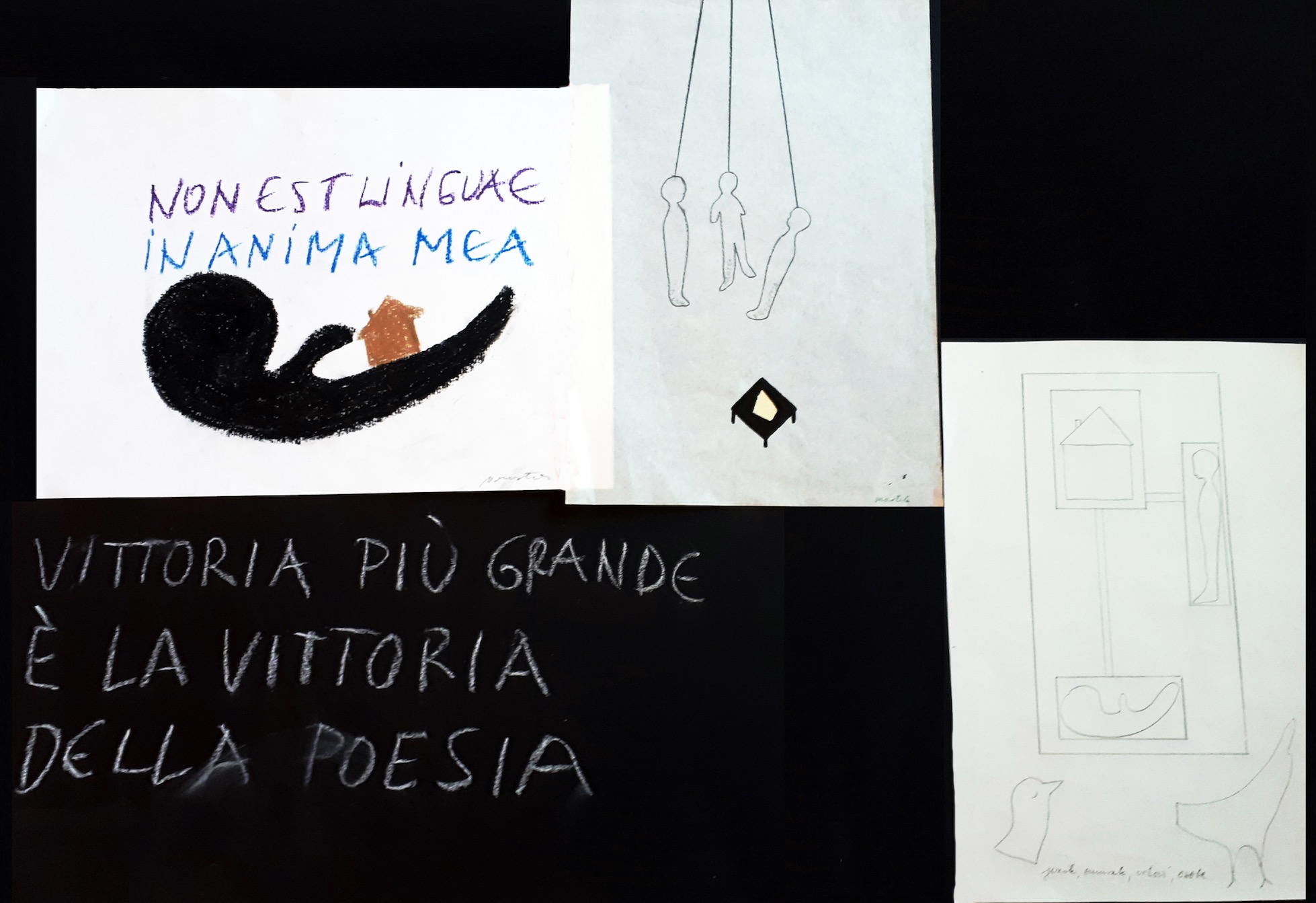 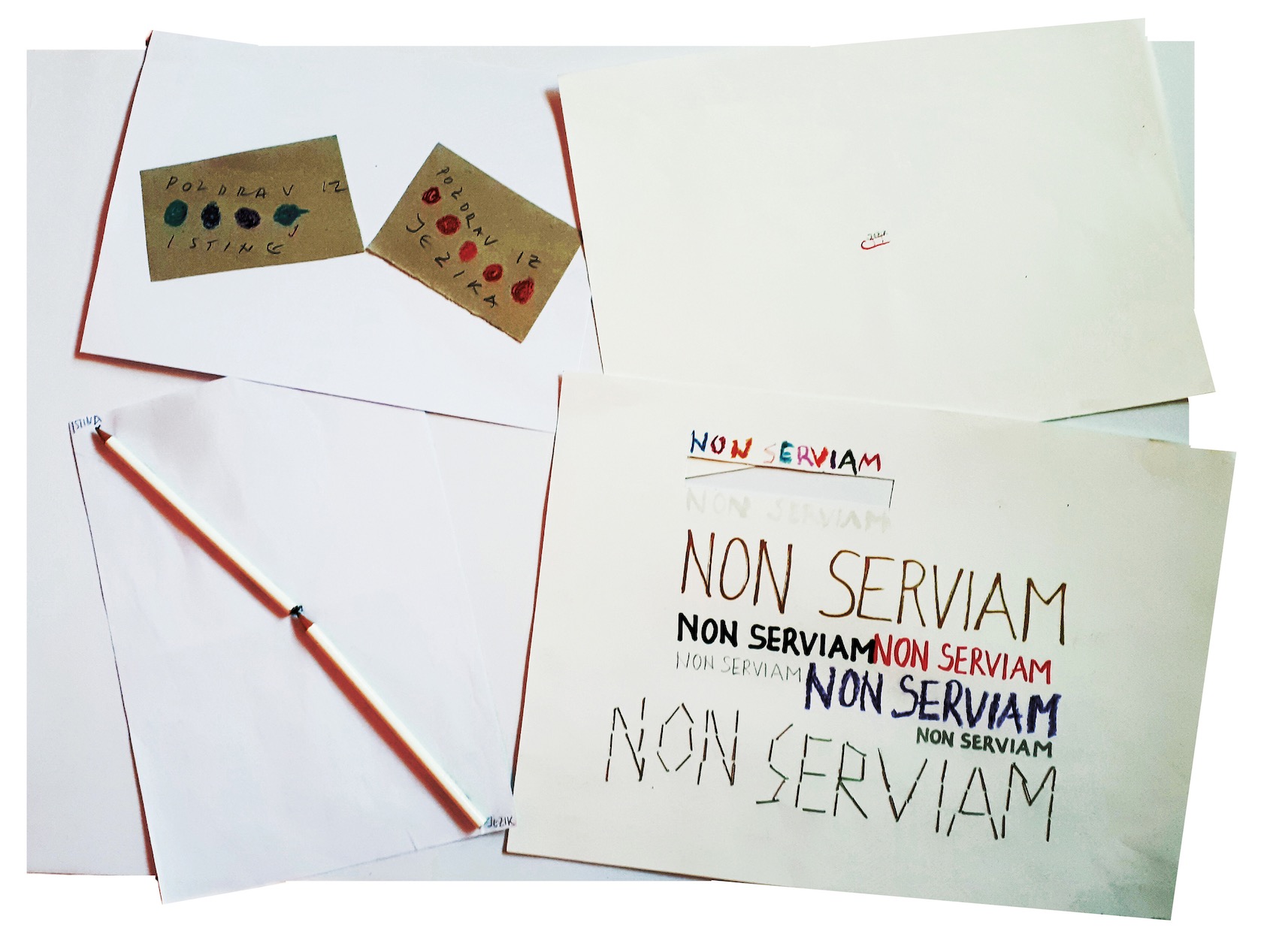 Within the framework of Vienna Art Week, the galerie michaela stock is showing two artists, each with a solo exhibition - both rely on language as the central medium of their artistic expression. The Austrian artist Lilo Nein and the Croatian artist Vlado Martek both deal with the transformation and dialogue between language, performance and poetry - words, word fragments and texts are part of their images, objects and collages.

In the exhibition LILO NEIN < Linguistic Truths > VLADO MARTEK, two conceptual artists, coming from different generation and background, are confronted with similar creative articulation, and differentiated conceptual and aesthetic approaches based on their common "language". The aim of the exhibition is to show how multifaceted and differentiated language and writing are used as artistic material.

Vlado Martek was born in Zagreb in 1951 and has been shaping the artistic scene in Croatia since the 1970s. His oeuvre moves fluently between experimental poetry, performance and visual art. In his works he deals with the visualization of the written word, he negates and constructs the words to visualize reality between the lines. He describes the resulting reduction and concentration of poetry as "pre-poetry". Martek works with a wide range of media and materials to critically, humorously and analytically question and present social structures.

Lilo Nein was born in 1980 in Vienna, studied Fine Arts in Vienna and PhDArts at Leiden University. Lilo Nein lives and works in Vienna and reflects in her artistic practice on relations of texts and performances by initiating multi-media translation processes. Nein’s practice operates in the empty spaces produced by and through writing and is concerned with its artistic qualities and general characteristics. Nein produces works, which can be looked at, spoken, sung or interpreted by music.

In the first room of the gallery is the exhibition "Children's Voices, scar sentences - Reading children’s thought" by Lilo Nein. The artist deals with the world of children's thoughts. The 19 children's voices are shown as analogue photographs in object frames, balancing on delicate, long wooden legs. The childlike world of thought depicted by Lilo Nein forms a trans-subjective platform in which children exchange their perceptions of the adult world. They encounter the commandments, prohibitions and idioms that come to their ears with their own logic, which is expressed in the form of collective voices. The children are often no less analytical than the adults.

In the second exhibition room, new works by Vlado Martek are exhibited. This show is titled "Truth and Language" and reflects the spirit of his old works and actions from the 1980s. In his actions, Martek gives naked nude body parts and things from his surroundings their tautological names. At the same time, the aspect of the background from which language originates and the transferred into artistic silence is emphasized. This can be seen in the collages and assemblages: "Podloga / background" and "vittoria più grande è la vittoria della poesia“ and „non serviam". The process of adamization / naming continues in Martek's other artworks. According to Martek he uses not only the image, but also the language in his works, to visualize our reality on one hand and to question, criticize, and demonstrate the massive exploitation of language by politics and economy on the other.