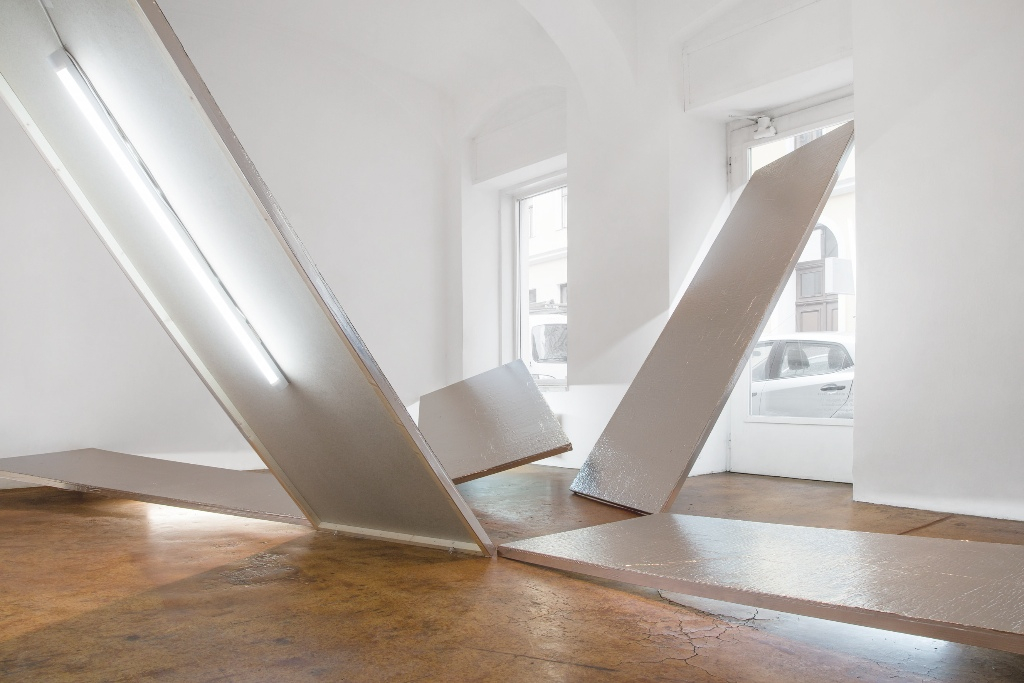 The project Writing Performance deals with performance as a multi-medial translation process enabled by collaboration. It is part of Nein’s long-term research about the function of writing and the use of translation within performative practices.

For the first step, five sculptures, which were developed for and shown in different exhibitions between 2012 and 2015, were exhibited together in September 2016. Re-contextualized under the title Inconvenient Positions, these sculptures were installed at the Galerie Michaela Stock in Vienna.

For the second step of the project, the sculptures were paired with five “writers”. Each writer, all of whom are Vienna-based art critics and/or curators (Andrea Heinz, Helmut Ploebst, Hemma Schmutz, Gabriele Schor, Angela Stief, was asked to write a short text about the sculpture. Additionally, each sculpture was recorded on video during the exhibition. Videos scores were produced by combining the recordings with the texts. In a next step five songs have been produced on the basis of these scores. At the end every sculpture has become a song.

In the exhibition Writing Performance Exhibition 2 the songs, a photograph of each sculpture and the lyrics of the songs are presented. The songs are displayed through headphones. They are hanging on the wall exactly where the sculptures were presented one year before.