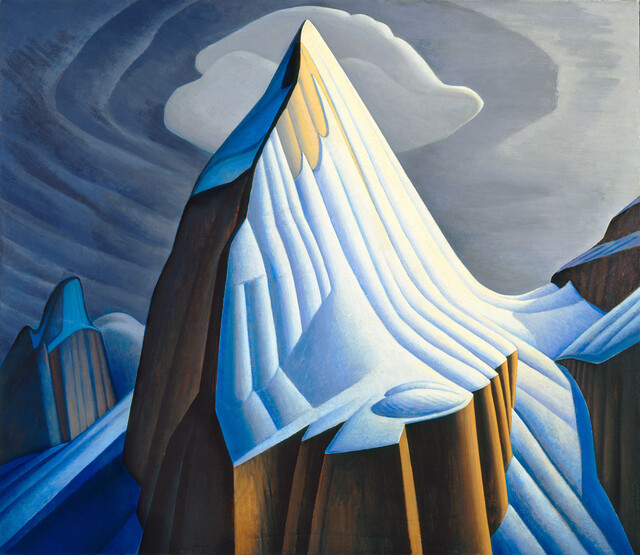 Ancient forests in remote regions, majestic views of the Arctic, the magic of the Northern Lights: Canadian modernist painting projects a mythical, imaginary Canada. Driven to experiment creatively in the early 20th century, artists like Franklin Carmichael, Emily Carr, J. E. H. MacDonald, Lawren Harris, Edwin Holgate, Arthur Lismer, Tom Thomson, and F. H. Varley left the cities and forayed deep into nature. They sought to create a new pictorial vocabulary for a young nation coming into its own cultural identity. The Schirn Kunsthalle Frankfurt examines the works of the artists linked to the Group of Seven from Toronto that continue to be very popular in Canada. At the same time, the exhibition subjects Canadian modernist painting to a critical revision. The works portray a breathtaking landscape beyond the reality of the Indigenous population, modern city life, and the expanding industrial exploitation of nature.

Dr. Philipp Demandt, director of the Schirn Kunsthalle Frankfurt, notes: “The exhibition Magnetic North is the result of a special international partnership of three major cultural institutions. Once we are allowed to reopen, our visitors at the Schirn will be able to admire, for the first time in Germany, the true icons of Canadian modernism. These much-reproduced paintings still today shape the image that many have of Canada. At the core of this magnificent work, however, is a void: that of the First Nations. For us it was thus important to show how the popular Group of Seven is currently being explored and to integrate Indigenous perspectives into the presentation."

The Schirn Kunsthalle presents about ninety paintings and drawings, as well as video works and documentary material. On view for the first time in Germany are the most important works from the major Canadian collections, including Mt. Lefroy (1930) by Lawren Harris, Terre Sauvage (1913) by A. Y. Jackson, and The West Wind (winter 1916–17) by Tom Thomson. In paintings of sublime mountains and unspoiled nature, the Group of Seven created the romantic vision of a preindustrial refuge and stylized the land as terra nullius, a supposedly uninhabited wilderness. In the exhibition, filmic works by the Algonquin-French artist Caroline Monnet and the Anishinaabe filmmaker Lisa Jackson, among others, open up a counter-narrative that incorporates Indigenous criticism and raises issues relating to the formation of a national identity, as well as to consciously living with the land.

As the curators of the exhibition—Dr. Martina Weinhart of the Schirn Kunsthalle Frankfurt, Georgiana Uhlyarik of the Art Gallery of Ontario in Toronto, and Katerina Atanassova of the National Gallery of Canada in Ottawa—explain: “The artists of the extended Group of Seven created a visual language that was seminal for the subsequent development of Canadian painting. Their works are characterized by bold compositions, expressive brushwork, and powerful colors that set them apart from the academic style then popular in Toronto. Aiming to create a genuinely Canadian art, they arrived at a new image of the artist and a new painterly vocabulary. But they lacked an awareness of the colonial gaze that is inscribed into their paintings. At the same time, their artistic search for a visual representation of Canada excluded the First Nations. The exhibition shines a light on this interrelationship by including at its heart filmic works that critically examine this process and provide a current perspective.”

An exhibition organized by the Schirn Kunsthalle Frankfurt, the Art Gallery of Ontario, and the National Gallery of Canada.

The exhibition Magnetic North. Imagining Canada in Painting 1910–40 has been made possible with support from the Government of Canada, in the context of Canada’s Guest of Honour presence at the Frankfurt Book Fair 2020/2021 and the Friends of the Schirn. A catalog edited by Martina Weinhart with Georgiana Uhlyarik has been published in an English, a German and a French edition. It includes a foreword by the directors of the Art Gallery of Ontario, National Gallery of Canada and the Schirn Kunsthalle Frankfurt, essays by Renée van der Avoird, Rebecca Herlemann, Ruth Phillips, Carmen Robertson, Jeff Thomas, Georgiana Uhlyarik and Martina Weinhart, as well as interviews with Lisa Jackson, Colleen Hemphill and Caroline Monnet.