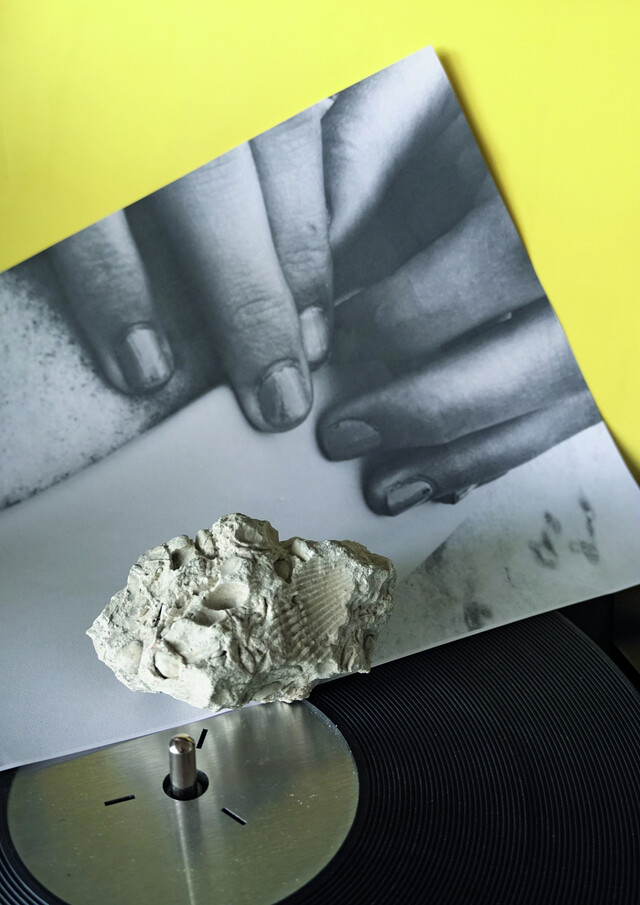 Maya Schweizer’s exhibition Voices at the Museum Villa Stuck is the most comprehensive solo presentation in a museum of Schweizer’s work to date. The museum presents a selection of ten films from the past 14 years and produced one new work, for which Schweizer made a number of visits to Munich to shoot. In the film Voices and Shells, she combined, in both image and sound, footage of her own and appropriated material. Initially, she did research from the sewers—he innards of the city—in order to obtain a point of reference and imagine a memory of unseen images.

Central to Maya Schweizer’s experimental video films are issues of history, identity and memory. The short film is her medium of reflection, her vocabulary for telling a story and creating an impression of reality/realities. Urban spaces as interfaces of individual and collective actions and behaviors often serve as the starting point. In examining those sites, she uncovers social realities, inscribed narratives and superimposed history/histories.

When Schweizer visualizes cultural identity, individual memory or the role of the individual as a political agent, her objective is invariably to create a vicarious experience in the social context. Her reflections on everyday spaces oscillate between documentation and staging. She combines situational observations and documentary material as well as self-produced and found images with sampled sounds and texts into a montage. In doing so, she interwines the various auditory and visual levels to create a narrative structure without ever becoming too entrenched in her own range of topics.

Catalog A catalog will be published to accompany the exhibition in German and English from Verlag der Buchhandlung Walther und Franz König, Cologne, edited by Michael Buhrs and Sabine Schmid. With essays by Zoltán Kékesi and Elena Vogman, a conversation between Maya Schweizer and Sabine Schmid and descriptions of works by Cecilia Canziani, Brigitte Franzen, Dorota Kenderova and Jaro Varga as well as Thomas Kilpper. Design by HIT.

Biography Maya Schweizer, born in Paris, studied art and art history in Aix-en-Provence, at the Academy of Fine Arts Leipzig (HGB) and at the University of the Arts (UdK) in Berlin, where she graduated as Meisterschülerin of Lothar Baumgarten in 2007. Schweizer works with different media, with a particular focus on experimental videos. She has had numerous solo exhibitions (including Westfälischer Kunstverein Münster 2010, Frankfurter Kunstverein 2011, Kunsthalle Baden-Baden 2015, Irish Museum of Modern Art, Dublin, 2016) and has shown her work in group exhibitions and at biennials (including Berlin Biennale, 2006, Centre Georges Pompidou, 2007, The Elizabeth Foundation for the Arts, New York, 2013, Kunsthaus Dresden, 2016, Manifesta 13 Marseille, 2020). Her videos have already been selected for numerous festivals and events, including the 67th Berlinale (2016), the Vancouver International Film Festival (2017, 2019) and the 52nd, 62nd, 65th and 66th International Short Film Festival Oberhausen (2006, 2016, 2019, 2020), where L’étoile de mer was awarded the e-flux prize (2019). Examples of the grants, project grants and residencies she has received include a grant from the Villa Aurora, Los Angeles (2008) and a work grant from the Berlin Senate (2019). Schweizer works in Germany and France.