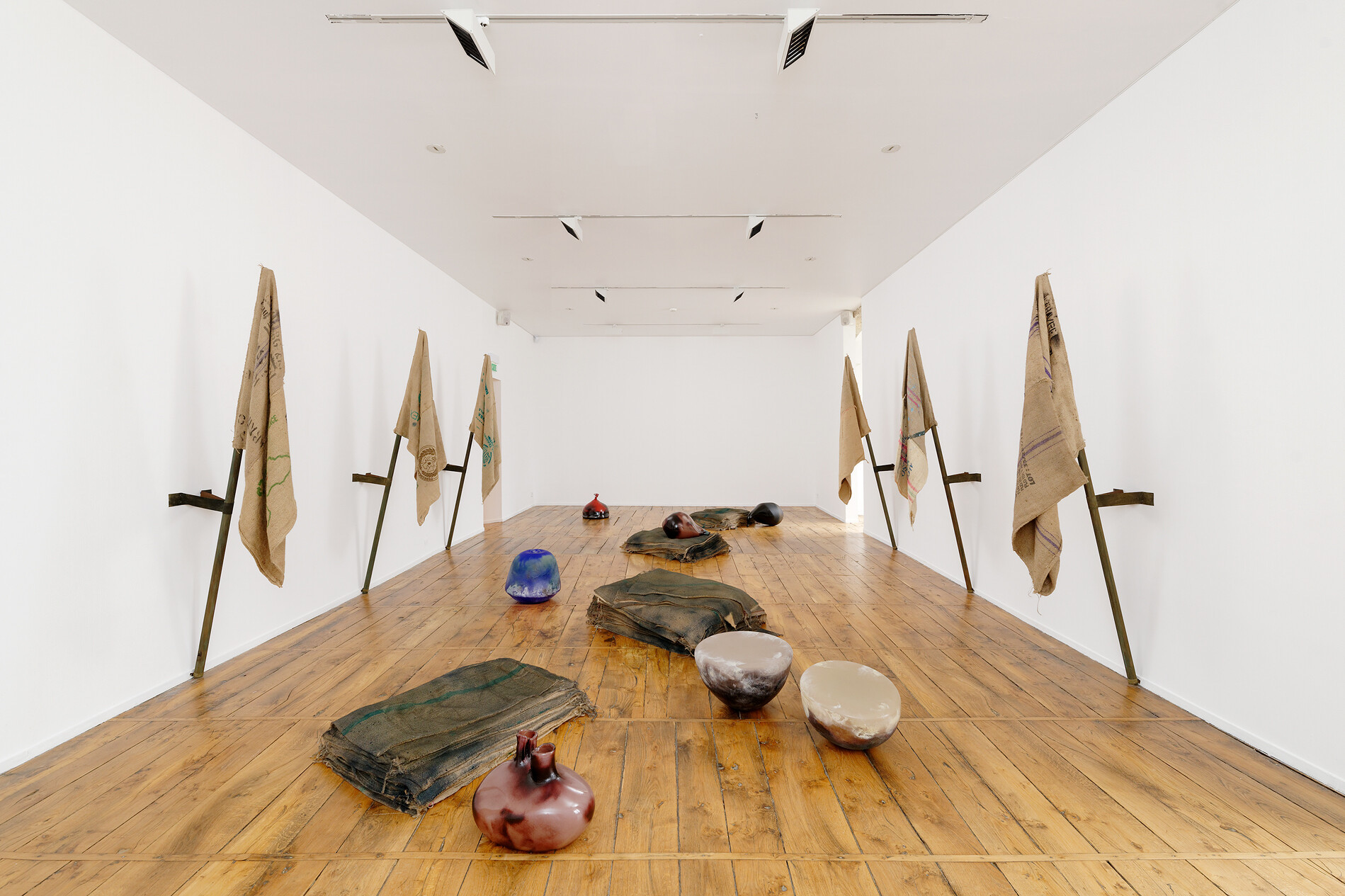 Rochechouart Museum of Contemporary Art is delighted to welcome Michele Ciacciofera for an exhibition occupying the entire castle space, his first solo show to take place in a French museum.

Michele Ciacciofera (b. 1969 in Sardinia) creates work that is graphic and sculptural, often deployed in extensive programmatic ensembles concerned with memory and archaeology, a sense of history and passing time.

Sans commencement et sans fin (No beginning and no end) refers to the name of a collected edition of philosophical essays written by Michel de Montaigne throughout his life. In the present exhibition at Rochechouart, Michele Ciacciofera presents a compilation of more than 100 works made over the last ten years. Some of them are emblematic pieces, reactivated specially for this occasion, in particular his impressive Janas Code installation which featured in the 57th Venice Biennale in 2017.

The works are displayed on all three floors of the museum accessed via the castle’s spiral staircase, sending visitors on a winding journey that fuses organic and inorganic artifacts, and mixes fragments with fossils, politics, writing and archival records.

Michele Ciacciofera has organised the exhibition to set up a network of interconnecting resonances, each piece linked by overarching issues of knowledge and our relationship to the sands of time as they incessantly deposit new layers of the past.

Emerging amongst forms and signs of ritual and magic are letters that evoke cuneiform writing and human figures suggestive of Mycenaean goddesses. Such profusion of historical references tends to compress the past until it begins to merge with the present, making us aware of an underlying collective unconscious, a common vision and way of thinking that mankind has always shared.

Born in Nuoro, Sardegna in 1969, Ciacciofera moved to Palermo where he grew up and at university graduated in political science. Afterwards, he returned to Sardegna for an apprenticeship with the painter and architect Giovanni Antonio Sulas. He has since then lived and worked in Siracusa, Sicily since 1990, and in Paris since 2011 where he now lives and works.

Ciacciofera has always been invested in the relationship between human existence and the natural world. Using a variety of artistic approaches, including installation, sculpture, painting, drawing, theater, video and sound, he freely combines media and methods in his exploration of nature, history, mythology and humanity.

Conceptual artist at heart, he is concerned first and foremost with the subject, narrative and feeling that he wishes to convey, with the materials—drawn from a host of sources—following the concept. He constantly calls upon his background in political science, keen interest in environmentalism, and fixation with individual memory, folding in research, activism, and his own subjective reality to create poetic experiences.

Recent major exhibitions of works by Michele Ciacciofera have included shows at the Museo Marino Marini (Florence), the 57th Venice Biennale, and at Documenta 14 (Athens & Kassel, Germany) in 2017.