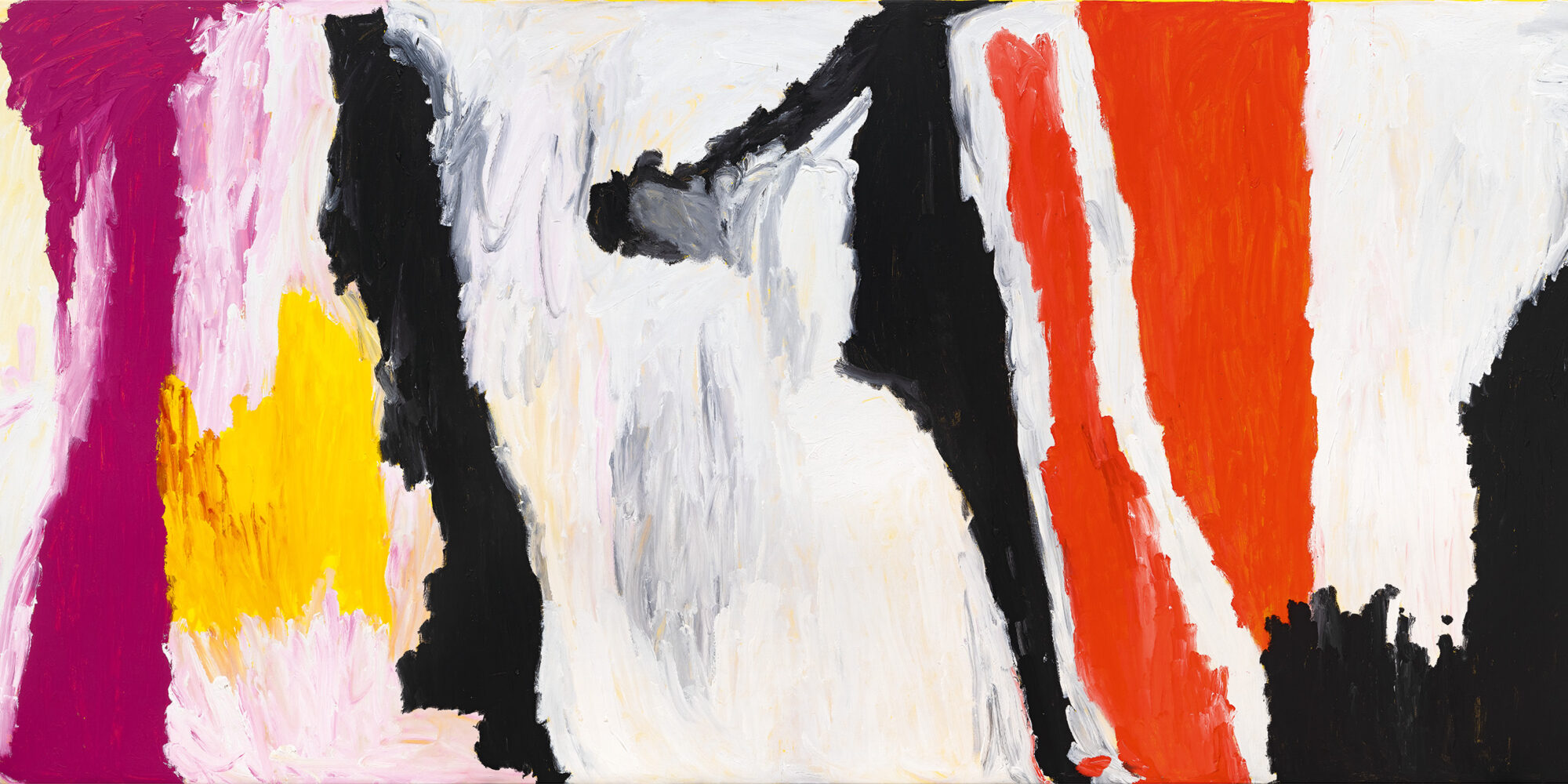 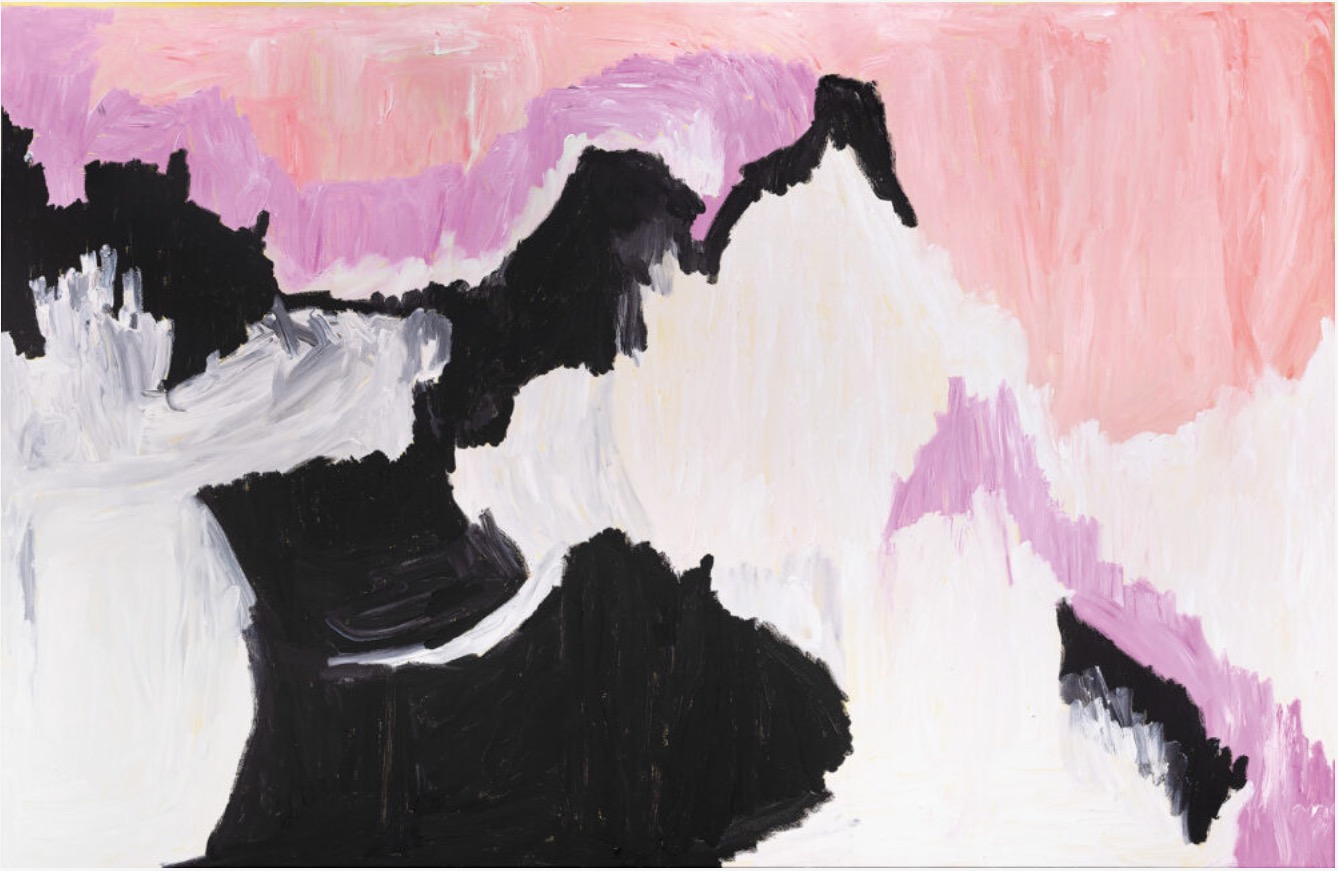 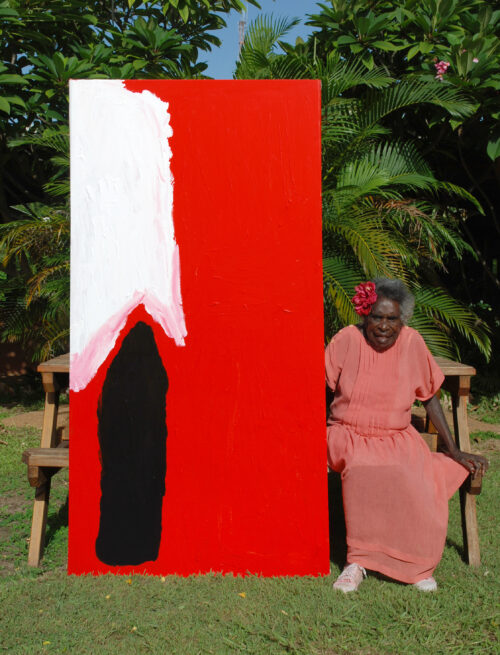 This is my land, this is my sea, this is who I am.
Sally Gabori

Considered one of the greatest contemporary Australian artists of the past two decades, Sally Gabori began painting in 2005, around the age of eighty, and rapidly achieved national and international renown as an artist. In just a few short years of a rare creative intensity, and prior to her death in 2015, she developed a unique, vibrantly colorful body of work with no apparent ties to other aesthetic currents, particularly within contemporary Aboriginal painting. Bringing together some thirty monumental paintings, this exhibition is organized in close collaboration with the artist’s family and the Kaiadilt community, alongside the foremost specialists in Kaiadilt art and culture. They will be present in Paris for its opening to pay tribute to this artist, whose work continues to fascinate for its spontaneous, luminous, and profoundly original character.

Kaiadilt, A Life in Exile

Mirdidingkingathi Juwarnda Sally Gabori was born c. 1924 on Bentinck Island, in the Gulf of Carpentaria, off the coast of far-north Queensland, Australia. She was a Kaiadilt woman who spoke Kayardilt language. Her name, Mirdidingkingathi Juwarnda, comes from the Kaiadilt tradition, which stipulates that everyone is named according to their place of birth and their totemic ancestor. Therefore, Mirdidingkingathi indicates that Sally Gabori was born at Mirdidingki, a small creek located in the south of Bentinck Island, and that her “totem animal” is juwarnda or dolphin.

Largely isolated, with a population of 125 in 1944, the Kaiadilt were the last Aboriginal people of coastal Australia to establish lasting ties with the European. Sally Gabori and her family lived a traditional lifestyle, relying almost entirely upon their island’s natural resources. Like most women, she was in charge of fishing, maintaining the stone fish-traps that dotted the shores of the island, and of weaving natural fibers into baskets.

From the early 1940s onwards, the Presbyterian missionaries who in 1919 had settled on Mornington Island, to the north of Bentinck Island, tried unsuccessfully to convince the Kaiadilt to join their mission. Their attempts were in vain. However in 1948, following a cyclone and a tidal wave that flooded a large part of Kaiadilt land and contaminated their fresh water supplies, the 36 last surviving Kaiadilt residents, including Sally Gabori and all of her family, were evacuated to the Presbyterian mission on Mornington Island. This exile, which they believed would only be temporary, would ultimately last for several decades. When they arrived on Mornington, the Kaiadilt were housed in camps along the beach and the children were separated from their parents and installed in dormitories within the mission. They were forbidden from speaking their mother tongue, resulting in a fracture from their culture and traditions.

From the 1990s onwards, after many years of struggle for the recognition of Aboriginal land rights, Australia passed legislation which finally recognized the rights of the Kaiadilt to their land. A small outstation was established at Nyinyilki on Bentinck Island, allowing those Kaiadilt who so wished, including Sally Gabori, to return to their native island and stay there temporarily.

Sally Gabori began painting in 2005, at over eighty years of age. Her paintings, although abstract in appearance, are as much topographical references as they are stories with a deep signification for her, her family, and her people. They are a celebration of different places on her native island, some of which Sally Gabori and members of her family linked to these places through their names, did not visit for almost forty years. The places she paints are also associated with the political struggle for the recognition of Kaiadilt land rights.

Beyond Kaiadilt iconographic tradition, Sally Gabori’s paintings bear witness to a boundless imagination and audacious freedom of invention, nourished by the infinite variations of light on the landscape, caused by the dramatically changeable weather on the Gulf of Carpentaria. Boasting combinations of colours, an interplay of forms, textured painterly surfaces, and different formats, Sally Gabori painted over 2,000 canvases over the nine years of her artistic career, exploring the multiple resources of pictorial expression in a seemingly short space of time.

Sally Gabori initially worked on a small scale, painting with a thin brush and undiluted colours. In 2007, she transitioned to monumental canvases over six metres long, losing none of the vigour of her gesture or audacity in the use of colour. That same year, inspired by a first return visit to her homeland, Sally Gabori went to considerable lengths to map on canvas the numerous places dear to her. She produced three collaborative paintings over six meters in length, with her sisters and nieces, all born on Bentinck Island before the exodus. Towards the end of her career, she also painted a number of large pieces with her daughters, Amanda and Elsie, and encouraged her other daughters, Dorothy and Helena, to join the Mornington Island Arts and Crafts Centre.

After her death in 2015, the Queensland Art Gallery | Gallery of Modern Art in Brisbane, and then the National Gallery of Victoria in Melbourne presented a large retrospective of her work in 2016 and 2017. Her paintings are now featured in some of Australia’s most important public collections.

An Exhibition of Discovery

This exhibition at the Fondation Cartier presents some thirty canvases by Sally Gabori, including spectacular monumental canvases that punctuated her career, as well as three collaborative paintings done with other Kaiadilt artists, including her daughters. Thanks to some exceptional loans from major Australian galleries such as Queensland Art Gallery | Gallery of Modern Art, National Gallery of Australia, National Gallery of Victoria, Art Gallery of New South Wales and HOTA, Home of the Arts, as well as Musée du Quai Branly – Jacques Chirac, and generous loans by private lenders, the exhibition allows the public to discover an immense colourist whose corpus, profoundly anchored in the history of her people, bears witness to a remarkable pictorial modernity.

To coincide with this ambitious exhibition of paintings, conducive to contemplation and reflection, the Fondation Cartier, in close collaboration with Sally Gabori’s family and the Kaiadilt community, has created a website dedicated to the life and work of the artist. It showcases her rich work and the important cultural legacy she has left to successive Kaiadilt generations. Through countless documents and accounts collected in Australia for this exhibition, this site is the most exhaustive archive ever compiled on the history of Sally Gabori and the Kaiadilt people