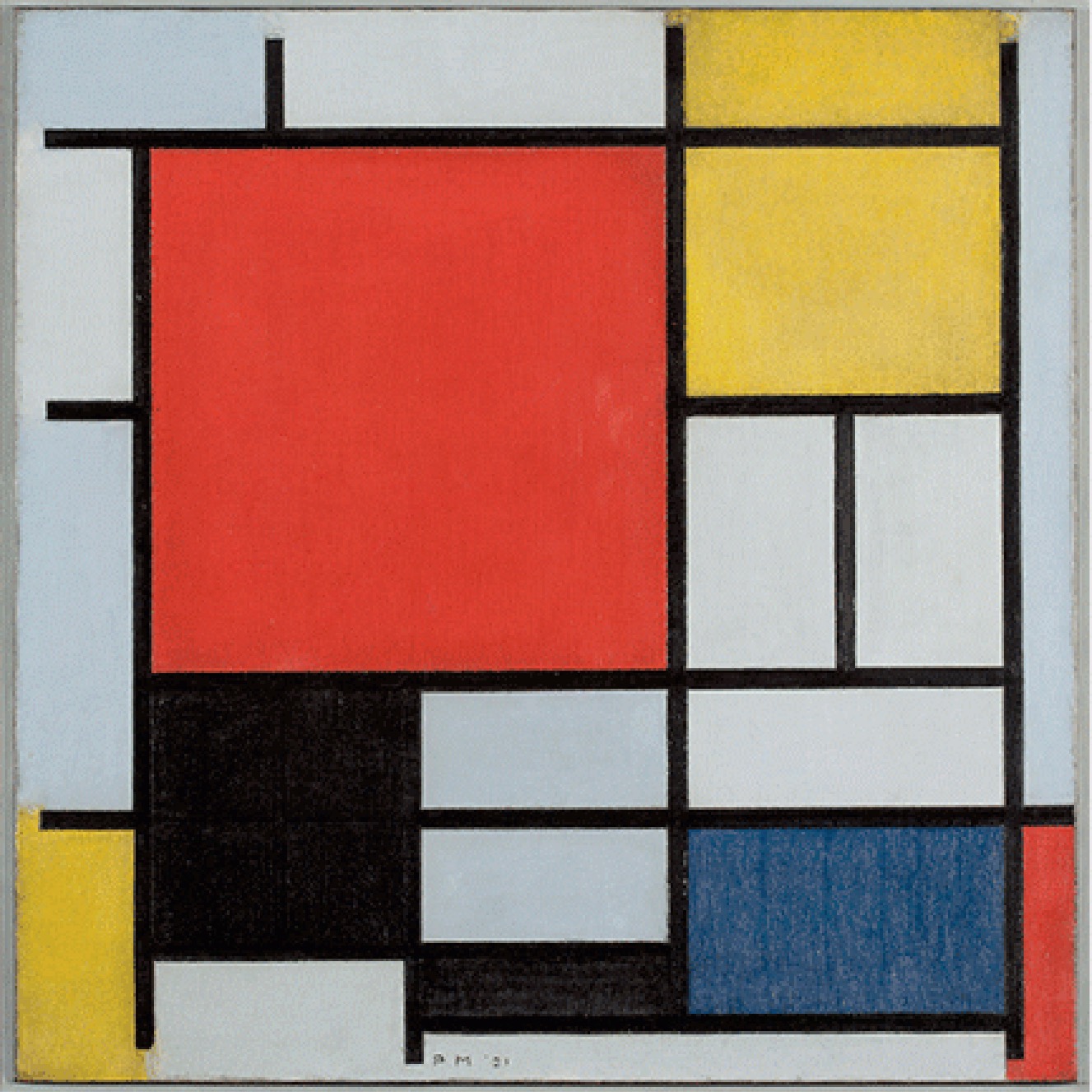 Holland at the beginning of the last century was the birthplace of a totally new form of art, an abstract art based on strict relations between rectangular forms, color planes, and straight lines. In October 1917, during the First World War, a group of young artists in neutral Holland joined forces to create a magazine. Called De Stijl, it presented and promoted this new, innovative art. The new art proved able to demolish the boundaries between disciplines, painting becoming architecture, applied arts becoming sculpture, design becoming art. Artists from all over the world adopted multidisciplinarity and worked together with intensity. It was refreshingly modern: they communicated via the magazine, letters, and mailings, just as artists today use modern forms of communication to reach one another.

Piet Mondrian was the founding father of the new art. A generation older than most of the others, he started in 1892 as an old-fashioned Dutch landscape painter, acquiring incredible skills over a period of almost twenty years. After 1905 he concluded that the quest for beauty—the ultimate objective of every painter—resides not in the subject or in the representational function of painting but in the way forms and colors produce a pictural plasticity that is perfectly able to speak directly to the eye of the beholder. For a while he presumed the source of beauty was hiding inside the painting. This at first led him to erratic ventures in theosophy, but by 1914 his experiments had brought him to the conclusion that beauty resides on the surface, in the structure and composition of color and line. He would need another three years to figure out exactly how it worked, but in 1918 the new abstract art was born. The new plasticity showed how painting could break free of the frame and influence and even determine the environment in which it is presented. The visual arts of the twentieth century were thus redefined as a new form of geometrical abstract art conquered the world and shaped modernity.

The show brings together examples of the work of Mondrian and his fellow artists. The accompanying catalog will shed new light on the way Mondrian looked for ways of presenting his work that would elucidate its meaning and allow onlookers to discover a clear, meaningful relationship both to it and, by extension, to the world that surrounds it. He was well aware that the works he chose for exhibitions could signal his intentions, could say something about his position relative to the work of his fellow artists. His selections also articulated the development in his own art. Mondrian continually broke down his own theories and principles, creating an ever freer, more dynamic, and lively art that still shapes the future.