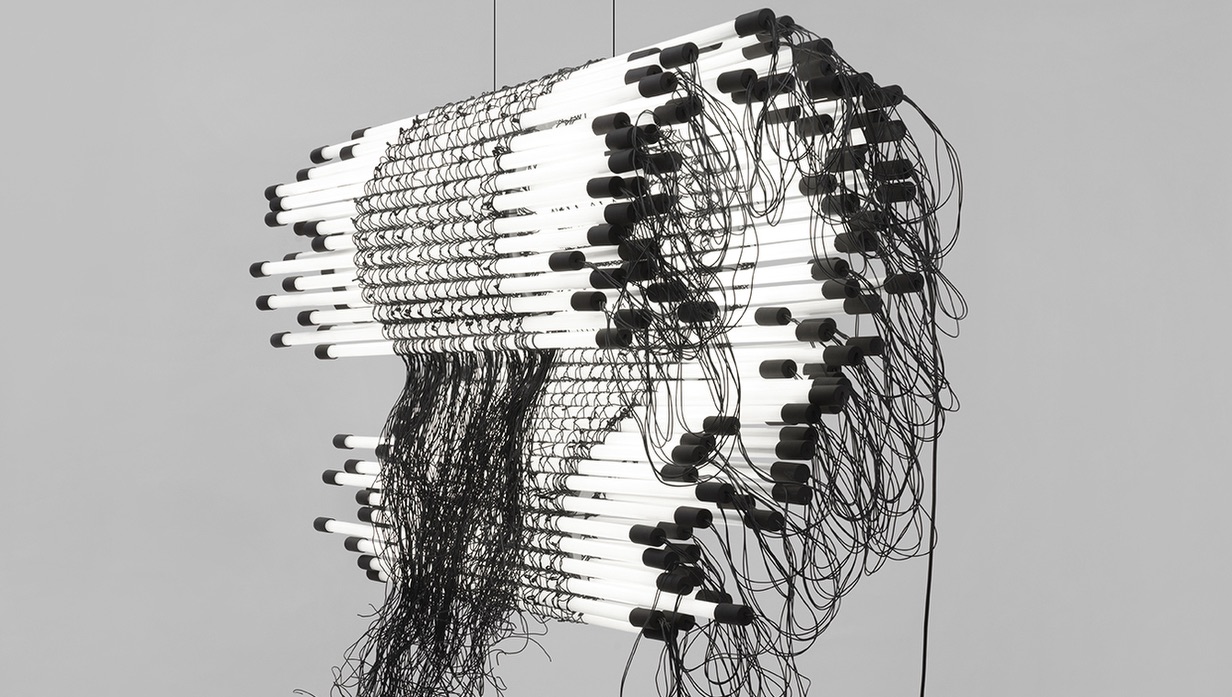 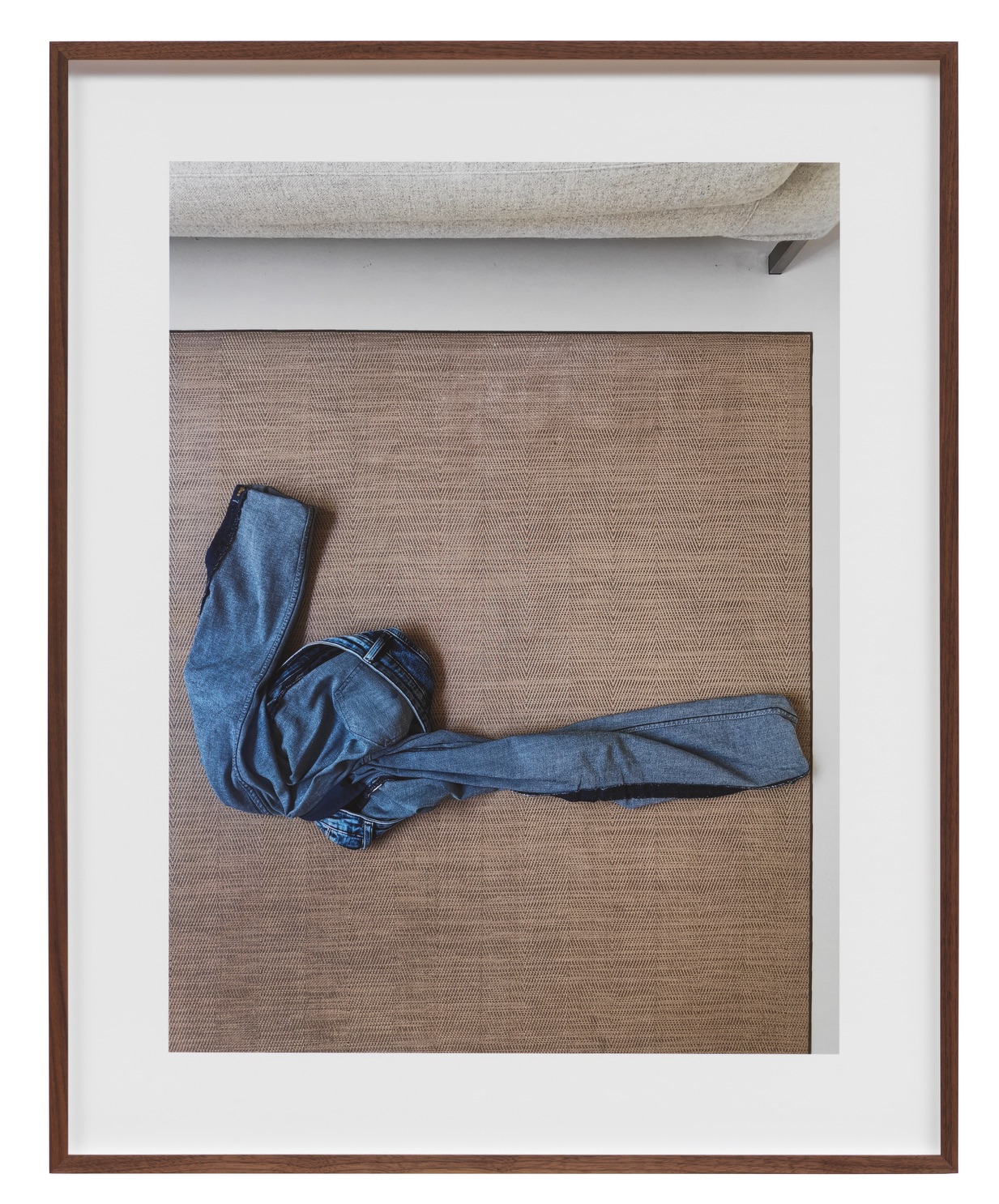 Galerie Peter Kilchmann is pleased to announce the solo exhibition "No Rest" by Monica Bonvicini in our dependance in the Rämistrasse 33. The exhibition will present new and existing works in a wide range of media, including sculpture, photography, works on paper and installations. Reacting to the intimate character of the new gallery space, the show plays with elements of design. Within it, recurring motifs and details from the artist's work raise complex issues of power and equality, allowing poetry and gender to merge with domestic objects, and thus penetrate the private space.

The size of the new gallery in a town house of the 19th century is similar to a home, and when entering such a domestic environment there is a touch of dwelling in the air. Where function has informed space, traces have been left behind – adding a shy sense of private habitat, weaving with a pre-existent narrative into the very floorplan of the house. We read the rooms while we walk, with glossy mirror panels reflecting phrases and quilted carpets contrasting the intimacy of worn clothes with a stylised conception of private space. In one room, lounge chairs wear leather aprons, seemingly waiting to serve. Coffee tables are buckled up with prints of leather belts.

But it is not a sentimental home. The exhibition hands to you a subversive instruction manual and it is up to you to figure out if a revolution might be in your grasp.

Bonvicini’s gaze is one of inquiry - a reminder to the visitor how binary gender roles, patriarchal institutions, class distinctions and capitalist mantras could be deconstructed with rigour, passion, and not at least, humour. It is a reversal of prevailing power relations and conventional representations, shifted into polyphonic objects and images. Everything can be potentially disposed, and the view is oriented to the gaps, and in between the breakage of what was intended to be protective and upholding. Here Bonvicini takes us towards the edge.

Throughout her oeuvre, Bonvicini brings the audience towards this brink, yet it is never a dead end. The perspective is consistently at an angle and with a pinch of ironic salt. Humour jumps in to overwrite the social and political rules of a game that consists of complex interactions transforming the relationship between public and private. While not shying away from being aggressive and forthright, Bonvicini adds a sensitive note to the radical gesture. It is a visual play of words and it is ruthless inside. Stereotyped, embattled, and obsessively inquired images of domination and competition are marked down for demolition, literally.

On the ground floor the artist presents a new wallpaper work, where black and white geometric pattern covers the walls of the gallery. It creates a rhythmical ornament reminiscent of a musical score or 1970s interior design. On closer inspection it reveals itself to be an arrangement of different constructional elements, ranging from chains to metal rings and quick chain fasteners. The title of the work "The Yellow Wallpaper" refers to the eponymous short story by Charlotte Perkins Gilman. Published in 1892, it is an early work of American feminist literature, and tells the story of a woman imprisoned in the bedroom by her husband, wherein the mysterious moving wallpaper becomes a symbol of her entrapment. In the exhibition the wallpaper utilizes this function to reflect on the relationship of private and public, inside and outside, as well as the visitor and the space.

The light sculpture "Bent on Going" (2019) is installed in the basement. Drawing aesthetically from Bonvicini’s series of artworks that feature bundles of LED neon light tubes, it is a raffinate example of how the artist uses industrial products that become literally fused with artisan inventiveness. In the work the tubes are woven together by hand using electrical cables, as a chain link way reminiscent of a Keeffiyeh. The 200 lights are caught in a moment of movement, rolling out of order while blinding with an exaggerated light.

The upper levels of the gallery are opened up with a display of two floor pieces, titled "Breach of Decor (light blue)" and "Breach of Decor (red pepper)" (2020). Each carpet measures 120 x 180 cm and is printed in four squares, featuring pairs of pants carelessly thrown on a variety of floors. The crumpled clothes evoke the feeling of undressing hastily, maybe out of sexual desire or from exhaustion of returning home and going to bed. As a title, "Breach of Decor" refers to a quote by Andy Warhol, when he once visited architect Philip Johnson’s New York City apartment and noticed a pair of underwear on a chair. He perceived it as a breach of decorum in an otherwise pristine setting, begging the question, can privacy be an imposition? On the walls there are also a number of drawings which interact with the domesticity of the artworks throughout the space. One drawing from 2020, depicted in bright pink with coral spray paint and tempera on archival paper, features a quote from the aforementioned Philip Johnson, describing a lover.

In the other two drawings quotations by Natalie Diaz and Roland Barthes are poetically elaborated upon. It is a play on the ambiguity of human relations and the normative imprint of social class, shifting the print from a reflection material to material statement. It is an idea becoming an object, whereby breaking up words and cutting quotes, the words cease to be references. The reversal of order allows them to attain a new, poetical twist, inviting the gaze while also distracting it. In the exhibition "No Rest", the object stares back.

Moving into the room on the left, this investigation of the interior and the private is further explored in a selection of framed photographs from the series "No Rest" (2021) (see invitation card) as well as the glass sculpture "Up in Arms" (2021).

In the third and last exhibition space a humid sultriness is hovering. The installation "Bonded Eternmale" (2002/ 2021) suggests the masculine interior of a gentlemen’s room. Two Willy Guhl Eternit Loop chairs are seated at the end of the room covered in black leather with rivets creating an ornament where one should sit. These apron-like covers evoke the aesthetic of BDSM, which carries through in the new production of side tables "Low as Top" (2021). It presents a minimalist design, where a graphic of black woven belts is printed on the glass. In response to the masculine play of the furniture, the work "40% Pure" (2000/ 2021) steams the air with the scent of whiskey. It features a humidifier which consolidates the space with the smell of liquor and the nostalgia of spaces exclusive to men – from members clubs to boardrooms – in a subversive and humorous way.

Monica Bonvicini is the recipient of prominent international art prizes. Among them are the Golden Lion from the Venice Biennale (1999), the Nationalgalerie Berlin prize (2005), and more recently the Oskar Kokoschka Prize (2020). Currently she has exhibitions at the Kunsthalle Bielefeld, "LOVER’S MATERIAL", on show until May 30, 2021; "Fuori" at the Quadriennale di Roma, through May 2, 2021; "Wände / Walls" at Kunstmuseum Stuttgart until May 30 2021; "Looking at the Midnight Sun" at Lenbachhaus München, until August 1, 2021; "A Fire in My Belly" at Julia Stoschek Collection, Berlin, until December 12, 2021; "Io Dici Io" at the Galleria Nazionale Roma until May 23, 2021; and "Fort! Da!“ at the Lentos Kunstmuseum Linz, until August 22, 2021. Bonvicini‘s new publication "HOT LIKE HELL" will be available in the gallery.

The Kunst Museum Winterthur is planning a major retrospective for autumn 2022.