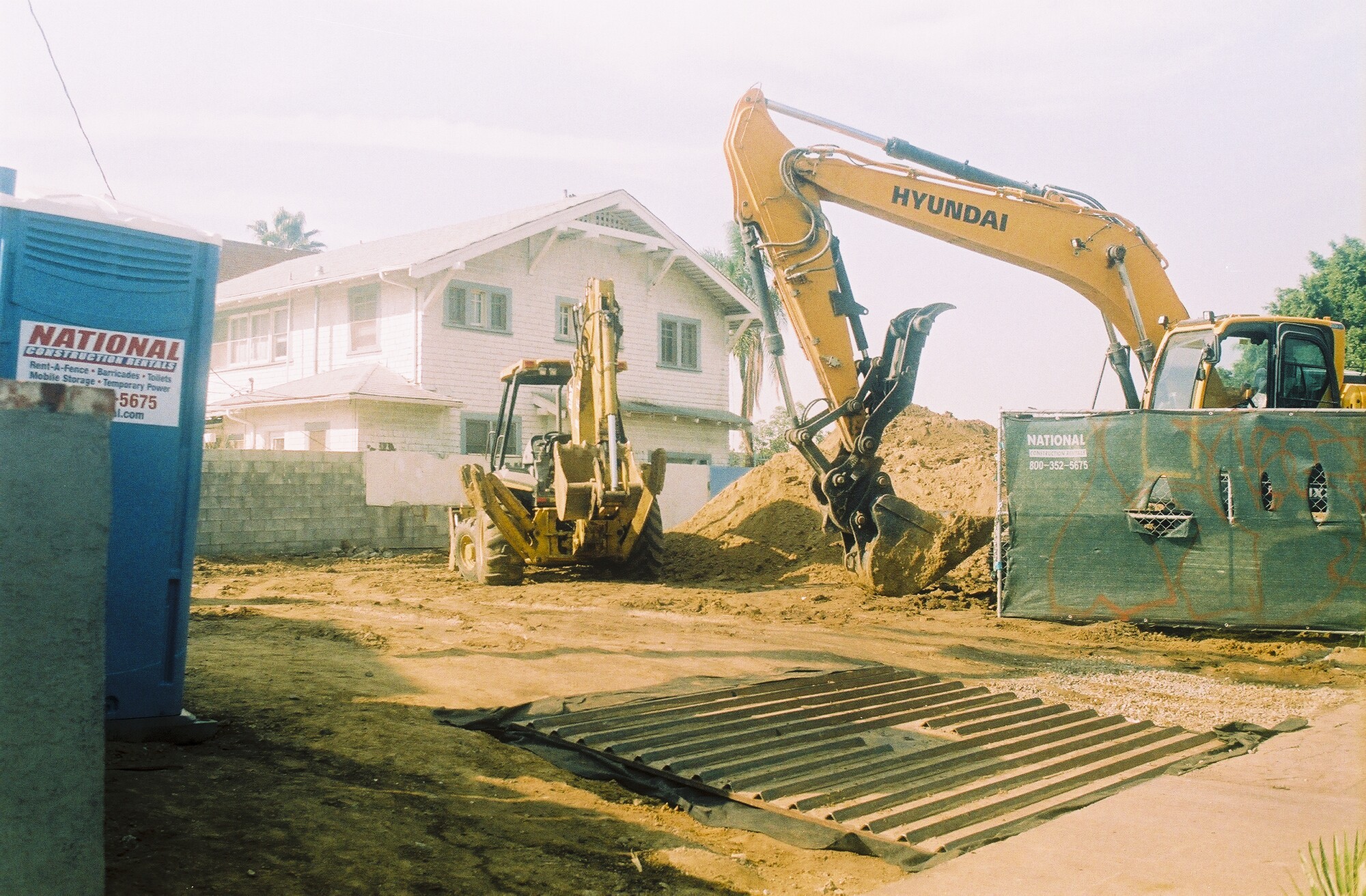 A midcentury modern house is purchased for the sole purpose of destruction. An Alpine family vacation home is dismantled brick-by-brick by the daughter of the builder. City blocks crumble and spaces become debris. In one generation, fully-formed built environments are supplanted by others.

Exploring the lines between demolition, transformation, and extinction, this group exhibition—DEMO—engages four artists’ approaches to reckoning psychologically with the erasure of history that comes with the destruction of both iconic and vernacular architecture. In Southern California, where buildings are regularly thrown away and “touchstones of identity” can no longer be touched (in the words of critic Robert Bevan), how can artists move past well-tread memorializing tendencies to suggest new critical engagement with and resistance to this definitive contemporary force?

Four different records and results of four different spatial ruinations are situated in the landmark R.M. Schindler Kings Road House: one in each studio, each suggesting that wrecking balls are not final acts. Tehran-based artist Nazgol Ansarinia works with the three-dimensional documents of bulldozer-induced change, as interior is forced to exterior. Innsbruck-based artist Margarethe Drexel prepares to disassemble a house in Austria and “inter” it within its own basement, repurposing the house underground as a mausoleum/terrace. Los Angeles-based artist and journalist Lexis-Olivier Ray captures the decisive moment when place is obliterated by real estate. Paris-based artist Yan Tomaszewski psychoanalyzes, through film and sculpture, the demolition of Richard Neutra’s 1962 Maslon House in Rancho Mirage, CA. DEMO is co-curated by MAK Center director Priscilla Fraser and Anthony Carfello.