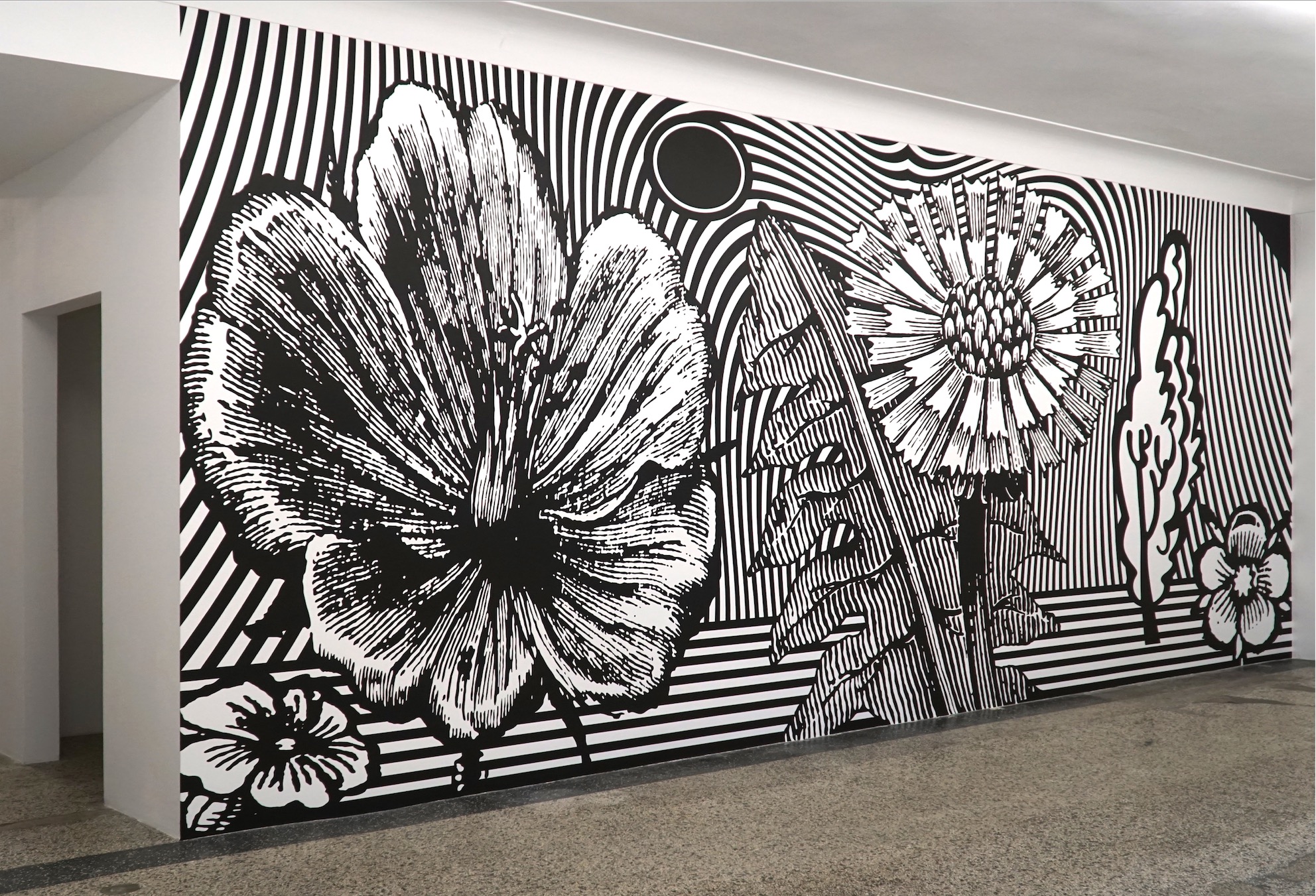 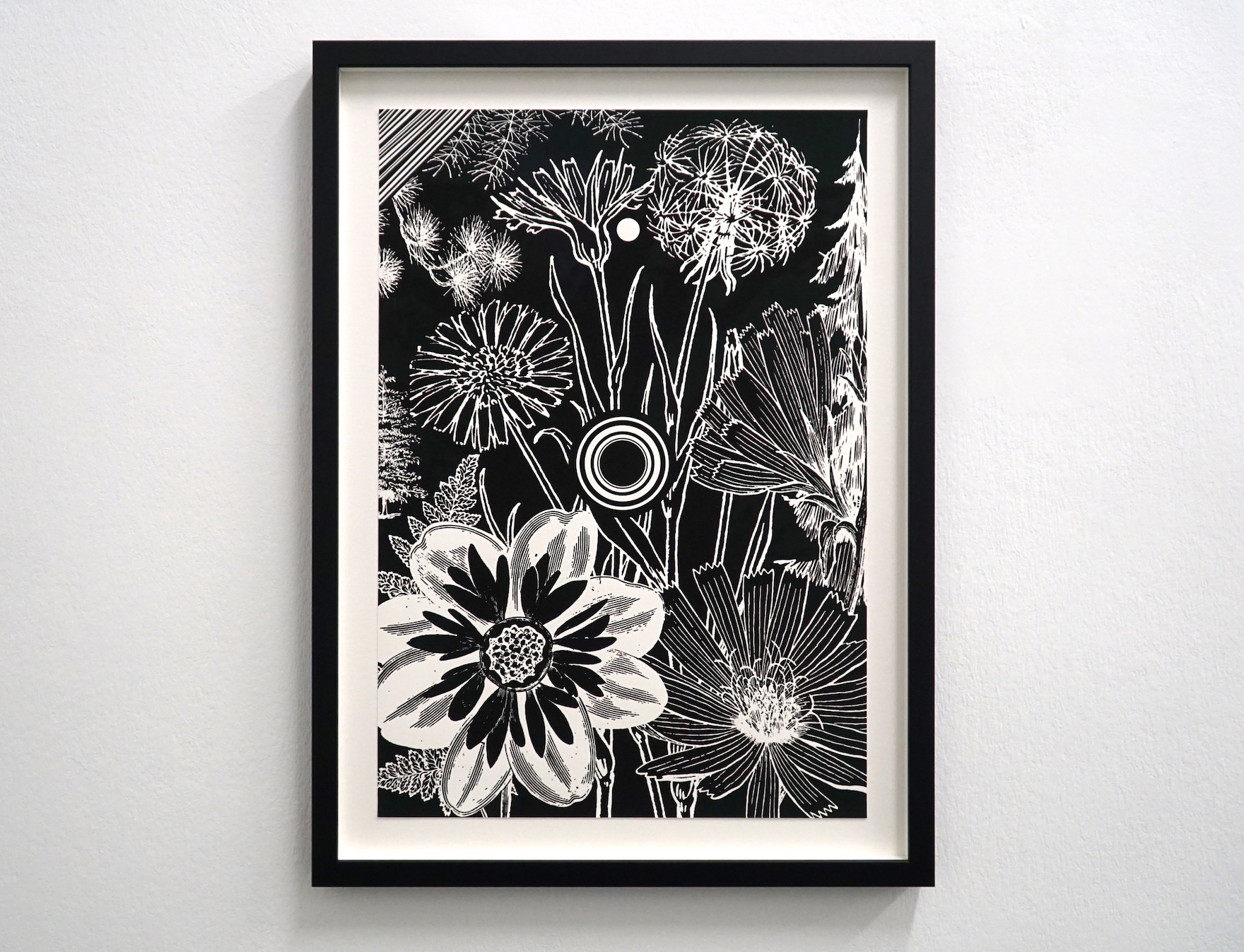 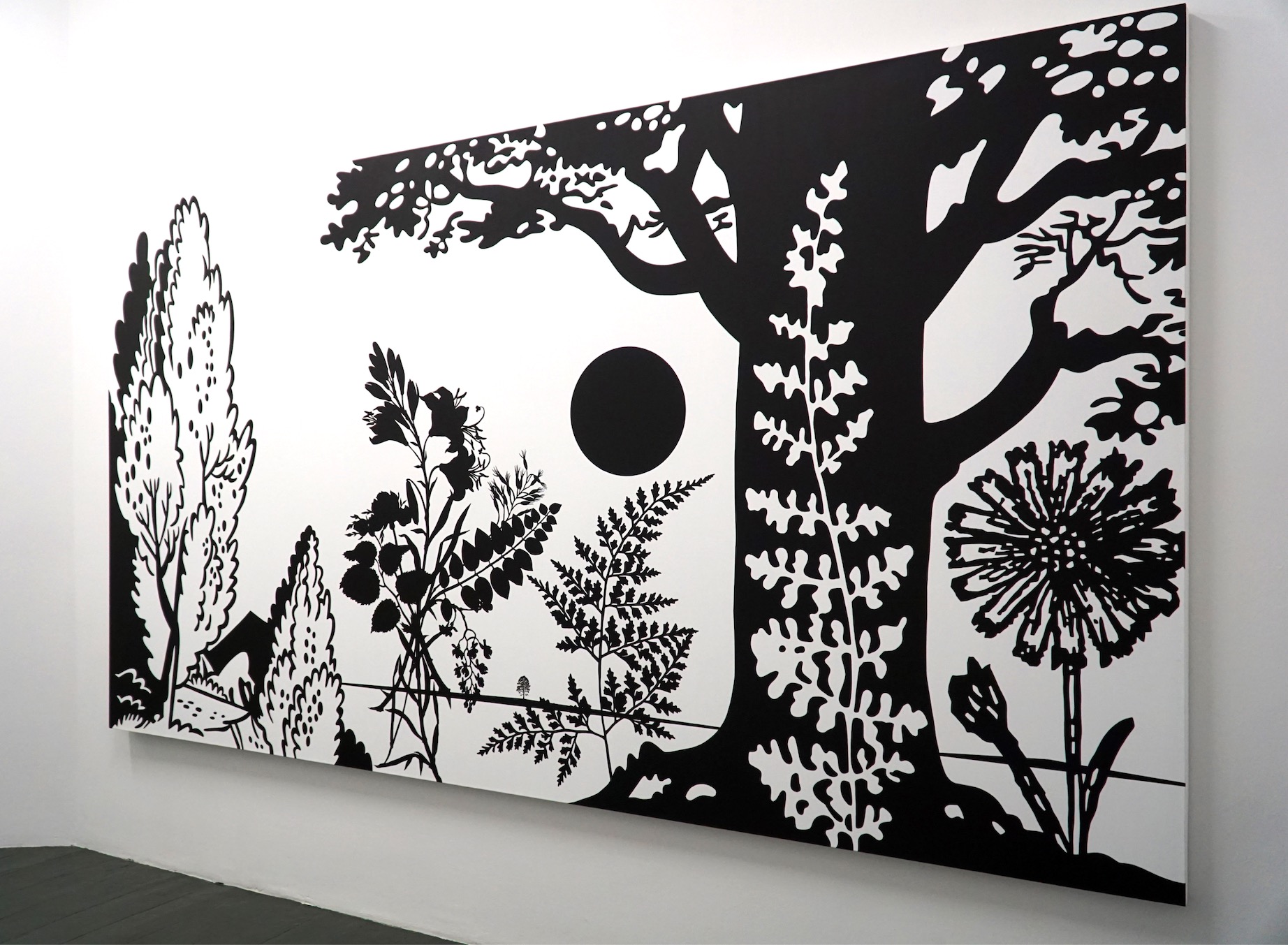 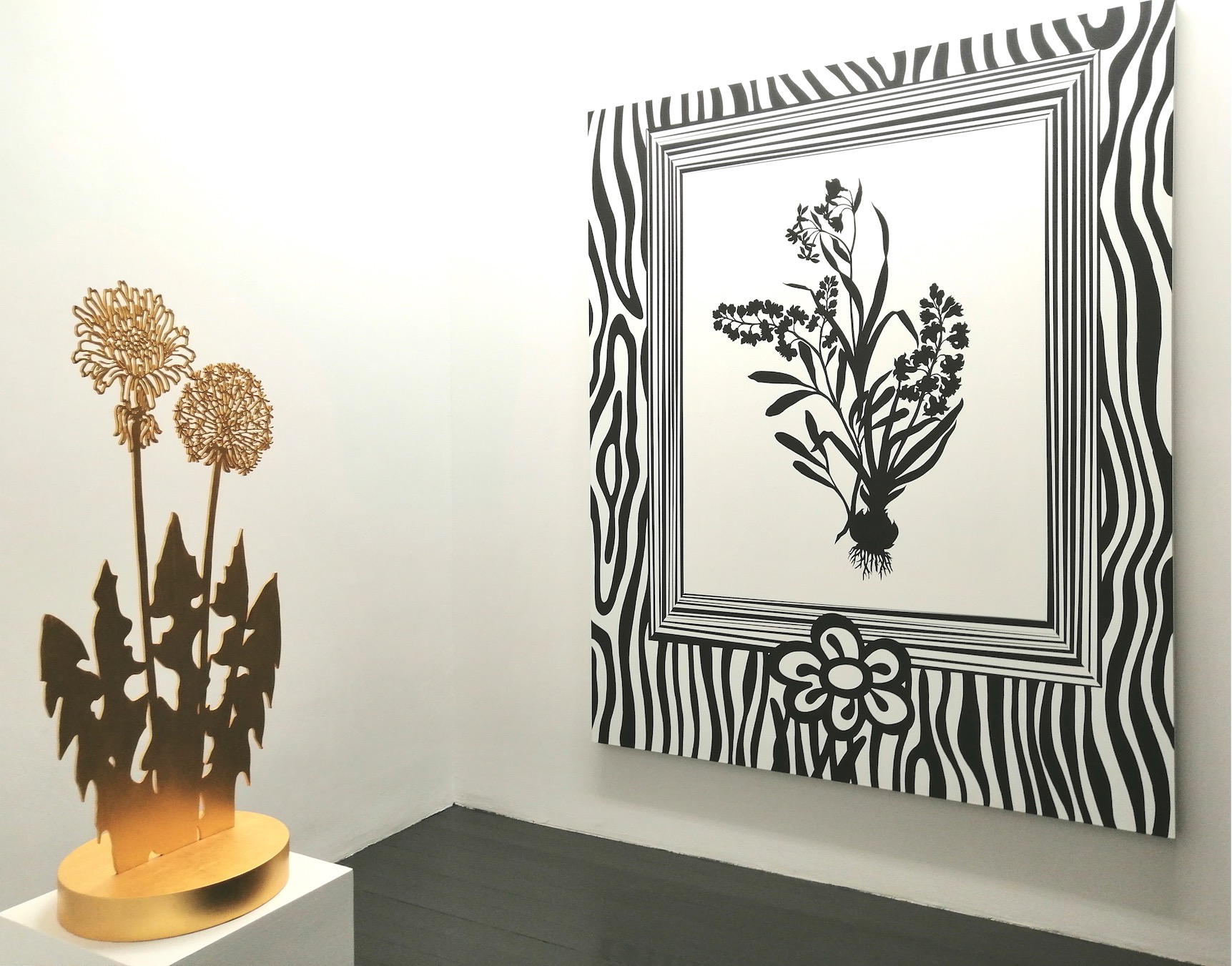 Having received worldwide recognition since the 1990s, Morrison now exhibits in the Rhineland for the first time in over 16 years. Parallel to this show, he is honored with a second solo exhibition at the Knust Kunz Gallery in Munich.

When the yellow inflorescence of the dandelion has closed after withering, it opens again after several days and first repels the dried perianth of the ray florets. The ovaries themselves then are slender, barrel-shaped and have hairy parachutes, carrying them by the wind over long distances.

It is the rough-toothed leaves of the dandelion that, among other things, find their way into Paul Morrison's pictorial worlds, whose varnished plant arrangements attract international attention since over two decades. In times of climate change, they have currently become extremely topical once again, not least because of the artist's consistent devotion to the subject of landscape and flora.

In his monochrome paintings and wall works, Morrison skillfully draws attention to the interweaving of diverse images of nature that seem familiar to us from a wide variety of contexts, transported via various media. For this he devises his scenes of flowers and trees from comics and graphic patterns to historical etchings from the Renaissance or scientific illustrations of botany. Morrison's visual language effortlessly moves from the silhouette of a Disney-style tree to a seemingly scientific fascination for the shape of a branch. Some of his works are reminiscent of photographic experiments or traditional reproduction techniques such as woodcuts. Morrison insinuates, for instance, the illusion of this printing technique in the motif of the wooden slat fence, which can be seen in many of his paintings. The coarse black and white lines not only reflect the structure of the fence slats, but also simulate the technical process of woodcuts. In other cases he works with computer software and manipulates, transforms, stretches or distorts his motifs and plays with the shifting of proportions, when the delicate contours of a large-format metal work disprove their actual size and weight.

Morrison composes arrangements with which he creates images of nature, that are simultaneously formally reduced and surreally distant, that transform the space they occupy into a mapped garden. Thus we encounter his silhouette-like plant pictures sometimes as large pieces of meadow or sometimes as larger-than-life cloves. Not following any kind of hierarchy, but rather playfully and equally precisely entangling themselves in our need for recognition.

Paul Morrison, whom Daniela Steinfeld met as an artist colleague in the 1990s, will realize more than 6 meter long mural for VAN HORN and exclusively present an overview of his own works from his personal collection.