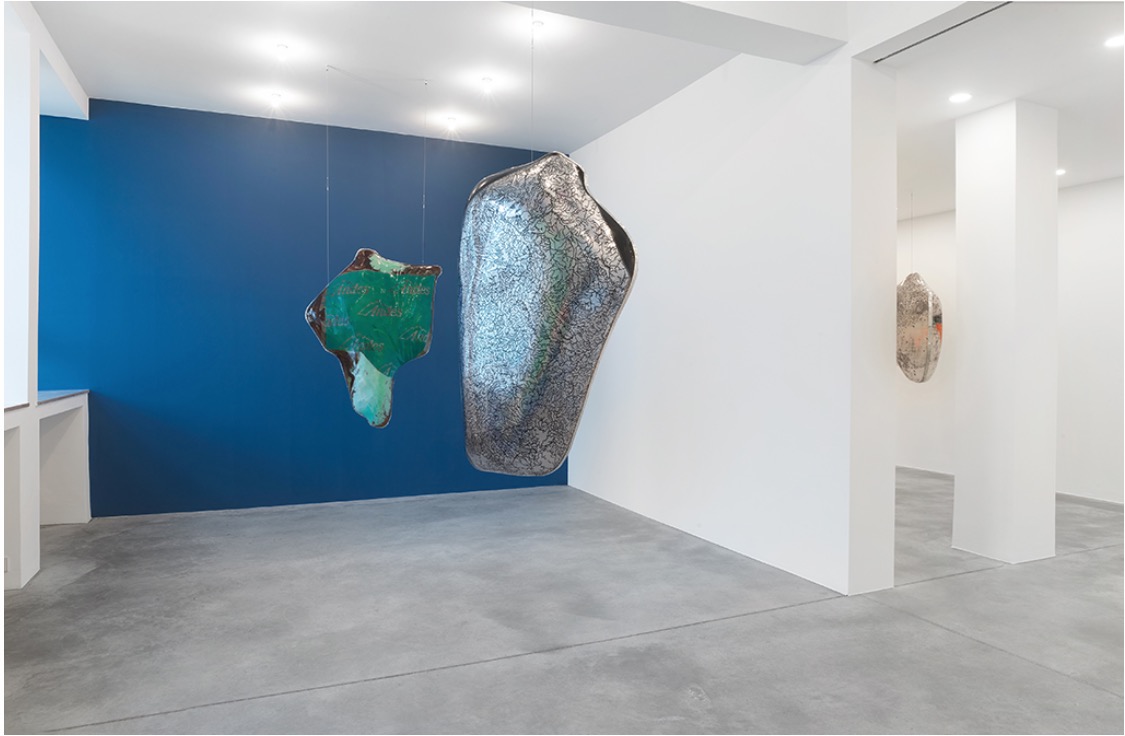 Ragen Moss is an artist whose practice considers the history of sculpture and offers the discourse of sculpture a new turn towards an original and complex use of space. Moss’s proposition for contemporary sculpture is to move away from a flat consideration of exterior rind or mere surface and instead to press sculpture towards capaciousness: a lived and expansive spatial form.

Suspended from the ceiling and made from transparent and opaque materials, Moss’s works ask the viewer to fully circumnavigate them, considering the works at all angles and with a full range of motion: the space within the installation, the space engaged around the works, and, most notably, the space inside the works and through /across their membrane-like permeable boundaries, which enable a new, interior-focused gaze.

Alongside Moss’s pursuit of a new space, she underscores the presence of language as inseparable from form. Moss frequently incorporates and inscribes words and ellipses on and, importantly, within her sculptures. The texts appear on the works as fragments, a parallel for the fragmentary nature of speech when contrasted to our own more stable physical shape. The texts are varied, sometimes citing and borrowing from the law, as Moss is also a practicing lawyer. Amassed together, the works consider what it means to invigorate a total figure and the structural, political and contextual affordances of language.

Ragen Moss’s work was part of the Whitney Biennial in 2019. Her large-scale installation Humane Imagination will be presented at Art Basel Unlimited 2021. Public collections include The Whitney Museum of American Art, New York and The Museum of Contemporary Art, Los Angeles.