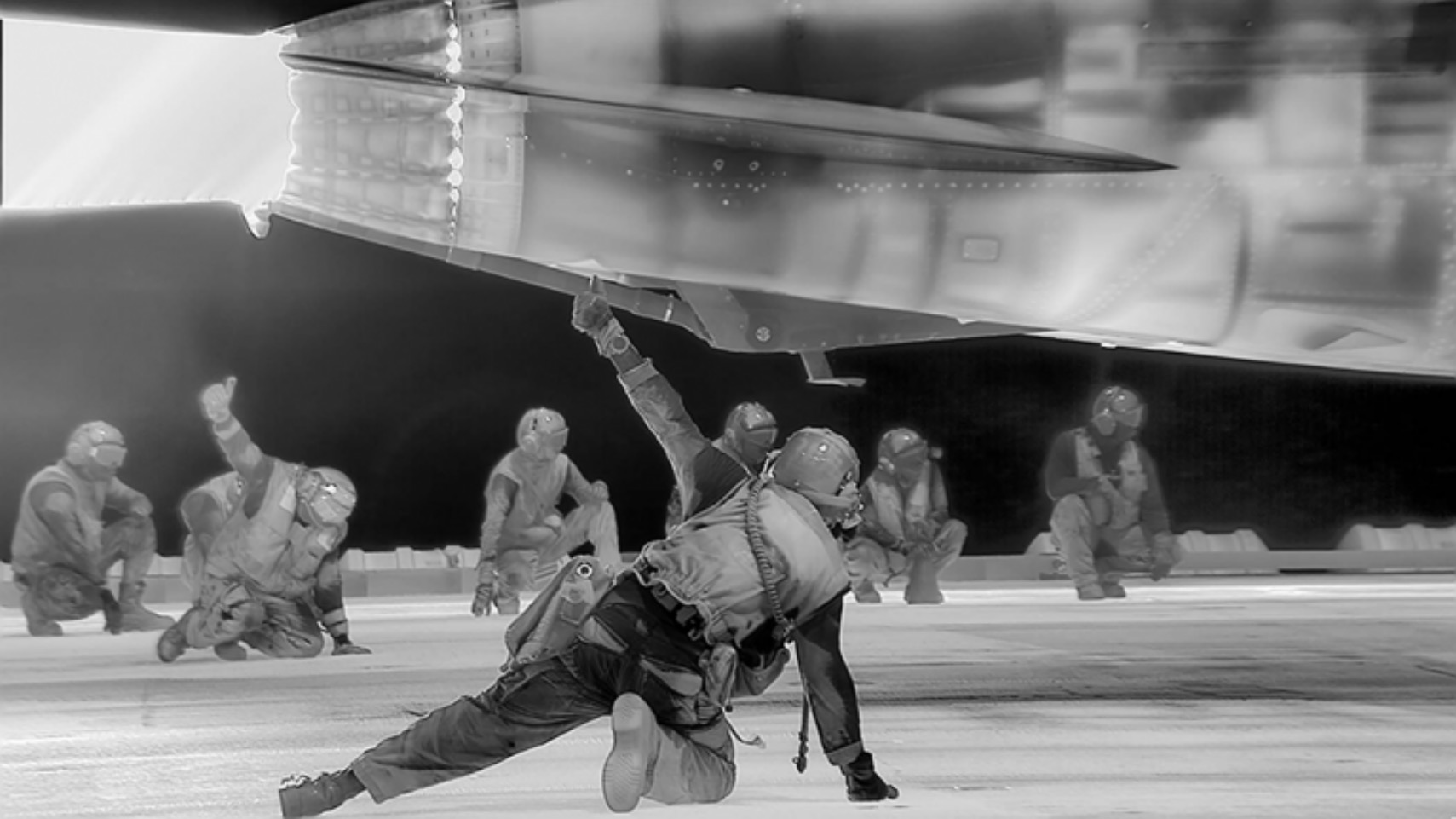 From 2014 to 2016, artist Richard Mosse documented the mass migration and displacement of people unfolding across Europe, the Middle East, and North Africa in an attempt to find “adequate images” for today’s society. Filmed with a military-grade camera that detects and images body heat across great distances, these powerful scenes are on view in the exhibition Richard Mosse: Incoming. Epic in scope and by turns lyrical and vivid, and harrowing and violent, the three-channel video projection Incoming depicts major flows of migrants from regions in Africa and the Middle East to emergency shelters in Europe. The heat-vision camera used creates otherworldly footage that renders covert viewing visible and implicates us — the audience — in seeing our fellow humans as others. This immersive video installation will be accompanied by panoramic photographs from The Castle, a series of “heat maps” or digital composites of refugee camps.