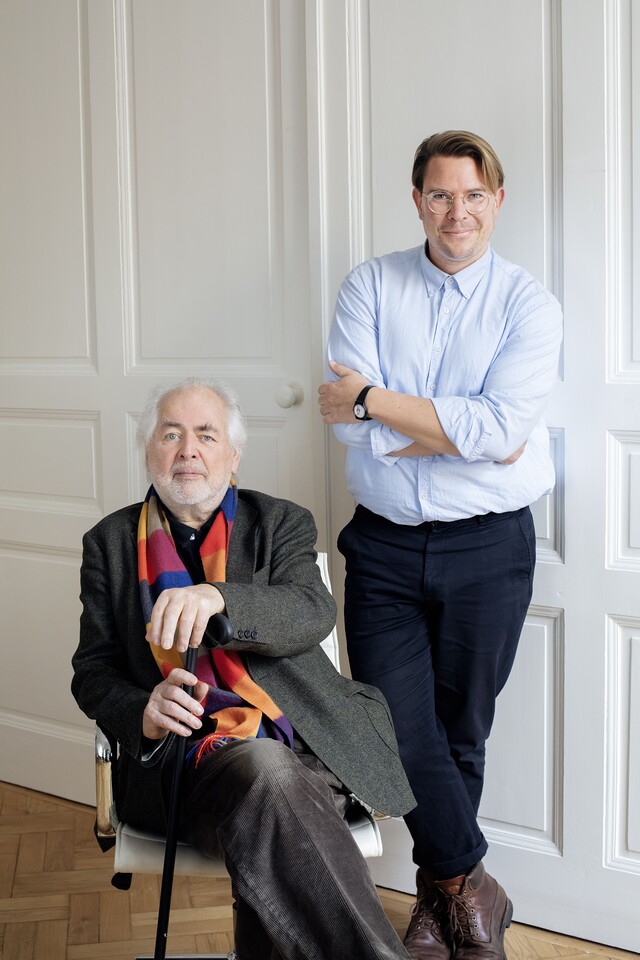 Riga International Biennial of Contemporary Art (RIBOCA) is delighted to announce the appointment of René Block as chief curator for the third edition, RIBOCA3, running from July 15 – October 2, 2022 in Riga, Latvia.

One of Germany’s leading art-world figures, Block has worked as an independent curator for over 50 years. His established career includes holding the positions of director of the Kunsthalle Fridericianum in Kassel, and curator for numerous international biennials, including Belgrade October Salon (2006), Gwangju (2000), Istanbul (1995) and Sydney (1990). In 2008 he co-founded the Kunsthalle 44 Møen in Denmark and continues to operate as its artistic director. RIBOCA3 will be his most ambitious project of the last 15 years. Block emphasizes the significance of the city of Riga where the biennial will take place:

“I simply could not resist the call to Riga. The area around the Andrejsala exhibition venue is an invitation to turn the Biennial into an artistic workshop. A place where the ideas and experiencies of many excellent artists from Latvia will share a space with many awesome international guests. In harmony and respect: RIBOCA3 will create a feast for all senses.”

Working alongside Block, Nico Anklam will act as associate curator for RIBOCA3. Anklam was recently appointed as director of the Kunsthalle Recklinghausen and Recklingausen’s museums in Germany and has previously curated at Block’s Kunsthal 44 Møen. Nico Anklam will also develop the public program for RIBOCA3.

The third edition follows RIBOCA2, which was realized as both a physical exhibition and a feature film—premiering in autumn 2021. The latter was produced as a direct response to, and product of, the global pandemic. RIBOCA3 expands on this global perspective; taking the rich history of the Baltic states as its foundation, it highlights artists from the wider region, whilst inviting international artists to engage with its cultural, historical and sociopolitical context.

The founder of the Riga Biennial Foundation Agniya Mirgorodskaya elaborates:

“We are thrilled to have René Block join us as chief curator of RIBOCA3. Having played such an integral role in the international art scene through recent generations, we eagerly anticipate the perspectives, insights and, perhaps most importantly, the artistic opportunities he will bring. Historically, René has made significant contributions to the exposure of art scenes and artists from Europe’s Eastern regions, and so we are delighted that he will build upon this for RIBOCA3.”

About RIBOCA
The Riga International Biennial of Contemporary Art (RIBOCA) is an international biennial with a European focus and a strong regional profile, founded in 2016. Taking the rich history of Riga and the Baltic states as its underlying framework, the biennial highlights the artistic landscape of the wider region and creates opportunities for artists to enter into dialogue with the cultural, historical and sociopolitical context of the city and its geographic surrounds.

Taking into account criticisms of the proliferation of biennial culture, or “biennialisation” as it has been called, RIBOCA is committed to creating a sustainable model based on best practices that prioritise artists, artistic production and the meticulous presentation and mediation of art. Reflecting the biennial’s global outlook and mission to increase artistic engagement between the Baltic region and the rest of the world, a significant proportion of the commissioned and selected artists either live, work, or were born in the Baltic region. RIBOCA sees itself as a critical site of artistic experimentation and knowledge production, an activator of co-operation and exchange between local and regional actors and institutions.